I will never get why the WWE has a tag team division.

We have the Uso’s, The Bar, The New Day, Sanity, AOP, The Revival, The Good Brothers, The B Team, The Ascension, Epico and Primo, Breezango, and then… you have the thrown together champions: Gable and Roode and now, Miz and Shane as ‘Team Daddy Issues’. Not to mention, they just threw Nakamura and Rusev together…good grief. They bring up Heavy Machinery, but why? NXT teams seem to have a shorter life span than TL Hopper or the Goon, and its not for lack of talent. 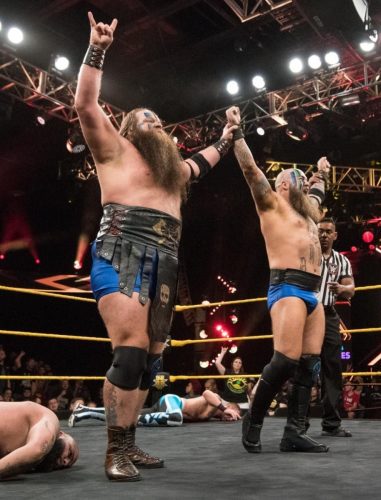 So why the heck are these teams that were successful in NXT not translating on Raw or Smackdown?

It’s a mind-boggling question, because if you watched NXT UK Blackpool or NXT Takeover Phoenix and the Drake and Gibson vs Moustache Mountain and The War Raiders against the Undisputed Era tore the damn house down in opening matches. These teams got a solid amount of time on a PPV to show what they can do in the ring and they did not disappoint at all.

So, I ask why can’t the WWE creative team and writers use a Revival, American Alpha, AOP, Sanity, etc. correctly and run with teams that lit up NXT? Hell, why is it that Smackdown has the most lopsided tag team division in the history of the WWE?

Check this out. Uso’s, The Bar, The New Day account for the last 16 title reigns on Raw and Smackdown and they are all on Smackdown. Raw has: The Revival, The B Team, Breezango, AOP, and the Ascension. Does this seem like the teams are evenly split between to the two shows? Hell no!

Yet, there is a need to throw two singles wrestlers together to form a team. It’s no wonder the Young Bucks or Briscoe’s never signed with the WWE. It’s no wonder the Revival is trying to get out of their contracts to move because they see how this is heading for teams coming out of NXT. Pushes lead to no man’s land or nowhere in general. Welcome to the mismanagement of a tag team division.

Watching I can see some missteps that have happened with some of the NXT tag teams that have come up, some controllable and others out of the wrestler’s hands. Here’s my breakdown. 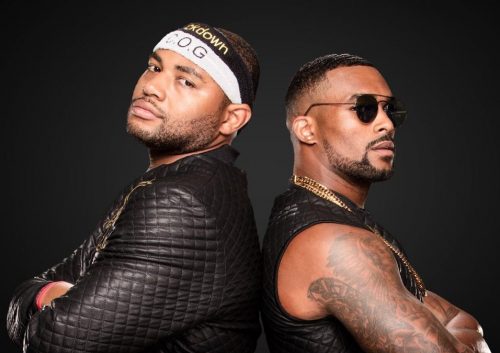 If I was the War Raiders, The Forgotten Sons, The Street Profits or Undisputed Era, I fret getting a call from Raw or Smackdown at this point because these are teams that could have a bright future. The sad thing is, the bright future might be staying in NXT and not making the main roster. Because it is pretty evident the WWE doesn’t know what to do with pure tag teams.

Long gone are the days of the Killer Bees, British Bulldogs, Hart Foundation, The Islanders, Demolition, the New Age Outlaw, APA. the list goes on and on.

Hopefully Heavy Machinery isn’t the next casualty on this list. They seem to have an upside and connect well with the fans.

Unfortunately, that doesn’t mean much when it comes to the WWE. A loaded roster and misused teams seems to be an excuse for throwing the Tag Titles of either show on singles wrestlers – just to appease an ego here and there. Oh well, it’s only a matter of time before Miz and Shane implode, and we have another broken pairing. The WWE is single handedly redefining the term “Tag Team Turmoil”.