Kurt Angle’s Wrestlemania 35 will be his last WWE match. The internet is buzzing about who is he going to face? Brock Lesnar has other things on his plate. Big Show…could be interesting but no. Jason Jordan…big fat no since Jason is on the shelf with a bum neck and doing more producing backstage then wrestling in front of a camera. Why not end with someone he gave a monumental beginning to? 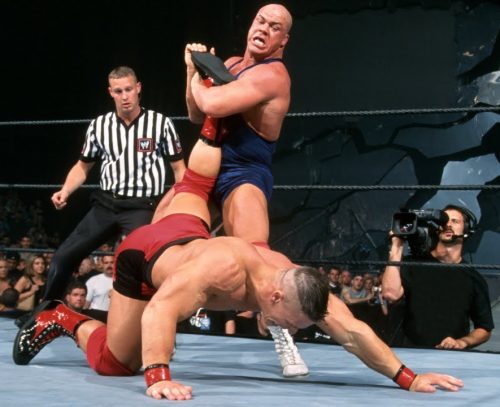 Let me take you back in time June 27th, 2002, the All State Arena in Rosemont, IL for Smackdown. I was sitting in section 116 with one of my buddies getting ready for a good show. And the first match did not disappoint at all.

A card that saw Hogan squaring off with Chris Jericho. Brother D-Von & Batista pitted against Farooq and Randy Orton, Billy & Chuck the WWE Tag Team Champs facing off with Hardcore Holly & The Big Valbowski, Rikishi one on one with Test, Cruiserweight tag team action with Kidman & The Hurricane versus Tajiri & Jamie Noble, Lance Storm defeating Mark Henry. Pretty loaded card. But the show stopper happened in the first 10 minutes of the show.

Kurt Angle came out to the ring to open the show and issued an open challenge. Just a night before on Raw Vince McMahon told his roster to show some “Ruthless Aggression”. As Angle stated his piece in the ring out came a fresh-faced wrestler named John Cena. A lot of West Coast fans knew the man under the name Prototype. But this was his first television exposure to the WWE fans base (not yet a universe).

Cena answered the bell and went toe to toe with the Olympic hero. A match that saw a lot of back and forth in only 6 minutes of in ring action. Angle would eventually get the best of Cena, but Cena got something much bigger from Angle. John Cena got a big rub from Kurt Angle that shot him to the top of the WWE for years to come. Cena would not have gotten to the top of the wrestling mountain in the WWE without that first match with Angle.

Why is this match important? 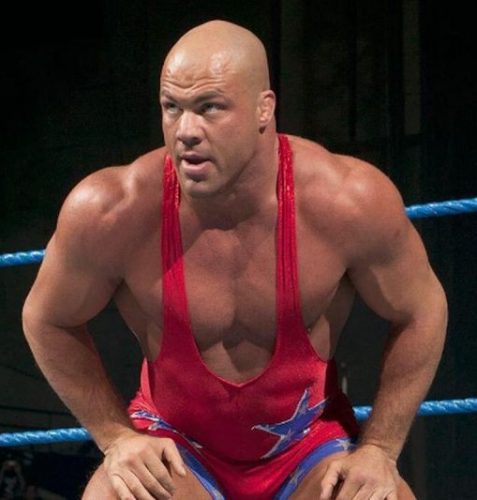 Fast forward to present day March 15th, 2019. Kurt Angle is about to ride off into the sunset. Wouldn’t the best choice for his Wrestlemania opponent be a guy he set on one of the most dominating paths this generation might never see again? Shouldn’t this be poetic justice that the same rub Cena got from Angle is given back to Angle in a grand send off that he so richly deserves?

The answer(s) are simple. Yes.

The match is important because Kurt Angle who was arguably the best wrestler on the WWE roster at the time just put over a kid that would carry the company a good chunk of the last two decades. The historic ramifications can’t even begin to be put into words. This was a true passing of the torch.

Kurt Angle deserves a recognized opponent that can give him the same rub he once gave. An opponent that Kurt Angle ascending in one match with his own wrestling skills and can give Kurt the match he so richly deserves right back. That man is John Cena. Cena not only benefitted from his match with Angle, but also from a hand shake backstage from none other than the Undertaker. Being at the All State that night, the pop Cena got from Taker shaking his hand was almost as loud as the pop Taker got just being on the screen. Take it from someone that has been in that arena well over 150 times, it was pretty damn loud almost as big a pop as when Stone Cold Steve Austin was in town.

There were no half-crowds chanting Let’s go Cena, Cena Sucks. There was a standing ovation for a kid that just had his first in ring televised match against one of the best wrestlers the WWE had to offer. And the crowd appreciated the wrestling display they put on by Angle and Cena. Without a shadow of a doubt Angle carried the action like any great professional would do with a rookie, but Cena did show he had a ton of potential. That is why this match was important. It started Cena’s ascend. 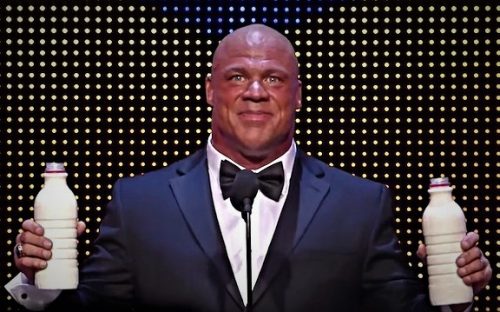 Over the past several years Cena has come back left and right to give people the rub before heading back to Hollywood for more movie and TV making magic. Just recently in his return to Smackdown her came back and put his support behind The Man.