Normally, I like to write about what I see is happening in wrestling and my opinions on the scene. I get this is Wrestlemania weekend, and the WWE has this big old spotlight on them because of their three-day weekend of NXT, the Hall of Fame and the Big Daddy Wrestlemania.

But I’m taking a side step: No predictions, No news, No opinion. I wanted to focus on All Elite Wrestling signing Jim Ross to a 3-year deal.

I’ve been listening to Jim Ross call wrestling since the late 80’s. UWF replays to Crockett Promotions. Then, to the WWE and NJPW replays. He has this voice that just screams excitement.

When we lost Mean Gene Okerlund this year, people said we lost a guy that put the talent over. I’m not here to argue what Mean Gene did for the talent and how he put them over. But Jim Ross made the talent shine as much as Gene in different ways. 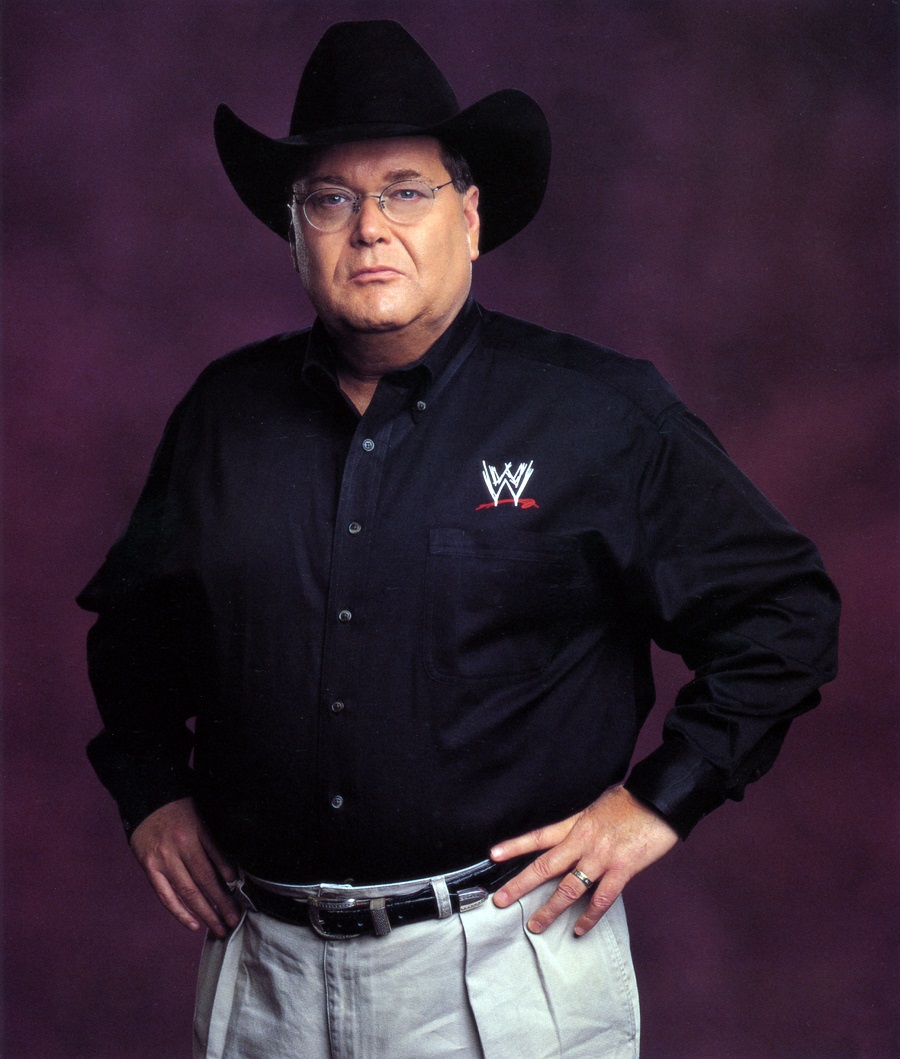 What about some of the calls with Mick Foley as Mankind? From the sit-down interview where the Mandible Claw got famous to Mankind being thrown off the Hell in a Cell at King of the Ring 1998. This is what rings every time I see a clip of that one scene…

His call along with Lawler single handedly made Mankind a face from one of the most despised heels. If you didn’t sympathize with Mick being tossed off the cage and coming through the cage, you weren’t a real fan. JR’s emotions came through the TV in such a way you were aching along with Mick Foley.

Milk-O-Mania when Angle came out and gave the Alliance a Milk Bath. Jim again piped up with. “The Million Dollar Princess has become the Dairy Queen.” 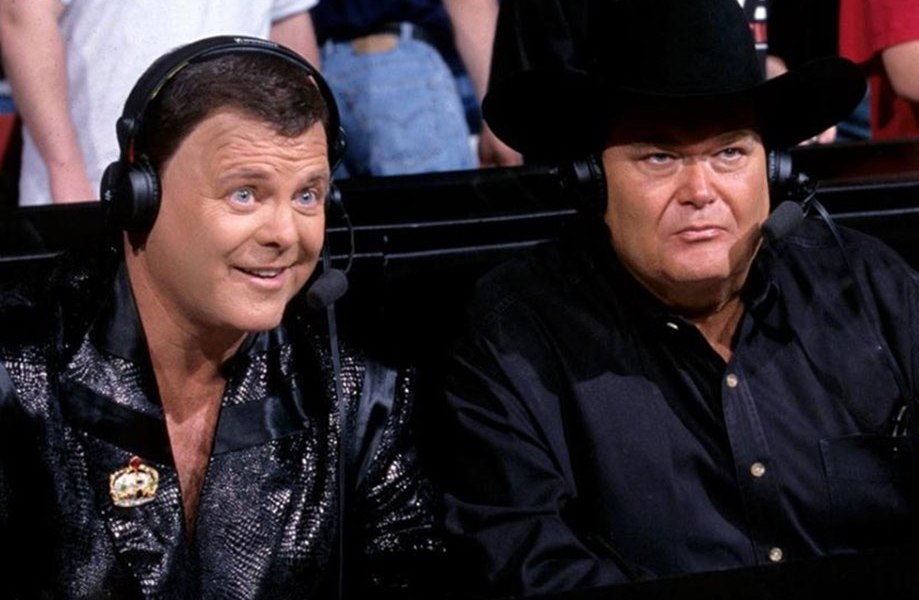 If you weren’t at home laughing hear this call, you had no sense of humor at all. That is what made Jim Ross great. These are just a few I can recall off the top of my head that stick out.

He mixed in seriousness, with facts along with a twist of humor. He kept his partners on their toes and at times in check especially when King went puppy happy. But the bottom line is JR called some of the great matches in the WWE Attitude ERA and made some of the greatest characters come to life with those calls or a simple phrase.

Take a peak at Jeff Hardy and his match with The Undertaker which was a ladder match and it was a war. Jeff was a total underdog to the Big Dog of the Yard. Jeff got a little gap and Jim proclaims, “Climb the ladder, kid! Make yourself famous!” A little biasness never hurt an announcer. You can feel JR urging, nay, willing Jeff Hardy to beat the Undertaker. Although it didn’t happen, that call ascended Jeff to another level.

Cody Rhodes signing Jim as soon as his WWE contract is a great move not just for AEW, but for Wrestling fans in general. JR is a known name in wrestling and always will be, he is a known voice which fans recognize. He will make fans watch AEW and he will draw crowds. If you don’t believe me…let me tell you one story.

I was at Monday Night Raw when the WWE announced Jim Ross was going into the Hall of Fame. I can tell you after going to 29 straight WWE events at the All State Arena from 1999-2007 and seeing the pinnacle of the Austin ERA, the return of the nWo, the debut of Y2J, the People’s Champ, and Deadman Inc, that the arena was not as loud as it was that night when they showed the vignette saying JR was heading to the Hall of Fame.

Ovations like that speak volumes. Especially in a city like Chicago. We boo the hell out of championship coaches and players once they lose their edge. We run coaches out of town and players that under perform like we are just order our morning coffee. But when we love someone that entertains us we cheer like no other and that night on Raw we gave JR the thanks he deserved for endure some of the crap the WWF and WWE put him through. I just wish I still had the tape of that Raw so I can post it on Youtube so people can see that moment over and over again because it was that emotional for the fans as it was I hope for JR.

AEW… You got a gem in Jim Ross. A Golden Voice. Not that this is something you didn’t know before signing him for 3 years. But from a fan of the industry and business, you just earned a lot of respect with one signing of a non in-ring performer.

Kudos to AEW on a great signing. And Congrats to JR. I can’t wait to listen to that voice for 3 more years and hearing more historic calls.