Another week, another disgruntled wrestler. What else is new?

I’ve read all the stuff about Sasha Banks, Luke Harper, Dustin Runnels and people’s opinions on the situation, why she or he wants to sit out their contracts or get outright released. Dustin got his wish because of Triple H. The other two…not so much.

My first big problem is the word “CONTRACT”.

Let’s look this up for a second. What is the definition of the word contract?

An employer comes to me and says I’ll make this much money a year if I sign this contract giving my knowledge and professional skills to a specific company or entity. I’m excited, honored, and I sign the contract. But two years into the contract, I don’t like the direction of the company (or said entity) so I’m going to blow off my obligations and sit at home and not comply with the contract I signed.

What do you think would happen in the real world? I’d be in breach of contract, fired and possibly sued if not all three.

Here’s another definition of the word.

enter into a formal and legally binding agreement.

Fun with words time is over.

I work with contracts and legal contracts every day. No, I’m not a lawyer, it doesn’t matter what I do. I sign the legal binding contract and if anything goes wrong, I can be held accountable. If something doesn’t go the way I need it to and some bad happens on the other party’s end, then the other signing party can be sought and held accountable. This is what a contract does. It’s binds people, mostly in a work environment to specific parameters. With this being said let’s go to the next thought here.

Someone needs to explain to me why people are pissed at the WWE for holding wrestlers to their contracts and not letting them out early? Or tacking on time when they don’t want to perform, or can’t perform?

The talent signed a binding contact. If their agents were there, and the WWE had their lawyers there, and they agreed things, they shouldn’t be bitching. And every day they sit out, the WWE should add time on for services not performed.

Here’s the deal, folks. When a performer gets signed, they should have a lawyer and possibly an agent present. If they have certain concessions, or don’t like specific terms or guidelines, then don’t sign the contract. Have your lawyer and agent check, check and double-check all the wording. It’s that damn simple. When you are signing any type of contract, you become part of that binding contract – like it or not.

I have no empathy or sympathy for wrestlers that see the dollar signs and then when things don’t go their way in the squared circle, they want out of their binding agreements. People saying let them walk, or they should be let go, I’m sorry that is not how businesses works in wrestling or the real world. So why do wrestlers think they have the right to take their ball and go home? 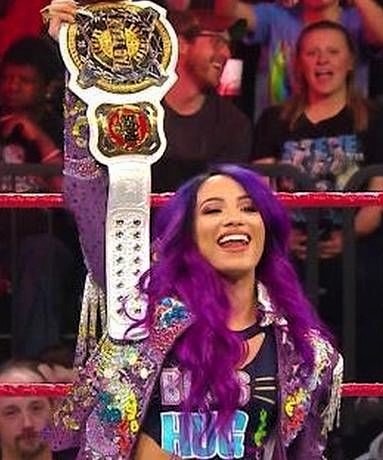 Sasha Banks isn’t happy how the tag titles were lost, weren’t promoted, and how here and Bayley dropped them at Wrestlemania with little warning. So. here’s my next question. Who the hell is she to think that she deserves to be creatively in control of her character, the belts and how she is booked? She doesn’t control her character and isn’t part of the booking team. In other word’s she isn’t a McMahon.

Go back to WCW here gang. Bischoff and company gave a ton of talent creative control of their matches and character along with a ton of money. This led to some great storylines, but also some disastrous ones too. Why? Because too much control in the hands of the talent can backfire. It backfired to the point WCW was out of business and the WWE had control of the wrestling world.

Remember when Stone Cold pitched a fit over losing to Brock Lesnar for King in the Ring spot on Raw? The amount of money he and the WWE lost was insane. All because Steve didn’t agree with how it was booked and why it was booked on TV and not a PPV. The time lost was just not financial bad for Steve and the WWE it took away from of the last couple months we had with Stone before his career ended because of the neck injuries he sustained. The WWE and Austin mended the fences, but we did not get some of the dream matches that might have happened because of talent not getting their way. 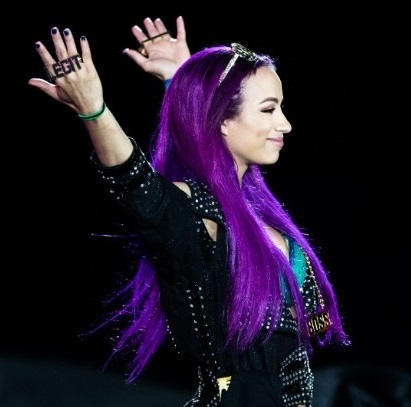 As a Stone Cold fan I’ll be the first to tell you, I didn’t agree with him at all. I saw him at Wrestlemania 13 against Bret Hart and then many times on Raw, Smackdown, and Backlash; The pop he got when the Glass Shattered was deafening. He was a merchandise machine for himself and the WWF/WWE. The man that took it directly to Vince McMahon was taking his character home because of creative difference. Who loses? The fans. Financially it was the WWE/WWF and Steve Austin.

Moving back to Sasha Banks. I don’t think she is all that she thinks she is. How many opportunities has she had with titles or title shots? How many have we seen Dana Brooke in? But Brooke shows up week in and week out and hasn’t complained publicly. She is also on a WWE contract. What’s the difference? One might say Dana is professional and Sasha…well isn’t acting professional is she?

Whether the fans like it or not, the WWE signs their talents to contracts. They don’t hold a gun their to sign said contracts. Contracts make the world turn. If Sasha didn’t like what she signed on for, maybe she shouldn’t have signed her extension back on May 22, 2018.

Until next week. Have a great weekend.