5 years ago the WWE introduced the Andre the Giant Memorial Battle Royal, to honor the late great Andre the Giant. The man who won the most career battle royals and was a spectacle everywhere he went. The WWE decided to add this match to WrestleMania. After all, we got to see in the first ever ‘Mania Battle Royal in Chicago at WM2 Andre defeated WWF and NFL superstars to claim his throne. 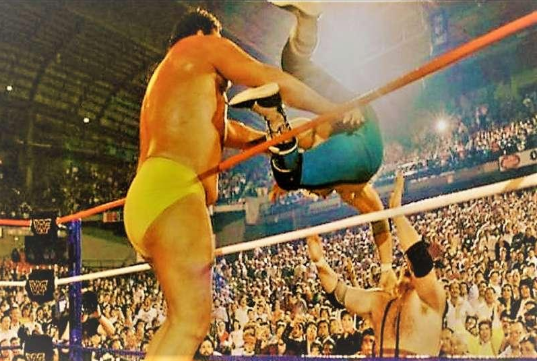 As a kid, seeing 20-to-30-to-40 men in a ring throwing each other out, some hiding under the ring, some getting double teamed, sometimes ganged up on, sometimes odd alliances formed… Any way you slice it, the Battle Royal was an awe-inspiring type of match.

So, what better way to bring out some stars, and show who is the dominant wrestler by holding one each WrestleMania, with the guys trying to bust out and make a name for themselves?

The first winner was Cesaro – eliminating Big Show. Cesaro showed his strength, but after a series of matches with Sheamus was paired with the Celtic Warrior and became the bar. After several Tag Team Championships, they’re still relevant, but just under-utilized as a tag team, and not individuals. I guess that’s better than being part of another failed, foreign faction right? 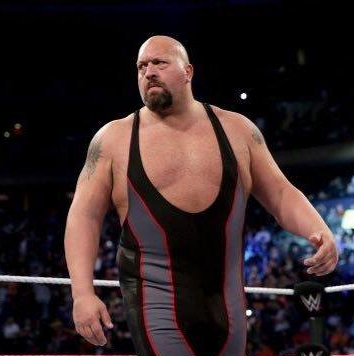 The next winner was the Big Show (or as WCW wanted you to believe the Son of Andre the Giant, who most marks knew only had a daughter). Anywho…Big Show has been a multiple-time Champion. But, age and injuries have caught up with Show, so this was a good last hurrah.

SIDE NOTE: Unfortunately, it wasn’t his last hurrah, and until just recently, he was acting as The Bar’s personal bodyguard.

The next victim…I mean, winner, was Baron Corbin aka the Lone Wolf aka Constable Corbin aka GM-Elect Corbin.

Here was a nasty guy in NXT that has never connected on any level with the fans. Stephanie isn’t high on him, so it’s amazing that this GM angle has gone on this far. Corbin’s biggest claim (besides multiple nicknames) is winning a Money in the Bank match which ultimately resulted in Cena costing him, and the push seemingly ended there.

Then we got Mojo Rawley – with the help of Gronk. As part of the low card Hype Bros, he and Zack Ryder were never able to win gold. The WWE turned Mojo, but after a couple singles victories he seems to be off TV again. Let’s get something straight here: Mojo has energy, but that doesn’t make you a main eventer when you are still pretty green in the ring. It showed even more when he was put in singles matches. Another fail. 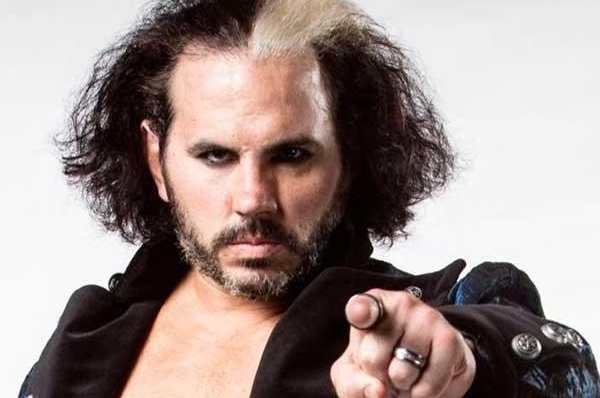 And the last winner…Matt Hardy. Broken, Woken, doesn’t matter. This seems to be Matt’s swan song as he rides off on the Mower of Lawn into the sunset.

We didn’t get to see the brilliance of Broken Matt Hardy on the same level as in TNA. But if anything he was a t least a more deserving winner than Mojo.

Instead of the winner getting a push to the next level, this memorial has become another tragedy for the WWE. Using an old wrestler’s name to swing together a WrestleMania match with virtually no reward. So what’s the point?

Battle Royal’s used to be a big deal in wrestling. Winners got title shots or moved up the ladder. They are least got some kind of push. Now they are watered down garbage. Winning them doesn’t amount to much. Losing them just means you got on a PPV and get a little more in pay so there is that.

Unfortunately, now that these are supposed to represent a WWE Hall of Famer, the end result is just another McMahon cash grab. Or, if you’re a casual sheep… a quick bathroom break before the real action starts.