When will the higher ups in the WWE learn that Baron Corbin and this angle of “his rules are the rules” isn’t working worth a damn?

You can argue injuries are hurting Raw. You can argue lazy writing is hampering Raw. But, one thing is for damn sure, the ratings are in – and Raw was snore. 2.194 million views is the lowest in Raw history.

Let me repeat this…the LOWEST IN RAW HISTORY! Lower than when WCW was kicking the crap out of WWF on a weekly basis. And, this also comes on a go-home addition before the last Pay Per View of the year. That should never happen! 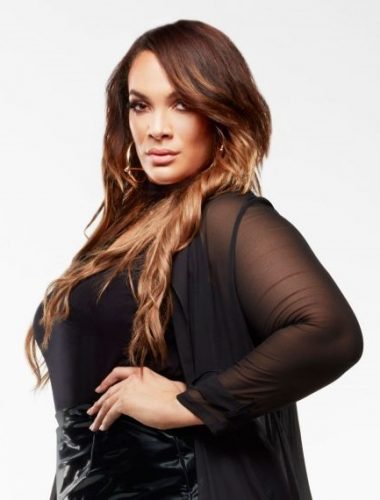 You almost can’t dissect how bad this is, because from top to bottom, this show has lacked any type of fluidity for weeks:

Ronda and Nia…the only thing that came out of their segment is people screaming My TITLE!!!! Nothing about wrestling, just the screaming. But how do you market the Baddest woman on the planet versus the most dangerous women to enter the ring? Ask Becky Lynch and Zelina Vega how bad she is.

Baron Corbin. Where can you even start with this twit? Well, let’s get this out of the bag, bringing a retired wrestler in to be a GM, owner, VP, whatever can work if done right. Hell bringing Eric Bischoff back worked in many ways for the WWE. But using an active wrestler never works. The hypocrisy of the ‘my-way-or-the-highway’ or the right and wrong side of history just screams change the channel. Restarting matches over and over to win is boring as hell.

I am a huge Dean Ambrose and Seth Rollins mark, but their storyline has sucked. Have Seth drop the belt this weekend, let Dean be Dean, and push the hell out of Rollins to save Raw is Snore. The WWE for being marketing genius have their own version of the EA cover jinx. Rollins was on the cover and never got the big prize, so they owe it to Rollins who quite arguably has been the WWE best wrestler this year.

Lesnar – MIA. To me this is the biggest mistake Vince, Stephanie and Triple H are allowing to happen. The stigma of Lesnar doing the MMA-type of defenses worked for a while. But when you start this bickering and bullshit of A Show versus B show and you don’t have a champ defending…then you can’t say it is an A show. Sorry that is my opinion. Lesnar can go back to MMA fail another drug test I’m not going to lose any sleep over it. 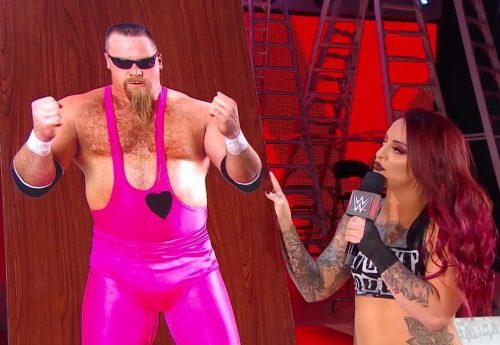 Ruby Riott and Nattie Neidhart. Leave it to the WWE to exploit a death in the family, not that we didn’t see it with the Guererro’s or with anyone else. Hell remember Katie Vick? The WWE just has to do this for whatever reason they think this always has entertainment value. It doesn’t let it rest and try something new like letting two of your best female wrestlers have a damn good wrestling match.

One bright spot was Bobby Roode winning a WWE title on Raw. I like the chemistry he has with Chad Gable. But with that bright spot comes the bad booking. Authors of Pain big and badass Vince built tag team, got beat by two solid technical wrestlers. Yeah, Maverick got pinned, but it still makes AOP look bad. Raw’s tag team division is so bad they need to reunite the Major Brothers (Ryder and Hawkins if you remember their original run) to help save the division.

Drew McIntyre is the next big thing.  He doesn’t need Corbin feeding him W’s. If people can’t see how much McIntyre has improved since his firing they aren’t paying attention. He doesn’t need heel help or cheap heat. He is a natural, the WWE is screwing the pooch making him part of Baron’s bitches. I mean five or six weeks ago he was in a different trio, keep changing him and the fans need a scorecard to keep track of his moves and next move.

Lashley and Lio. Ugh, I can’t even at this point. Elias can’t beat Lio Rush, then why is the 205 belt on Buddy Murphy and not on Lio Rush? I get the WWE dropped the ball with Lashley and Lesnar, but again here is another Impact castaway that the WWE is misusing under a weak can’t get over Lone Wolf with no bite.

Raw is hurting without Reigns, Strowman and KO. Balor is on the wrong show. Rollins needs to be the Man (Sorry Becky, you are The Man on Smackdown, Raw needs one too). Instead what we get is a pisspoor show that resembles WCW Thunder towards the end of their run. Hopefully TLC will be better than the storylines we are currently getting or lead to better storylines. If they don’t Fox got a steal with Smackdown.

You know the WWE will spin this because of Monday Night Football, or Christmas specials being on various channels, instead of looking at the writers and bookers. Either that, or someone needs to get Vince checked out — because he is off his rocker if he thinks this type of show is worth watching.

Hell, it wouldn’t shock me if they said their focus was on the announcement of the 8 XFL cities and stadiums. But one thing is definitely for sure… Raw was ZZZ snore.