It’s that time of year again.

The road to WrestleMania starts with the Royal Rumble. The WWE will feed us lines about numbers mattering. They will try their best to hide talent that might make an appearance while every week wrestlers get over looked. Carmella and R Truth have the 30rd spot in the Rumble which should be the best, but really how many people have won with the number 30? A lousy 3 so there is no advantage to having the number. It’s not a numbers game at all. Any who…let’s get to the meat and potatoes.

The WWE doesn’t want leaks. Part of the spectacle is hiding special appearance. Like when AJ Styles made his WWE debut. The fans went berserk because arguably the best wrestler in the world was finally hitting a WWE ring. Right now the bad secret is Becky Lynch wrestling against Asuka in the Smackdown Women’s Championship match and double dipping in the Royal Rumble. But, who knows things can change in the blink of an eye in the WWE? 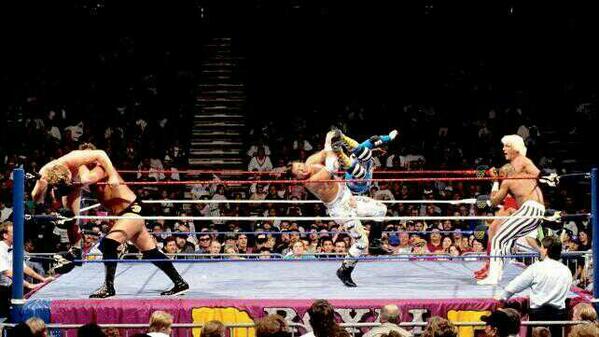 What makes this Rumble Royal? We saw the King hide under the ring for about a half hour during one Royal Rumble. When he was finally sniffed out, he spent a total of like what, less than a minute in the ring? Harley Race was the WWF King in the inaugural Royal Rumble and didn’t have much success either. The Queen sat ring side for the first Women’s Royal Rumble, so royalty has nothing to do with it. Just saying. Here are my too early to be serious predictions.

Let’s talk about the men’s title matches for a minute or so. AJ Styles challenging Daniel Bryan for the WWE Championship. These two in the ring point to a classic match-up. It’s been a while since we saw AJ chasing a title. But since his TNA days, I’ve always liked AJ as the challenger. He seems to take it up another level to put someone over when he is the hunter. Does Bryan needs someone to put him over, hell no. But the rub never hurts and if Daniel goes to Mania with the belt going over AJ is the best way to go. 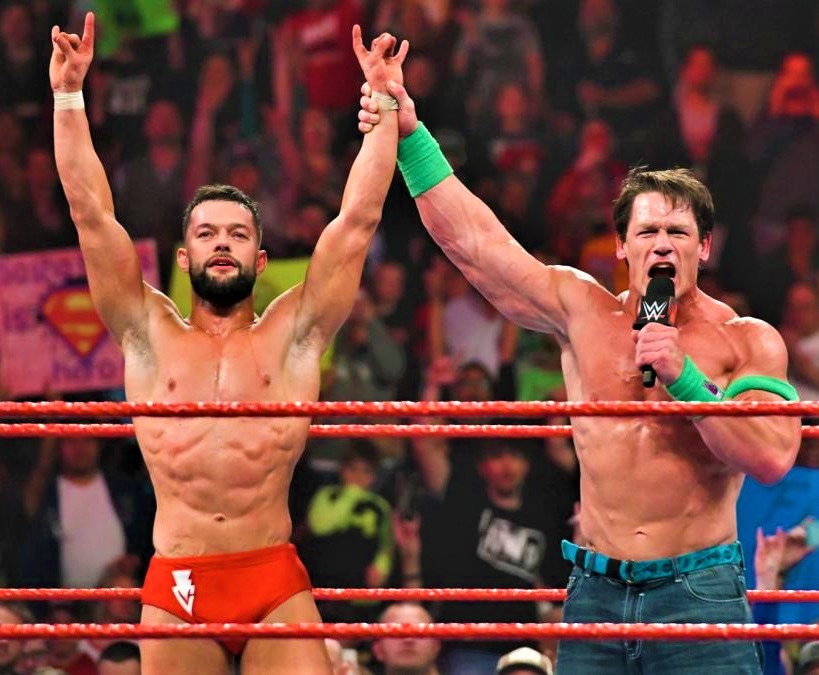 Brock vs Brau…Balor! I sat on my couch last week watching NXT UK when Finn popped up to take down Devlin and let me tell ya something, this is the Balor the WWE is neglecting. He did them a favor and now they are paying him back with his first one on one shot since he relinquished the belt. But – we don’t need Finn here if they want a full-time champ, we need the WWE to bring out the Demon!

Heading over to the Women’s matches. Double Duty for the Man leads me to believe they are going to have her lose somehow to Asuka…another interference by Ronda? Or better yet, how about this for a turn. Becky wins the belt from Asuka and then enters the rumble and names her opponent after Becky costs Ronda the Raw title. 4 Horsewoman stand together for one night only. I’m going for twist here, Sasha over Ronda, Becky over Asuka. Makes no sense, but neither does the WWE writing at times. 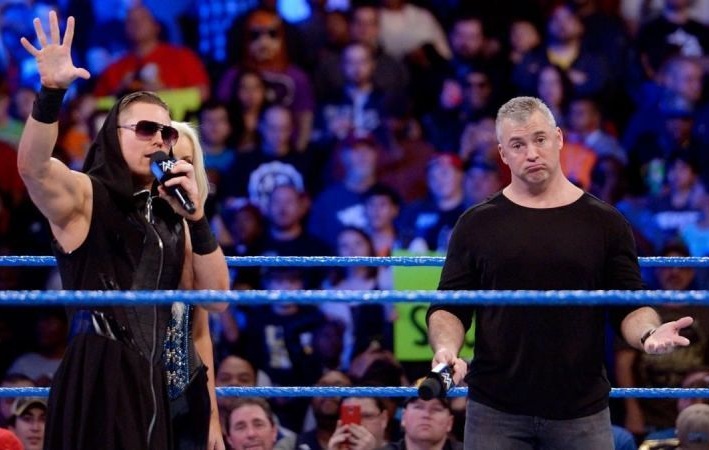 The Tag Team titles for Smackdown Live are up for grabs with Team Daddy Issues vs the Bar. I get the feeling the Bludgeon Brothers might be making a surprise return and either cost The Bar the belts or cost them the match. I’m torn on this because I’d like to see The Bar vs the Bludgeon Brothers at some point, but for the belts or not for the belts…you make the call. And we all know Shane and the Miz are destined to be at odds. Again all this talent with the tag teams and it looks like another mixed thrown together team will get the belts for a while. And it makes you ask why?

I don’t want to forget about the Fatal Fourway with Kalisto, Itami. Tozawa and Murphy. I like Buddy Murphy. I think he has an it Factor, but he is no PAC. Still he makes a solid champ. This could be a sleeper match on the card, but the problem is it will be a dark match or sorts, and it will not get the desired time it should get to put these four over. I say Murphy retains.

US Title Match: Shinsake Nakamura vs Rusev. I don’t know what to make of this match to be honest. It’s like the WWE forgets they have the US Title to defend at times. This will probably be a kickoff match so Rusev retains the belt. Nakamura will probably be one step away from returning to Japan. 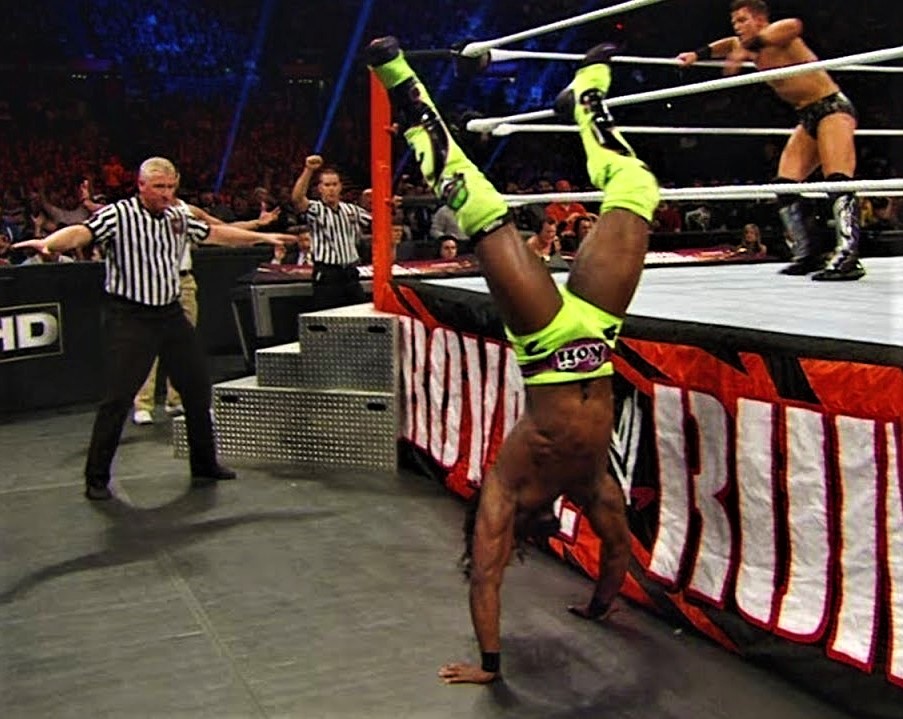 The Royal Rumbles matches are always entertaining. I can’t wait to see what props Kofi Kingston uses to not get eliminated only to get back in the ring and last a minute or so and be eliminated shortly thereafter. Who be the mystery men that are not announced? Smarks want Kenny Omega, but he turned the WWE offer down. Instead we will probably get the return of Carlito or Scotty Too Hotty. Rollins wins for Raw. If they go with a Smackdown winner, please of the love of God do not let it be Orton. Please let WALTER and Pete Dunne into this match.

The women is another interesting match. Last year they main evented the event and it was a who’s who of who used to be in the WWE. Molly Holly, Michelle McCool, Kelly Kelly, all the way to NXT talent which was led by Ember Moon. This year, Victoria is making a push to come back, so let her in. I personally want to see Toni Storm and Rhea Ripley entered the match. If Raw needs a winner the money is on Alexa Bliss if she returns. If it’s Smackdown, I’m betting on The Man.

One of the fun things about the Royal Rumble is the unpredictability. But this year with the announcement of AEW the WWE seems to be off their game. If they stick to the script, the winners are without a shadow of a doubt: Bryan, Brock, Asuka, Ronda, Daddy Issues Implodes, Murphy, Rollins, and The Man. Here’s to hoping for some unpredictability.