Ross Forman is always seeking attention… just, not for himself.

As the Head of Media Relations for Impact Wrestling, the only attention that Forman is seeking is for the company he represents, or the performers on its roster. Whether it’s dialing the phones or hopping on a plane, the dogged director of information works tirelessly to build the brand.

In a career that has spanned over two decades, Ross Forman has been a magazine writer & editor, a promotions & marketing specialist, a photographer & cameraman, and a corporate spokesman. And, that’s just a few of the dozen (or so) hats he’s been called upon to wear in his time with the WWF, WCW, TNA and now, Impact Wrestling.

“I like to think that, I have multiple skills, as I’ve shown over the years,” Forman told TheGorillaPosition.com in an interview this week. “And in a lot of ways, I’ve had to. If I have to go this way, I go this way. If I have got that way, I go that way.”

“Sometimes you’re doing marketing or media relations. Sometimes it’s something different like photography. At times, in this position, there’s a little bit of everything.”

He got his start in the pro wrestling industry at a young age, writing for WWF Magazine

while still in college in Indiana. He would continue to freelance for publication until Vince Russo was hired to be the editor in 1994.

“I think I did one or two more stories; Summer Slam

that year was in Chicago, so that’s where I met Russo,” he said. “He said that he was the new editor and was going to be writing the entire magazine, so they didn’t need me anymore.”

He departed the WWF in August and would be hired by World Championship Wrestling a month later, to take over as the editor for a new incarnation of WCW Magazine

. The publication had an in-house run in the early 90’s with Dennis Brent as the editor. Forman would be put in charge of the re-launch right as the monstrous “90’s boom” in the wrestling business was starting to take shape.

He says that during his time in WCW

,” he said. “In the old days of WCW, it was a 300-mile cut-off as to whether we had to drive to the next city, or could fly. Regardless, Kevin and I would end up driving a ton. Sometimes, after a Nitro, we would just go on the next city, even if it was six, eight, ten hours away.”

The pair would spend that time conversing about a variety of topics, with Nash not only holding court on not just wrestling, but entertainment, sports and current events. Forman says the two always stuck together during their traveling adventures.

“Sometimes, I would fly into a city a few hours ahead of when he got there, pick up the car

and circle back around to pick him up when he got into town. Then we’d hit the gym, hit the hotel, or wherever we had to go.”

Forman would be on the road a lot, performing various publicity tasks for World Championship Wrestling.

, people could say, yeah… Ross was there, or, Ross lived that. And there a lot of people, who we will talk or text now, and it’s not even about wrestling. It may be people who no longer even work for Impact now, and it doesn’t make a difference.”

in 2006. The company’s name changed, as did its ownership, including the metamorphosis to the branding of the Impact name, and even a move to Canada, but Forman has been a steady hand for the company.

Many people who work behind the scenes of a professional wrestling association do so in anonymity. Forman is no different. He makes his statements through press releases and the Impact website.

However, he also speaks for the company through his ideas and actions. For example, Forman recently helped organize an interactive event for fans during the  Impact tapings in Orlando, where audience members played miniature golf  and had breakfast with performers from the Impact roster.

With it’s affordable price package and great participation, the event was a huge hit. It was also done in Forman’s signature style: to give the loyal backers of the company a chance to see their favorite stars, up close and personal.

The participants ate it up. Longtime Impact Wrestling

fan Miguel Contreras attended the event, and is one of many attendees that Forman has reached out to personally, in his role as an ambassador of the company.

In a recent feature story, Contreras told TheGorillaPosition.com that Impact is the most fan-friendly promotion in the world, and a big reason is because of Forman.

“The golf trip is just another thing that they are doing for the fans that makes them way different than any other wrestling company out there,” Contreras said. “And, I think if they continue to do things like the mini-golf, things that set them apart, that’s what’s going to help them to grow.”

Forman also over the past year has launched and spearheaded Impact’s charity involvement — in both Orlando, Florida, and Ottawa, Ontario, Canada.  The company has held special nights at The Impact Zone for multiple charities, including Boys & Girls Clubs, Big Brothers & Big Sisters, American Cancer Society, Make-A-Wish, Kids Beating Cancer, and the Epilepsy Association, among others.

It seems whatever job is out there, Ross Forman is more than game to handle it. Out of necessity, he has become a ‘utility man’ for the promotions that have employed him. Because of that versatility, he’s also become a trusted lieutenant, spokesman and confidant for some of the most important names in wrestling today.

“It used to be I would look at my Rolodex, but they don’t have those anymore,” he laughed. “Now, after 20 plus years, I look at my phone

, and it’s literally a who’s-who of people in the wrestling business.”

“I’ve always tried to come up with different ideas, and to grow on them and expand things. One of the great things about my position with Impact, is that I can pick up the phone and call anybody in management if I have an idea.”

As he works like the wizard behind the curtain – pulling all the levers and pushing all the buttons – Forman knows who he always works for first… the Impact wrestling audience. 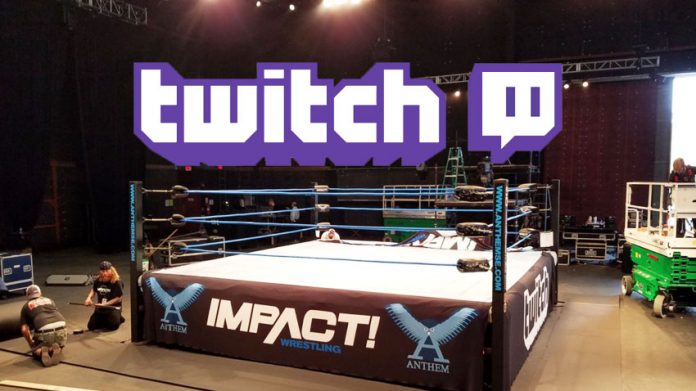