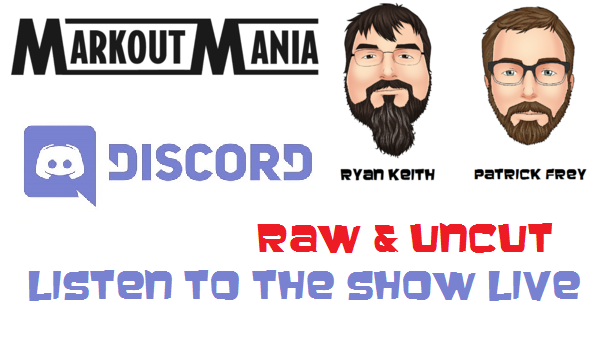 Ryan & Patrick are joined by new Mark Out Mania staff writer Hunter Bower on the show. They’ll discuss the new dual brand pay-per-views for WWE, Ronda Rousey signing her RAW contract at Elimination Chamber PPV, and Big Cass working out at the Performance Center. They’ll tackle the rumor mill with stories like WWE being sold, Rob Gronkowski signing a full time WWE contract, a Goldberg, Angle, and Mysterio return! Plus, they’ll discuss the news of the Smashing Pumpkins reuniting because Billy Corgan is losing money over the NWA.

Ryan Keith is a graduate of McNeese State University and has been in the radio industry for 16+ yrs! His love for wrestling started as a toddler when he and his father used to watch WWF together. Ryan had the best seat in the house, his dad’s shoulders! He now loves to spend time with his son Elijah watching wrestling on TV and live events. Ryan and his son also help professional wrestling ring announcer Rod Sterling and his production company; they travel all across Louisiana and Texas running sound and lights for the best Indie Wrestling Promotions in the country!

Patrick Frey was born and raised in Eunice, Louisiana before moving to Lake Charles, Louisiana five years ago to attend school at McNeese State University. In 2014, he graduated with a Bachelorsin Mass Communication and then in 2016 he graduated with a Masters in Business of Administration. He has been working in the radio industry for over 3 years now and pro wrestling is one of his two passions (the other being college football). He began watching wrestling in 1999 when he discovered Stone Cold Steve Austin. He has been a big WWE fan ever since.