WrestleMania season is here, there’s just one more pay-per-view left before WWE has their biggest show of the year. The long-awaited event will take place on April 7, 2019 at MetLife Stadium in East Rutherford, New Jersey. Bovada, one of the most respected sportsbooks today, will offer betting odds for The Show of Shows.

WWE Fastlane is the last event before WrestleMania, it takes place on March 10 at Quicken Loans Arena in Cleveland, Ohio and the results of those matches will give us a clearer picture of what to expect on April 7, as many feuds will end on that night while others start.

For now, this is the confirmed card for WrestleMania 35: 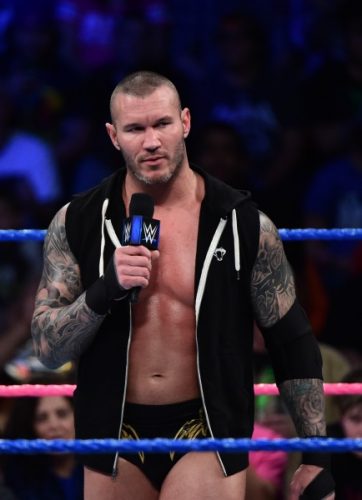 The Miz vs. Shane McMahon

Asuka (c) vs. Lacey Evans for the SmackDown Women’s Championship

Daniel Bryan (c) vs. Kofi Kingston for the WWE Championship (they could make it a triple-threat match with Kevin Owens)

The Usos (c) vs. The Hardy Boyz for the SmackDown Tag Team Championships

Most people can’t wait for the main event between Ronda Rousey, Charlotte Flair and Becky Lynch for the Raw Women’s Championship and many love the matches between Brock Lesnar and Seth Rollins and Triple H and Batista but while it hasn’t been confirmed, I’m looking forward to a potential battle between AJ Styles and Randy Orton, a third generation superstar that has won 13 World Championships in the WWE (nine WWE Championships and four World Heavyweight Championships).

The seeds for a feud between them were planted in last Tuesday’s episode of SmackDown LIVE, when Styles was interviewed backstage regarding what’s next for him after failing to recapture the WWE Championship once again. Just as Styles said that he’s ready for the next challenger and that he wants to justify his claim that SmackDown LIVE is the house that he built, Randy Orton interrupted the two-time WWE Champion saying, “the house that AJ Styles what?” and left.

AJ Styles has always been regarded as one of the greatest in-ring performers of all-time, he made his WWE debut in the 2016 Royal Rumble and even though he was one of the hottest free agents in wrestling, the WWE didn’t push him right away.

Over time, the loud reactions he got from fans all over the world after delivering incredible matches forced the company to make him one of their biggest stars and over three years later he’s now considered one of top WWE superstars of all-time.

The former WWE Champion ruled SmackDown LIVE for over two years and in that time he only crossed paths with Orton in a one-on-one match once, almost two years ago, with a WWE Championship match against Bray Wyatt at WrestleMania on the line. Orton won what was praised as an incredible affair and if these two get a chance, they can top that first encounter.

Orton delivers his best matches at WrestleMania, he loves that spotlight and Styles is a proven talent, so putting them together in a grudge match makes perfect sense and they can steal the show.