I’ve been dying to address this for some time now. Since November, as a matter of fact. But seeing the accomplishment at the Royal Rumble this past Sunday completely denigrated by fans, this is actually the perfect time.

First PERSON to enter 2 royal rumble matches in one night. First PERSON to eliminate people in a women’s & men’s rumble. 👑 And the Queen of making you all mad 😜 pic.twitter.com/k8WruGYCr3

Like it or not, Nia Jax did indeed make history Sunday. And no one likes it. Or, for that matter… her.

It all goes back to November, doesn’t it? When she popped everybody’s favorite, Becky Lynch, in the face by accident leading up to the Survivor Series. Lynch was not cleared to go forward and everybody wanted to riot over Jax.

But look what it’s led to. We had time to salivate over Lynch and Rousey sharing the same ring and, come April, that’s happening anyway.

So everyone was pissed at Jax for what? Delaying the inevitable? Giving everybody’s Irish Darling the main event at WrestleMania?

That was sarcasm, by the way. I get that you all were mad for Jax being “careless” and “dangerous” in the ring because she’s “not a good worker” and she hurt someone. If you believe some of the more wacky conspiracies out there, some of you might even believe she did it on purpose.

You know, that’s funny. Sasha Banks did the same thing. Hell, Paige will never wrestle again because of that incident. Yet I don’t see anyone calling Banks “dangerous” or accusing her of “not knowing how to work.”

Yes, that was an accident, too. Everyone conveniently remembers that when it comes to Banks but doesn’t want to apply that to Jax.

That’s what it was with Jax, also – an accident. And yet it’s what everyone hangs their hat on when they claim she “can’t work.”

Look at her. Why on earth would anyone expect that out of her? Given her size and presence, she’s a bruiser. As well she should be.

Most performers pegged as being part of the “Women’s Revolution” are more athletic and can wrestle like no one’s business. Nia Jax’s theme song spells it right out for you – she’s not like most girls. 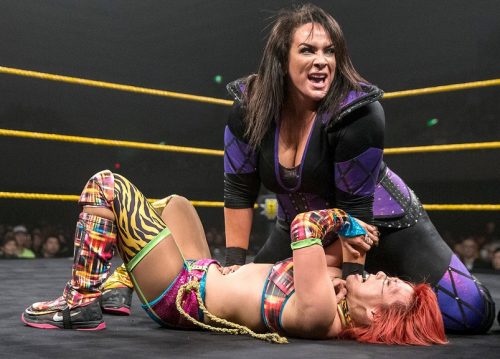 Yet no one wants to see that. Because, months ago, she popped everyone’s favorite Irish Lass Kicker on accident and hasn’t been forgiven for it since. Despite the fact that Sasha Banks was easily forgiven for a much worse accident.

So ask yourself, why do you really hate Nia Jax? Because she’s “not a good worker” (despite playing her role perfectly in the ring)? Because she’s “unsafe”? (which, again, could have been said about Sasha Banks, but no one chose to)

Because Survivor Series plans had to change because of an accident? (that is now being rectified on the Grandest Stage of them All this year)

Or is it because she’s supposed to make you hate her, and does it very well? Immediately after Lynch was declared out of the Survivor Series, Jax played up the “punch heard ‘round the world” perfectly. The more she was booed for it, the more she loved it. Because it was heat.