By Ryan K Boman, Editor in Chief for FANSIDED.COM

They say you can always go home again. Even in professional wrestling.

On Sunday, Impact will return to the building where the promotion took its first steps, when they host their Homecoming pay-per-view, at the famed Asylum in Nashville, Tennessee. 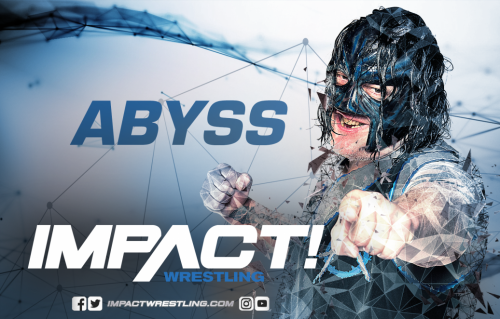 In the early 2000’s, the location served as not only the home of the fledgling franchise, but also the cradle for a character that would became an enduring figure in the company’s history.

Abyss, the 6’8″, 350-pound Monster who has been spilling blood on Impact canvases for over 16 years, says this event will be doubly special for him.

“It’s surreal,” Abyss said in an exclusive interview with editor Ryan Boman. “I’m coming back to where it all began. It’s where Abyss was born in North America back in 2002… right there in that building.”

Chris Parks debuted on the company’s very first show under the name ‘Justice’, before eventually unleashing the maniacal, masked character of Abyss, shortly thereafter. Right away, he made a name for himself by battling hardcore legends like Raven and Sabu in wild matches that included barbed wire, baseball bats, and his personal favorite – thumbtacks.

Along the way, he would become the literal anchor of the organization – establishing himself as their ‘franchise big man’, capturing every title in the promotion, and working as an agent and producer, to go along with his duties as a wrestler. In October, he was enshrined into the Impact Wrestling Hall of Fame.

And it all started in that venerable, old building in Nashville.

Looking back, he says he never could have envisioned his journey with the promotion to have gone the way that it did. 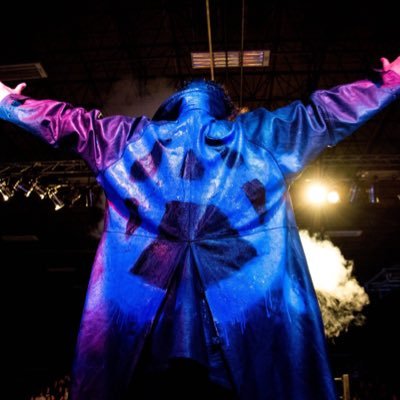 “I’ve crossed off pretty much my entire bucket list with Impact over all these years,” he recalled. “I got to work with some of the biggest stars in this business because of this company. If you look at the names I have been in the ring with: From Mick Foley to Ric Flair to Kurt Angle… Samoa Joe… AJ Styles. The list goes on and on. I’ve been very fortunate; it’s been a great run.”

Even after a long career decorated with scars and bruises, he’s still bringing his own brand of brutality to the ring, making regular stops at promotions all over the world

“I’m still out there, plugging away; My gas tank’s not on ‘full’ anymore, but it’s still at least on about a half-a-tank,” he joked. “I’m out there… still enjoying what I do, seeing all these other promotions when I’m on the road, and away from Impact.”

“I just love this business and what it’s given me. I’ve had a really fulfilling career. I couldn’t ask for more, or for anything to be any better.”

At the same time, while working behind-the-scenes for the promotion, he’s started to at least consider when he might retire from active competition.

“At the same time, my focus is just as much on the agenting and producing side of things, as well – helping the young talent grow, and helping them reach their goals for themselves and the company. That’s just as fulfilling as anything I do in the ring. So, it’s a good mix of both.” 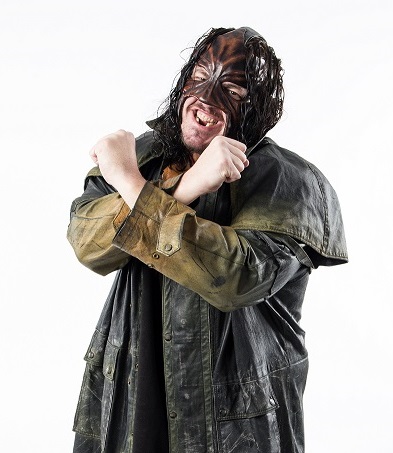 At Homecoming, he will face Eli Drake in his first singles contest in Impact since March of 2018. And, it will be take place in the environment he is most known for – ‘Monster’s Ball’.

For Abyss, causing insanity at The Asylum is like making everything old new again. He promises to play some of his ‘classic hits’ for the fans in Nashville, and to bring plenty of mayhem. There might even be an appearance by ‘Janice’, his trusty 2×4 of nails.

“It might be 2019, but that crowd there is a really, old school crowd. I think we’ll be able to take advantage of that, and build off the atmosphere in that building.”

The self-proclaimed ‘Last of a Dying Breed’, Drake has promised that he will take out The Monster. But, Abyss says he’s ready for whatever the former Impact World Champion throws his way in this Sunday’s ‘anything-goes’ encounter.

“You may see something different from me, but you might also just see more of the same Monster,” he said. “Not to toot my horn, but I’m basically an ass kicker. And I’m just looking forward to kicking Eli’s ass again on Sunday.”

“He’s been talkin’ a lot of trash lately, and I’m looking forward to serving him some humble pie… Abyss style” 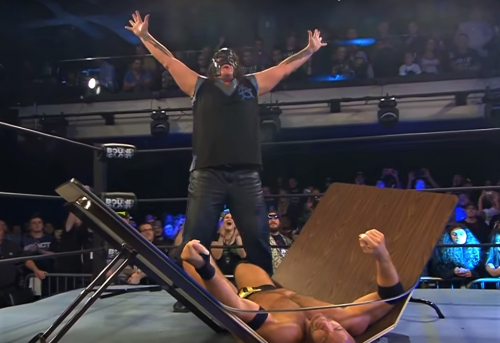 Check out our feature story about Abyss from April 21, 2018: THE MONSTER’S PLAYPEN