In the northeast corners of Canada lie The Maritime Provinces. Known for its sometimes harsh weather and an economy built around fishing, shipping and factories, it can be a potentially rugged environment.

Maddison Miles grew up in Nova Scotia, a densely-populated part of the area, where professional wrestling has both alternately thrived, and suffered, at different points throughout the sport’s history. The Maritimes Provinces are often associated with Emile Dupree’s famed Atlantic Grand Prix Wrestling. But in recent years, it’s not always been viewed as a prime breeding ground for developing new talent.

So, when Miles decided she wanted to start a career in the ring herself in 2015, there hadn’t been a full-time women’s competitor in the region in eight years. Bookings were few and far between for even male competitors then, so Miles was a long shot both as a wrestler, and as a female.

On top of all that, she was only 15 years old at the time. 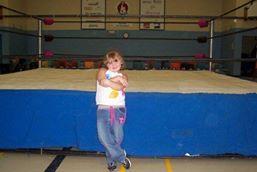 Maddison Miles had been a wrestling fan for all of her young life when she began training in April, 2015, with Geoff Durning and Adam Craft. A few months later, she would continue her tutelage with “Wildman Gary Williams”.

She made her in-ring debut about seven months later, on November 7th, 2015, and left on her very first professional tour just two days later: Three weeks through Northern Quebec. It may have been a bit of baptism by fire for the young trainee, but the opportunity was a golden one. And, she seized upon it.

“Starting in Nova Scotia, for most, isn’t easy. But, for me it was never a challenge,” Miles said. “I was extremely lucky that some promoters were willing to take a chance on me, and I’m extremely grateful for the opportunities I’ve been given.”

She says that because there had been an absence of female competition in the area, a combination of timing and opportunity helped her get her quick start.

“Being the only locally active female since 2007, made for an easy route with me being in high demand,” she recalled. “As well as it was perfectly located around the time that the ‘WWE Women’s Revolution’ happened. People started to take women’s wrestling seriously again. So I always say that everything happened at the perfect time.” 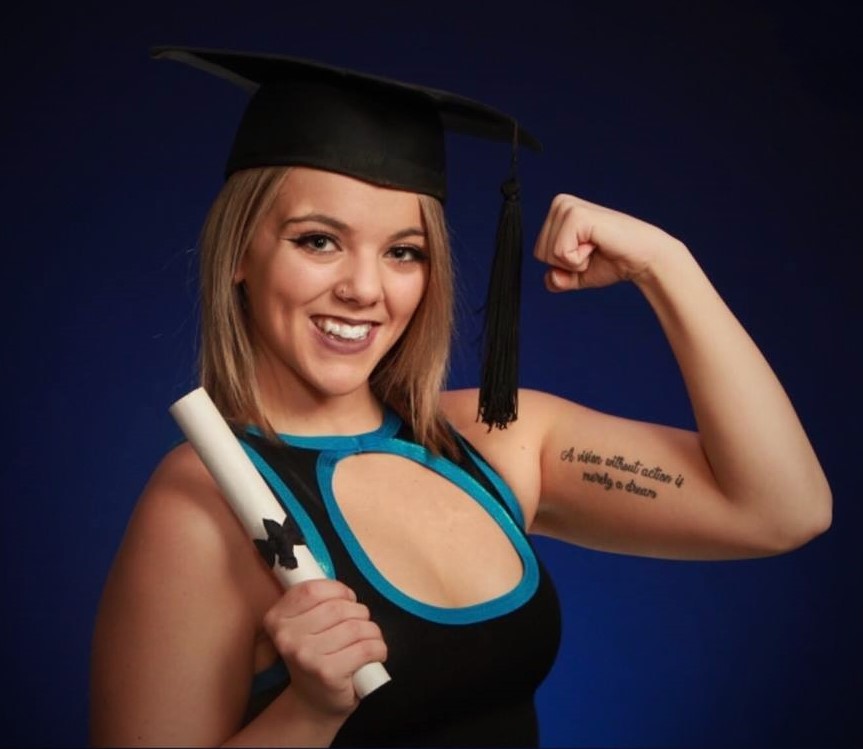 Miles actually wrestled in over 100 matches in 2017 in some of the nethermost regions of the country… wrestling sometimes in bingo halls, before she could even legally play bingo in them.

Within her first two years in the business, the teenager had competed in over 160 bouts, had wrestled in seven of Canada’s provinces and in the U.S. in Las Vegas, and was appearing for such companies as Ultimate Championship Wrestling and the Xtreme Wrestling Alliance.

“I hate to sound cocky, but I worked my butt off,” she joked. “And, I can easily say I’m the most active rookie around the Maritimes.”

Growing up as a child of the 2000’s, it only makes sense that her idols are relatively young veterans, and still active in the business.

“Although I’m not a ‘flippy wrestler’, Jeff Hardy was always one of my favorites,” she said, before adding who she admired on the female side of the ledger. “Natalya (Neidhart) was always my realistic idol of a woman. Blonde, gorgeous and Canadian. She was always an inspiration to me.”

She also got some inspiration right there in her hometown.

“In 2014, an all-women’s tour came to the Maritimes. I remember sitting in the audience, watching Sarah Stock wrestle. It was her technical wrestling and her skills that made me really realize, Wow. This girl and her tech is amazing. She’s someone to desire to be like.” 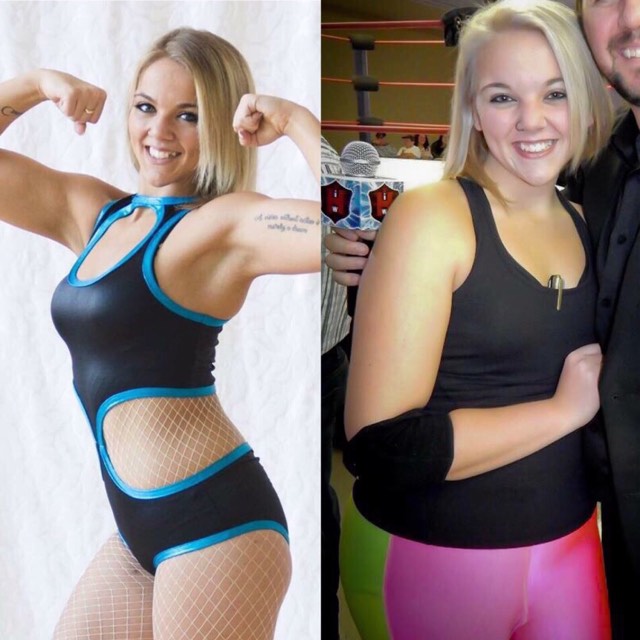 Miles has also made an amazing body transformation over her time in the business, through not just the normal maturation process, but a whole lot of hard work.

At one time struggling with her weight, she made some changes in diet and training as she honed her look. Miles attacked the situation with a rare maturity, one that will serve her well over the course of a long career.

“Becoming a professional wrestler quickly came a great responsibility for me. I remember my very first show. I had horrible promo pictures, but that was the least of my concerns.”

As she made strides to improve, she acquired younger fans who could relate to her age and her journey. Girls who may some day grow up to idolize her, just as she idolized Nattie Neidhart.

“One of my favorite things about wrestling, is your power to inspire people,” she said. “I think that my story is something beautiful. It’s something that shows people that no matter how out of shape you are, or how much of an ordinary person you are. Anything is possible if you believe you can do it.”

At the same time, Miles says she is in no big hurry. With the jump start she has gotten in the industry, she’s got plenty of time to develop as a performer.

“I think the ideal goal for almost every wrestler is to make it to WWE. My goal included,” she commented. “But, what matters to me is making a name for myself and making money. It’s something I’m extremely good at now, but something I want to make a full career out of and live off of.” 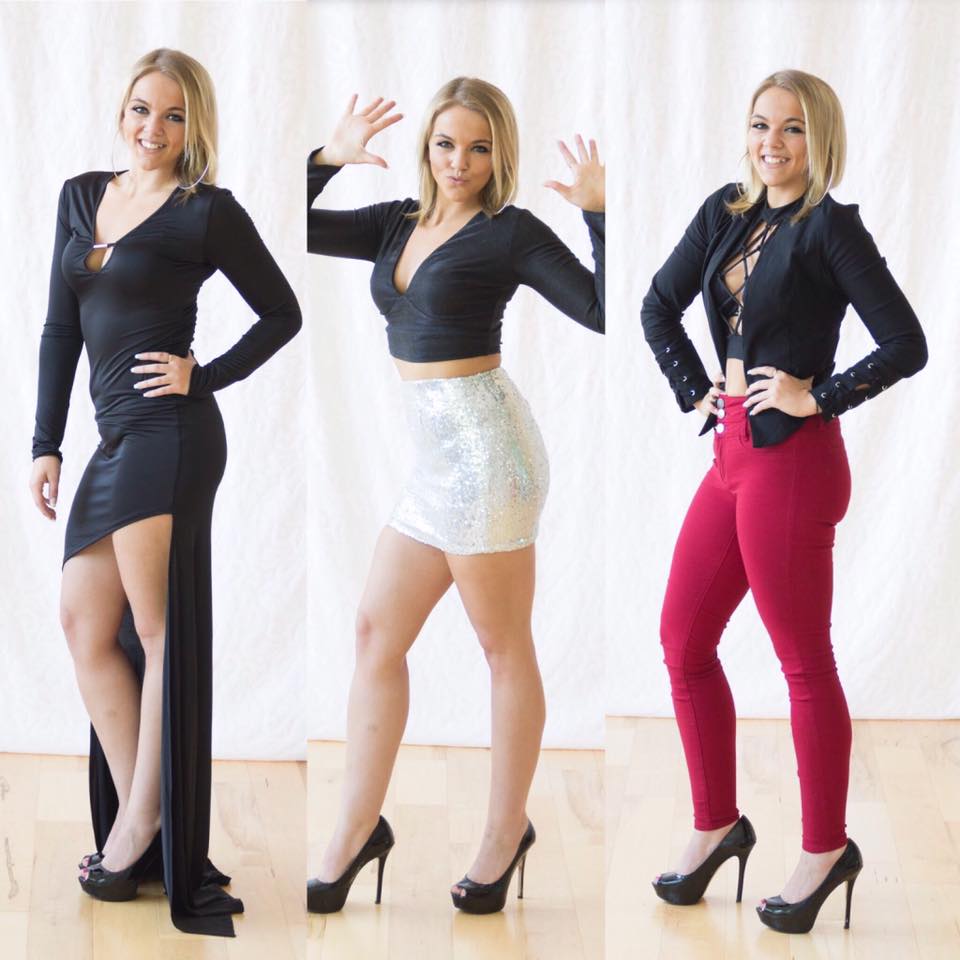 “As long as I’m travelling the world, doing what I love when I’m older- not stuck in an office, with a desk job and miserable. I’ll be over-joyed.”

Her standing as a groundbreaking female grappler in her part of the country also helped write some pages in the early chapters of her history. Miles says part of her responsibility is to continue to be a good example, one that she embraced in her very first night in the business.

“When I came out at intermission, I was overwhelmed by the amount of girls telling me how much I had inspired them,” she said. “They had never seen a woman wrestler. In that one night, it felt like I had changed so many lives.”
For now, she will continue to live her dream, and hope to inspire the dreams of others.

“It never gets any less crazy or heartwarming to hear the words you’re my hero or I want to be just like you,” she said. “The first time I ever saw a female wrestler live- was when my life changed forever. I want to be that person for other young girls.”

“Giving the message that girls can do anything… To know that I’ve made a difference in the lives of younger girls around me is one thing that matters most.”