As we leap headfirst in to 2019, it’s pretty clear that Impact Wrestling is in the midst of an evolution. A move to a new network, and a focus on a fresh batch of talent, has given the company a different feel, right from the start. 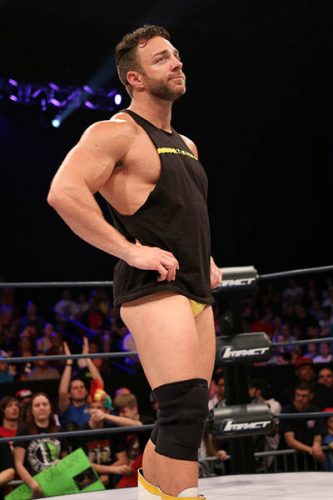 A former World Champion, Eli Drake has become a respected veteran and valued leader in the Impact locker room

Standing in the middle of all these changes is Eli Drake, the 15-year veteran and Namer of Dummies, who says he still has plenty of competitive fire left in him, as we start the new year.

Drake, the former Impact World Heavyweight Champion, has been seemingly waiting for his chance to step back in to the spotlight. And he says he’s got a few plans in the works to guarantee that happens.

“I’ve been an athlete my entire life,” Drake said in a recent interview with TheGorillaPosition.com. “I grew up with that competitive fire and was involved in all the major sports growing up – whether it was basketball, football, or baseball.”

“Obviously, having been in those situations of being competitive just carries over to wrestling. So, I’m always looking to go out there, and establish myself on a lot of different levels.”

“Nothing has changed about that… From Day One – I have been here to prove that Eli Drake is the top guy in Impact Wrestling.”

After entering the promotion in 2016, he developed into one of the more irritating characters in all of pro wrestling, frequently holding court to let people know just exactly who was – officially – a ‘dummy’, It didn’t take long for the cocky character to catch on, and Drake was soon elevated to main event status.

Along the way, he also flashed his aforementioned athletic ability, and the blue chipper would eventually capture the World title in August of 2017.

Since dropping the belt early last year, he’s engaged in a few feuds with other Impact stars, and briefly held the World tag Team titles with Scott Steiner, but it always seemed like there was more awaiting Drake. It’s left many Impact fans wondering when he will ride The Gravy Train back to the World Heavyweight title.

“It’s a question I’ve been asking myself,” Drake said. “It’s definitely long overdue, in my opinion. Time will tell, I guess.”

However, he also says he has some other goals in mind as he writes the next chapter of his own story. And as an already-celebrated performer, he’s taking everything in stride.

“It really depends on what happens next, and the circumstances around me. It’s hard to predict. Obviously, being the World Champion is one thing that’s on my list. I haven’t forgotten about it. But, another is just getting the name ‘Eli Drake’ out there. Just cementing a legacy, and creating something that people can remember for a long, long time.” 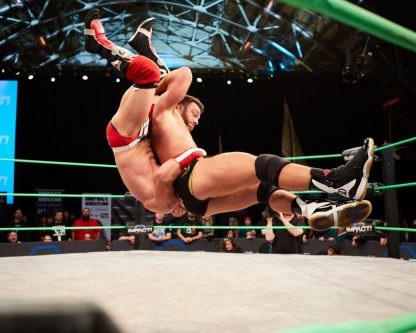 He’s already struck a chord with the Impact fan base. Although Drake is typically known as a cocky heel, he has garnered a certain amount of begrudging respect from the audience – even when he’s being his most dastardly.

And, behind the microphone, his ‘Facts of Life’ segments are still wildly popular with the fans.

“Those (promos) have been few and far between, but they’re always a lot of fun to get out there, and get the people involved,” Drake said. “They were really on fire back in 2016 and 2017. It’s kind of funny that even though I haven’t done them that much lately, you still hear people out in the crowd chanting, Dummy… YEAH!”

Part of that admiration also stems from the fact that Drake is generally regarded as one of the more entertaining performers in Impact. During his ‘Monster’s Ball’ battle in at Homecoming, the crowd cheered Abyss. But at the same time, they still gave Drake a healthy ovation.

For his part, Drake thinks the audience just understands his persona.

“I don’t know… I think a lot of times, it sort of depends on who I’m in the ring with, and how the crowd reacts to them,” he said. “You put me in there with a guy who’s kind of bland, and I’m going to run over him. The audience gets that.”

“At the same time, when you’re in there with Abyss, you can’t go wrong. I mean, the guy’s a legend.”

In recent weeks, he’s not only had some run-ins with The Monster, but also other hardcore icons like Tommy Dreamer and Raven. Lately, Drake has focused on Dreamer’s protege Eddie Edwards… but in a much different way. 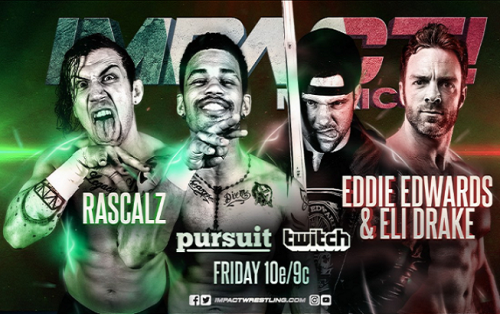 Last week, Drake took to the microphone and urged Edwards to throw away all the “hardcore nonsense”. He told him that he should go back to his trusty, green tights and technical wrestling style.

When asked about what all this means, Drake simply says he still sees a lot of potential in the sometimes-schizophrenic Edwards.

“I’ve given this a lot of thought, and I’ve decided I might not might need to necessarily put Eddie aside,” he said. “It may be more about getting in his head and changing his trajectory. He’s been doing all this hardcore crap lately, and it’s not a good look on him.”

“Eddie is a former world champion, a former X-division champion, and a former tag team champion. I just think that he needs to change his perspective.”

Could that mean a pairing for the two in the future? It could be in the works. Just as this week’s episode saw Drake urging Edwards to throw away the kendo stick and embrace his roots, the pair will be partners as part of Team Impact, on this Friday’s episode of Impact on Pursuit.

For now, Drake is holding his cards close to the vest, only hinting that things should get more interesting in the weeks to come.

“I guess we’ll have to see how this all plays out. But at the end of the day, it comes down to making a smart decision about what your next move is.” 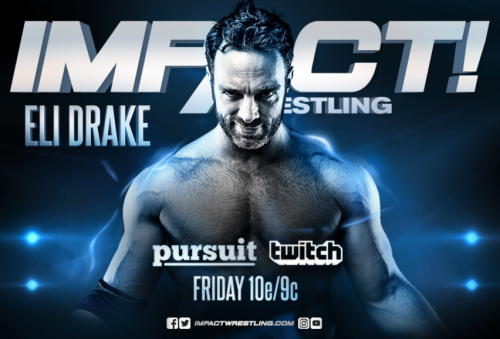