“Why talk and say the unsaid words in haste, when silence can speak the unspoken words?”
— Ernest Agyemang Yeboah

Sometimes, you just have to acknowledge greatness. Even from a distance.

This weekend, New Japan Pro Wrestling hosted their annual mega-event, Wrestle Kingdom 14, from the Tokyo Dome. And while there were several, notable ‘Match of the Year’ candidates, one performer stood above everyone else: Kazuchika Okada.

This is nothing new for the man they call ‘The Rainmaker’, as he’s consistently been ranked among the best wrestlers in the world for the better part of the last decade. His series of matches with Kenny Omega drew him the praise of fans in North America over the past couple of years, and his general awesomeness is apparent to even the most novice fans of puroresu.

Quite simply – He is the biggest star in the Land of the Rising Sun – a bona fide, living legend. And, he has perhaps never shined as brightly as his performances over this past weekend. After defending his title in an outstanding match against Kota Ibushi on Saturday night, he put on yet another masterpiece the next evening, passing the torch to Tetsuya Naito.

Back to back nights of brilliance, on the biggest stage that New Japan Pro Wrestling has to offer. If that’s not a ‘clutch performance’? Then, nothing is. 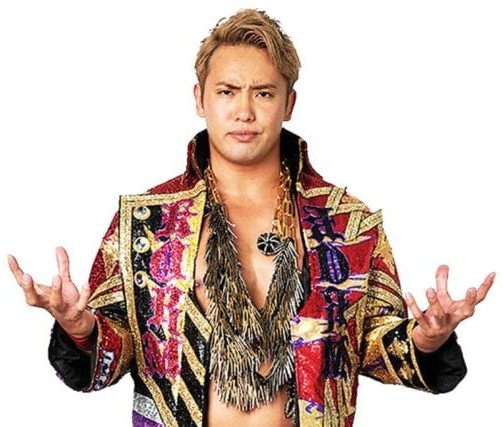 For many fans on this side of the Pacific Ocean, Okada will always be associated with his tremendous showdowns against Omega. The ones that changed all the rules when it came to Dave Meltzer’s famed ‘star system’.

At the time, TGP Executive Editor Michael Melchor wrote a column expressing his thoughts that the Japanese sensation wasn’t just the best wrestler of his generation — but perhaps the greatest of all time.

I wasn’t so sure.

Back then, I had only seen Okada wrestle a handful of matches for NJPW, and my limited knowledge of him included his ill-fated time in TNA as a Kato rip-off. So, I wasn’t ready to put him in the same class of men like Gotch, Thesz or Race. The guys that I grew up watching old VHS tapes of, and considered the greatest grapplers ever.

After all, those are some pretty lofty standards. And to be fair, the modern era of wrestling has produced a lot of guys with sizzle, but no steak.

But, I’ve come to realize that Okada may be the exception to the rule of the day. Especially when you’re so good that you can break the language barrier.

As I watched his matches this weekend, there was only one thing that was missing: English. The clips that were sent to me featured the Japanese commentary, so I didn’t have the foggiest damn idea what anyone was saying. But, in the end? None of that really mattered.

Despite the fact that I didn’t understand a single word, I didn’t have to. Okada told the story all by himself. Like the great masters of wrestling’s past – his body language, his movements, and his facial expressions, told me everything I needed to know about what was happening in the ring.

He’s that good of a storyteller. Nothing was lost in translation.

And while he may not be a punishing powerhouse or a frequent flyer, the biggest thing that Okada brings to the table is his brilliance in simplicity.  In an era of ‘can-you-top-this?’ moves, and wrestlers doing big spots for the sake of big spots… this guy’s finisher is basically a short-arm clothesline. But, he does it so well that no one questions its legitimacy. 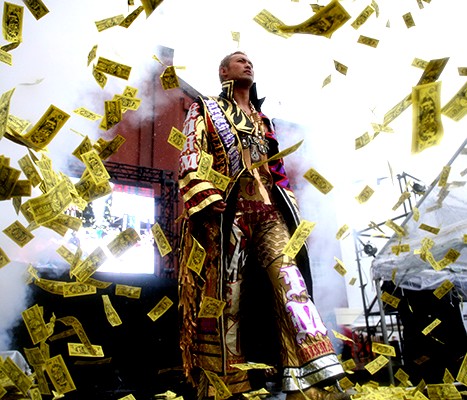 In the most subtle of ways, The Rainmaker has become the Ric Flair of the modern era. The one guy who can take virtually anyone, and make them look like a million dollars.

Or Yen, in this case.

Honestly, the comparisons to The Nature Boy are pretty easy to make. Okada’s dashing, entrances are so dramatic, they could rival Flair’s spectacular ‘2001: A Space Odyssey‘ pageantry.

And once the action starts, there have never been two finer competitors, especially in terms of making their opponent look credible. During the 1980’s, Flair did everything from making stars, to carrying mid-carders. He even polished up some enhancement talent, from time to time.

Okada – in his own way – does the exact same thing. The combination of his entrance, his in-ring ability and (most of all) his sheer presence, is enough to make even the most mundane match-up seem miraculous. And also like Flair, he manages to look just as good in defeat as he does in victory.

When it’s all said and done, Japan’s greatest champion will have to be listed among the best wrestlers of all time… And, he’s still just 32 years old. There’s no telling how many more classic clashes and tremendous title runs he still has in the tank.

So, let’s enjoy this renaissance while we’re in the middle of it. Because someday? The sun will set on Okada’s illustrious career.

But in the meantime? Let it rain.