“A successful man is one who can lay a firm foundation with the bricks others have thrown at him.”
— David Brinkley

Their mission? To turn the wrestling world around, like an episode of ‘Flip This House‘. They wanted to change the landscape. So, it stands to reason that they would begin beautifying the backdrop of the business, as well.

As I watched AEW’s version of ‘Bash at the Beach‘ last night from South Florida, all I could think about was how perfectly they framed the show.

The stage set gave the broadcast its own, unique feel. The vibrant colors, pretty girls, and Miami Vice-based theme made it really feel like a cross between destruction and discotheque. Even Cody came out dressed like Don Johnson – circa 1986.

This is nothing new for AEW, who have already proven a knack to accessorize their events in a way that really catches the audience’s eye. And at the same time, it also enhances the experience for the in-house crowd, making them feel like their hometown is important. 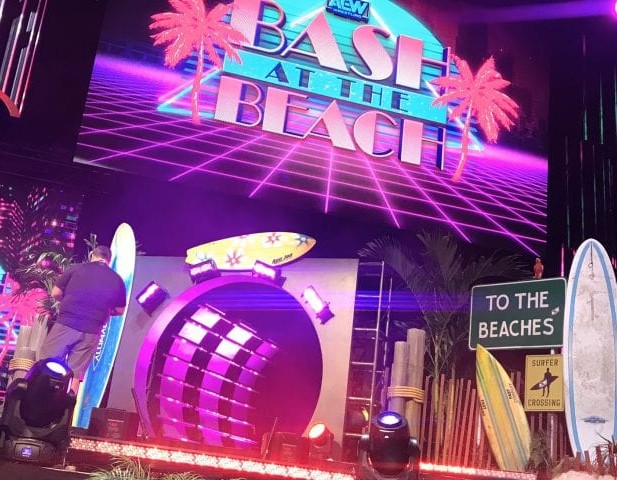 And that visual difference – no matter how big or small – matters a lot. Particularly to the casual viewer, who might stop by and get hooked more on the feeling than they do on the fighting.

While their neighbors – RAW, Smackdown and NXT – all seem to be throwing the same party every week, Dynamite isn’t afraid to hang a few extra lights and bring out the big bowl of guacamole.

That extra elbow grease and eye for extravagance hasn’t been lost among their own fans either, who see it as another example of The Elite trying to make every event feel unique. And while this attention to detail isn’t (by any means) what’s driven their success, it’s very symbolic of the blueprint that All Elite Wrestling has followed, thus far. Because before all the glamour and glitter, there were tables to be set, and glasses to be poured.

And? The house had to be built first.

Before they started inviting anyone to these grand galas, Tony Khan and Company meticulously built their brand. Like the carpenters, contractors and stage hands who construct their elaborate sets, they set out with a grand idea and a vision of what they might create.

Then – piece by piece, and bit by bit… they took a stack of materials, and turned them in to their own palace on the plateau of pro wrestling.

And the beautiful part is? It wasn’t always an ivory tower. They basically started from scratch.

AEW was fundamentally founded a few years ago, in the soil of the web series, Being the Elite.  Then, they put their stakes in the ground at the historic ALL IN pay-per-view in late 2018. From there, they cobbled away, adding parts and pieces to make their ultimate construction come together. 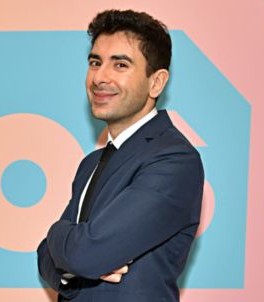 The results have turned out to be much more than just any, old shop class project… far bigger than any barn or bingo hall. AEW’s foundation now appears as solid as concrete, and it appears that they have a steady partner in the path they’re paving.

The announcement came just yesterday that TNT has already decided to extend Dynamite to 2023, with an option for 2024. They’re also planning the launch of a second weekly show, which means that in just a few short months, they’ve already decided that AEW is a lucrative piece of real estate.

So, don’t believe the naysayers; This isn’t Candyland. It’s a full-fledged fortress of the future. And, it isn’t being foreclosed on any time soon.

Right now? AEW should be admiring their handiwork. Along with their loyal fan base and a billionaire owner, they’ve also just been handed an extended television contract from one of the biggest cable entities in the world… and a whole new house to play in every week.

In a very short time, they’ve proven that their blueprint can work.

Building sets… Building careers… Building a brand.
And, perhaps? Even building an empire.