“Toxic people attach themselves like cinder blocks tied to your ankles, and then invite you for a swim in their poisoned waters.”
? John Mark Green

Oh, how the medium have fallen.

Impact Wrestling, who not too long ago were being considered the ‘comeback kid’ of the industry, appears to be careening down a spiral of sewage. As the promotion that arguably featured the best in-ring action of 2018, the Order of the Owl is now doing their best to ruin all that goodwill in recent weeks.

After struggling to survive financially, losing their TV home multiple times, and literally re-branding on two different occasions, it appeared the creative team of Don Callis and Scott D’Amore began to right the ship upon their arrival. This seemingly dynamic duo immediately elevated new talent, and begun using revolutionary production to cover the fact that they had to film several episodes at one time.

The continuity was improving, characters were given defined roles,  and even those who had always criticized Impact could see the slow and steady improvements. Perhaps, they would FINALLY secure their place as the true, number-two promotion in North America (?) 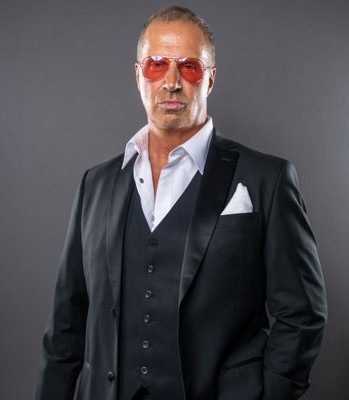 Unfortunately, after all this paddling to progress, they’ve now started to drop anchor.

A recent combination of bad timing, worse luck and some flat-out, stupid booking has the company looking a lot more like the old TNA of the Vince Russo era.

To be fair, some of the factors involved have been out of Callis & D’Amore’s control.

Just as they were finally finding a stable home on AXS TV, the company suffered a mass exodus of major talent. After losing their two best tag teams (LAX and The Lucha Bros.) in the fall to AEW, they recently saw the exits of two of their major singles stars in Killer Kross and Brian Cage.

Having said that, the writing on the show has taken a severe nosedive, and the recent on-screen product has begun to expose the team of Callis & D’Amore as either running on fumes… or out of ideas completely.

They’ve attempted to build new stars through either hyper-sexualized stories, inter-gender wrestling, slapstick comedy, or just flat-out gore. Emanating from small venues, their weekly show has evolved in to a garage band version of the ‘Attitude Era’.

From play-by-play announcer Josh Mathews’ over-acting to Callis’ incessant need to put himself over, the broadcast is as hard to listen to as it is to watch. While they don’t publicly release their ratings, it’s believed the show regularly draws less than 50,000 viewers.

And, while controversy may create cash in other venues, it’s not doing much to help Impact right now. As a matter of fact, their present need to be on the cutting edge, has left them with some scars in the eyes of pure wrestling fans.

After setting their minds to make the (already) controversial move of crowning a woman for the first time as their heavyweight champion, the creative team hit another roadblock.

Their hand-picked trail blazer, Tessa Blanchard, was besieged with rumors of racism and bullying… just ONE DAY before her concocted coronation. Undaunted, everything still went ahead as planned, and both she and the company have been feeling the social media repercussions ever since.

The man she faced for the title, Sami Callihan, was once one of the most reviled people in the company. Now, he’s one of its main eventers and figureheads.

Despite the fact that he has one of the truly bright minds in the business and is a former Impact World Champion, his physical stature and overall look make him not exactly the guy you would make the ‘face’ of a major promotion.

Having said that? Callihan’s disgusting snot and slobber show – once considered a freakish slice of the entire program – now takes a backseat to the carnival of chaos that has emerged in the last few weeks.

For several months now, Impact has featured the dick-flipping douchebaggery of Joey Ryan, one of the most polarizing figures in all of wrestling. Not only is Ryan’s act stupid and unbelievable, his mere presence immediately lends to the critics’ long-standing argument that Impact will always be ‘minor league’. Succumbing to the urge to bring in an indy sideshow for a cheap pop, the promotion has lent major screen time to a performer who turns most fans’ stomachs.

This same type of soap opera stupidity also cost the company recently, when they were banned from their own Twitch channel due to some racy and ridiculous content. 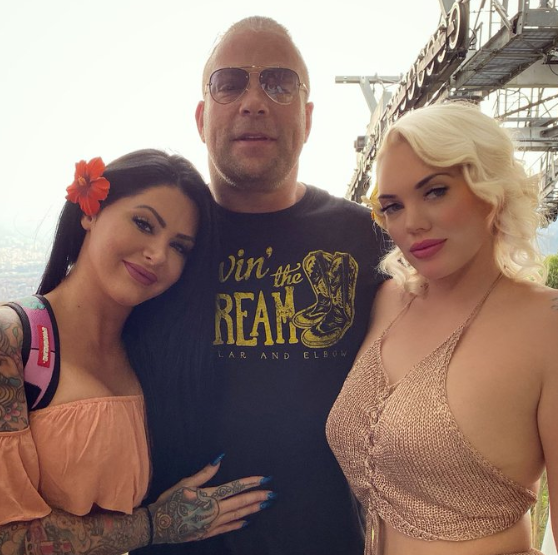 As has been well-documented, a segment featuring Rob Van Dam and two female sidekicks got the company removed from the service. Not only did it do nothing to further an angle or even get anyone over, it also didn’t get anyone ‘off’ either.

It wasn’t entertaining or sexy, which I guess is what Callis & D’Amore were going for.

While the ban from Twitch is likely only temporary, for now? This futile attempt at being ‘funny’ cost Impact a partnership that generated thousands of extra viewers each week. And, for a company with such a narrow scope, a few thousand? Means a lot.

And that’s the problem right now: People will accept almost anything, but not if it’s forced or overdone.  It’s okay to do comedy. It’s okay to do poorly acted mini-movies, or violent, hardcore wrestling. It’s even okay to do inter-gender wrestling.  None of those will kill off the audience’s attention span – if done in small doses.

But unfortunately, it seems like this barrage of burlesque and bad acting permeates the entire broadcast. At the same time, the few segments that actually do feature more realistic wrestling – without any gimmickry – get lost in the shockwaves of shit.

Don’t get me wrong; there are a still a few bright spots somewhere lurking in this dark abyss. Impact has a ton of talent remaining on their roster. Names like Jordynne Grace, Ethan Page, and Trey Miguel are terrific performers, but they’re left to swim in the cesspool that their company currently has them doing laps in. 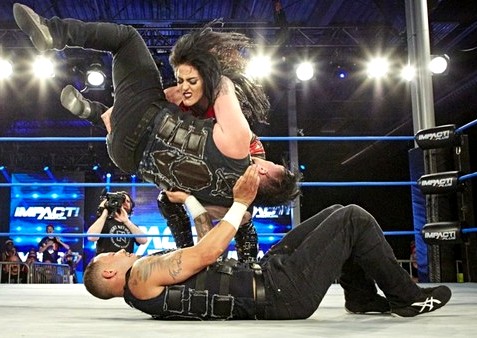 After over 17 years of what has been a series of bad decisions and bad luck, I’m convinced that the former TNA has hit one of its lowest points ever. In every stage of its life, this promotion has been able to walk between the rain drops and dodge land mines all at the same time. But now, that seems to have been all for nothing.

While it will always receive credit for being the ‘unsinkable Molly Brown’ of the pro wrestling industry, the promotion’s current product might make you wish for their extinction to finally arrive.

Indeed, to watch the current incarnation of IMPACT!, you need to come prepared with aspirin, Prozac, and a few shots of whiskey… All, while possibly wearing a body condom.

Callis and D’Amore, the creative team who looked to be starting a renaissance in late 2017, seem to have now run out of coal for the engine. Today, they’re basically content with relying on a bevy of novelty acts, toilet humor, and back alley bullshit to get through their two hours of scheduled programming each week

It’s a shame, too, because it appeared at one time like Anthem had found the right captains for this always-leaky ship. With D’Amore and Callis at the helm, it seemed like there would be nothing but smooth sailing ahead for the much-beleaguered company.

But now? The air has left the cabin; the ship is leaking water.  And if things don’t get better soon? Impact may go too far down to ever make it back to the surface again.