“There are people in the world so hungry, that God cannot appear to them except in the form of bread.”
― Mahatma Gandhi

As we continue to roll into 2019, there’s a lot to sink your teeth in to, in terms of professional wrestling. Just looking across the landscape, we’ve got a re-building Ring of Honor, a re-tooling Impact, and a re-emerging MLW. The women’s scene has never been hotter, and NXT continues to be revolutionary.

Despite some major defections, it appears that New Japan will continue its great match quality throughout this year and beyond. At the same time, there’s also the recent promise by WWE that they are determined to make their own product better.

There’s a literal smorgasbord of sports and entertainment out there, just waiting to be consumed. 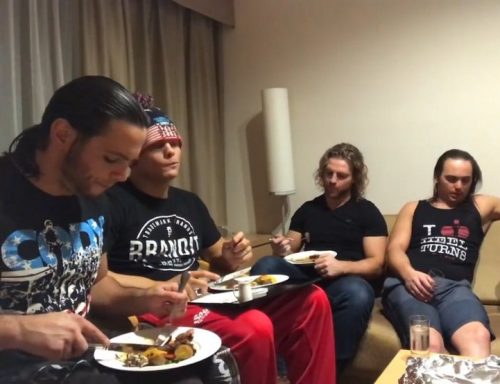 And then, there’s AEW – This Month’s Special.

Announced on January 1st, All Elite Wrestling has been the toast of the industry – and for good reason. The names and money involved are incredibly tantalizing, and the group’s cult following is already clamoring for a new-age version of the ‘Monday Night Wars’ era.

At the same time, there’s also been a bit of backlash directed at the new promotion ALREADY, before they’ve even run a show. Apparently, some folks aren’t too happy with all the hysteria.

While the prospect of a major promotion – funded by a billionaire – should have the fans mouths watering, some have pushed back from the table. Many armchair experts have already put on their critic’s hat, and started searching for cracks in the china.

I guess I don’t understand the negativity. There’s nothing wrong with constructive criticism, but some folks have really started grasping at straws on this one. It’s okay to be skeptical. But at the same time, we all need to recognize that none of us really knows what’s going to happen with the All Elite project. Because quite frankly, we’ve never really had a taste of anything like this before … Read the Full Column at FANSIDED.COM