Even amidst the hoopla of WWE’s Hall of Fame ceremony this year, I found myself dozing off a little. It was getting kind of long. And by long, I mean, I was starting to wonder when my last doctor’s appointment was.

But I was holding out to see Bill Goldberg take his turn at the podium.

Two Dr. Peppers later, the WCW security team led Bill to his rightful spot in history. Knowing that he was likely going to touch on his sometimes, rocky relationship with the company, I was doubly curious about what he had to say. 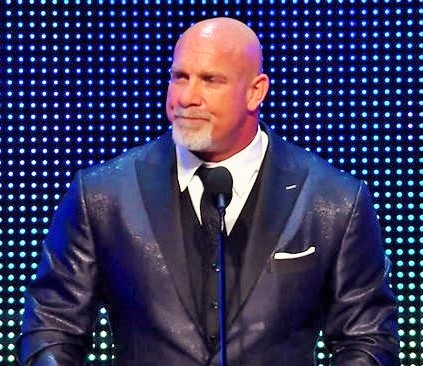 I’m also intrigued with the acknowledgements that the Hall of Famers make. I like to listen to the speeches and find out just exactly who (WHO?) the immortals are going to thank.

As he spoke, Goldberg delivered what would turn out to be one of the highlights of my own, WrestleMania weekend. He called out to the crowd, to my mentor, Bill Apter. It was a very deserved acknowledgement  – and one that should set the stage for next year’s ceremony in New York.

Apter, the legendary journalist identified for years with Pro Wrestling Illustrated magazine and now 1wrestling.com, is often put in the category of those who should be in consideration for WWE’s highest honor. As one of the more lovable contributors to the business, he’s remembered for his good-natured style of coverage, and for being helpful to wrestlers, promoters and fans.

For many people around the wrestling industry, he’s been a storyteller or a father figure. For me, he’s been a bit of both… and the man who instilled a belief that I could tell a few great stories about professional wrestling, myself.

So, I immediately sprung to attention, when I saw a massive, former world champion look out into the crowd, and acknowledge a man who told those same magical stories for decades. 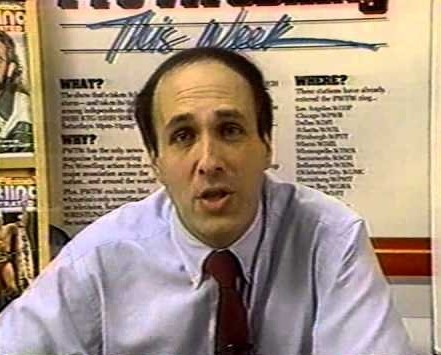 Known for his dedication and hard work, Apter was a veritable, “Where’s Waldo” of sports journalism: He might be writing a story, taking photos at ringside, or doing television segments on shows like Pro Wrestling This Week, or Georgia Championship  Wrestling.

Even today, in his early 70’s, he hasn’t slowed down much. He still makes regular appearances at wrestling shows and conventions, interacting with fans and acting as an ambassador of the sport.

In the days before the internet, wrestling magazines were a bridge of communication between the territories. What you couldn’t see on television in your area, you could read about in those slick-covered, neatly-produced gems. Like the Pony Express, they carried the news from person-to-person, and town to town.

It seemed for every city that had those monthly mags on the shelf, you would eventually find Bill Apter. Following the wrestlers, and sometimes traveling with them, he gained the first-hand knowledge of legends.

He was like a clean-living version of Hunter S. Thompson: shunning drink and drugs for slams and suplexes. But he spent a life on the road, riding with the sport through its most pivotal and vital eras. He also became a trusted confidant and fierce defender of the business, sometimes even acting to protect it from its own evils.

In his book, Is Wrestling Fixed? I Didn’t Know It Was Broken!, Apter mentions that, at times, Vince McMahon and the WWF didn’t want a lot to do with his group of publications. They had begun producing their own versions of the wrestling news, The WWF Magazine. He respected their wishes, and kept his distance in those years.

But through that, they maintained a healthy relationship, one that has been stoked even more in recent years. Always ready to offer his expert opinion, Bill has been involved with projects on the WWE Network and has a friendly relationship with the top people in the organization. Among wrestling journalists, he’s held in a warmer regard than most, and for his part, he maintains a professionalism that’s careful not to wear out that welcome.

And as far as WWE history is concerned, he was there for all of that, too.

He also just happened to be there in The Bayou on Friday night, April 6th, 2018. But, it was a much different type of Hall of Fame moment. To be sitting in attendance among his peers and with millions watching around the world, the most important spectator was there in New Orleans with him. 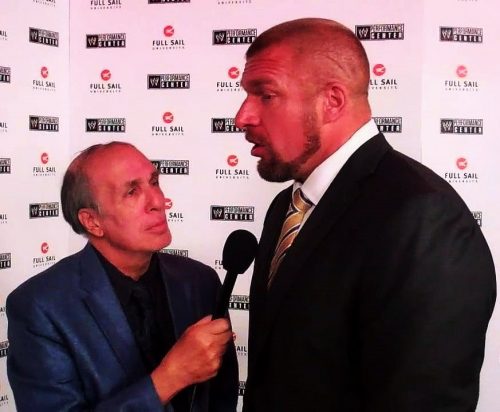 When the most legendary wrestling journalist of all-time received that high praise, Bill Apter was with his son. For someone who has spent the better part of 50 years baptized in the business, that simple nod may have been the sweetest christening thus far.

Next year, WrestleMania weekend will take place in the biggest city in the world, New York. It’s a city that WWE basically owns and one that Bill Apter knows well. After all, it’s his hometown. It also seems like a fitting place for him to achieve the final frontier of an epic voyage.

There is no wing of the WWE Hall of Fame for journalists. But then again, there are no wings at all. No walls and no windows.

With no building, the honor is simply a concept; With no brick-and-mortar, only an idea.

And, if that idea is about celebrating what makes wrestling great – if it’s merely the theory of rewarding those who have helped carry the industry – the 2019 Hall of Fame ceremony should include Bill Apter.