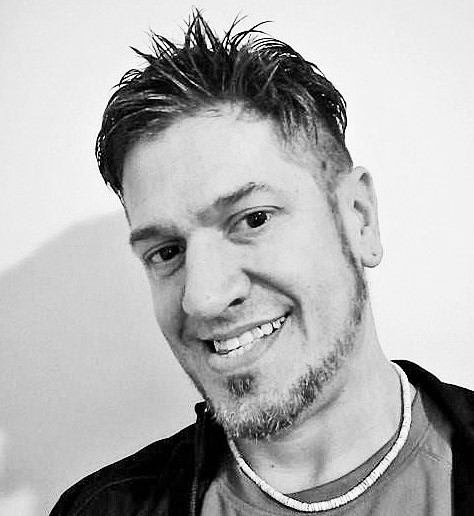 By now, everyone has re-played, re-written and re-christened the unfortunate fall that Titus O’Neil took at The Greatest Royal Rumble a couple of weeks ago. His full-gainer, going headfirst under the ring, has become the subject of countless podcasts, memes, and even bad jokes.

Indeed, very few men have received so much attention for sticking their head under a skirt.  (rimshot!)

The battle royal botch has been thoroughly contextualized for its place in wrestling lore, right down to Michael Cole dubbing it. “perhaps the greatest moment in Royal Rumble History”. And, I’m sure in the days that followed, Fred Ottman was probably bombarded with phone calls, as every armchair critic scrambled to find some creative comparison to the ‘Shockmaster Incident.’

At the end of the day, it’s just a guy who simply tripped and fell. On pay per view. In front of millions of people. No big deal, right?

But for us, the observer, it IS a big deal. It’s a snapshot of slapstick in our memory. This guy going in, with all the enthusiasm in the world… only to have the hot air let out of his balloon seconds later. Maybe it’s sadistic to laugh, but we ALL STILL LAUGH.

What is it about a simple mishap that seems to entertain us so much? As a sports fan growing up watching The Wide World of Sports, I have to admit: In a strange way, I always enjoyed the agony of defeat way more than the thrill of victory. Something about that skier flying down the mountain – with his life literally flashing before his eyes- was just DAMN funny.

On the wrestling side of the ledger, it’s really kind of an old joke at this point: We like to see performers flub once in a while. It’s human nature, for some perverse reason, to relish in watching the mighty fall. Literally.

Sites like ‘Botchamania’ have become cottage industries, taking fails and flops and turning them into the pro wrestling version of America’s Funniest Home Videos. GIFs of stupid spots, ignorant interviews, and silly stunts frequently find their way on to our phones or desktops. And for some reason, that small sample of human catastrophe entertains us for just a few seconds.

There’s something about our fascination with humiliation that should tell us about ourselves. It’s a double-sided coin: While we somewhat relish in that other person’s failure, we feel sympathy. And, a bit of relief that it’s not us taking the fall.

With pro wrestlers, I think their bloopers are even more eye-opening to us, because we expect them to be nearly perfect, every time. Like video games, if they don’t move correctly, we just assume it’s a glitch. But to err is human, and seeing that same human element helps us have a better connection with those ‘live action figures’.

It’s also because we’ve all been on the other side of the laughs. While when we fall, it may not be in front of millions of people, but the embarrassment is still the same. And, when we somehow dust ourselves off, we admire that in ourselves. We also admire that in our performers.

O’Neil’s trip has been replayed, over and over again, thanks to the internet and social media. And, at the end of the day, like Ottman, he will likely get the last laugh, becoming profitable in the long run by dealing in comedy.

The former Shockmaster now autographs versions of his old sparkly helmet. The one that supposedly did him in, over 20 years ago.

Because, outside of our obsession with other people’s embarrassment, is also a need for nostalgia. Some day, Titus will profit from his plummet by making appearances at conventions and trade shows, signing everything from pictures of The Fall, to ring aprons. and yes— even pairs of two left boots.

He seems to have taken it all in stride, almost basking in the mainstream attention it’s garnered. As someone whose life didn’t start so easily, O’Neil is already a shining example of perseverance. And his well-documented past only serves as an even greater backdrop for the thrill of victory, AFTER he gets done recovering from this tumble down the mountainside.

So maybe at the end of the day, the joke is on us. For our burning desire to see another person fall… only adds fuel to the fire for them to rise again.

“Success is the ability to go from one failure to another, with no loss of enthusiasm.”
Winston Churchill