“I believe very firmly in the principle of free agency – people making their own decisions and doing what they think is right.” — MITT ROMNEY

When Jon Moxley came rushing down the aisle at the MGM Grand Arena last weekend, he fired a shot in the night that started a revolution. Not just for the excitement surrounding the new All Elite Wrestling, or the possibilities that lay ahead of him in the ring. It was much bigger than that.

AEW’s opportunity to acquire Moxley wasn’t just a statement about storylines and scripts, it was a financial shot, as well. One that will have a ripple effect on everyone that follows him in a whole new era of free agency.

The former Dean Ambrose became the first competitor to complete his WWE contract, only to turn around and ‘jump ship’ to AEW. Along the way, he was in a position to negotiate his own salary, work schedule, and reasonable creative control. And, it was the first time in his career that he had the leverage to actually make those decisions, without risking a significant amount of money. 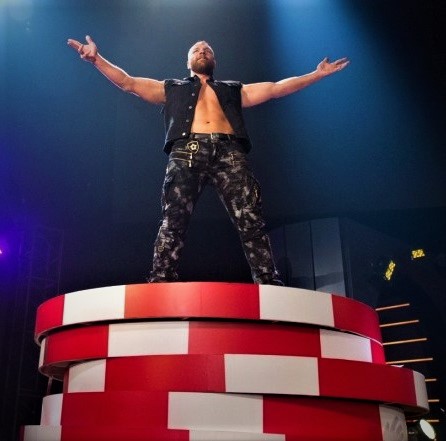 The former Dean Ambrose cashed in all his chips with WWE, only to be successfully reborn as Jon Moxley in All Elite Wrestling

Since the absorption of WCW in 2001, WWE has not only had a veritable stranglehold on wrestling television at its highest level, they’ve displayed a similar grip on its talent. For nearly two decades, top-level stars within their ranks had to settle for whatever they could get from the McMahons, often to the detriment of their career and personal happiness.

The only alternatives were massive pay cuts to toil on the indy level, or (for a select few) being forced to wrestle on the other side of the world. All without the massive public relations and merchandising machine of Stamford behind them.

Without coming right out and saying so, WWE’s basic philosophy when it came to their talent went something like this:

If you don’t like it here, hit the fuckin’ bricks.
And by the way… Good luck in your future endeavors.

While whispers of a monopoly cropped up from time to time, Vince McMahon and company have been able to walk between the raindrops when it comes to anti-trust laws. Even some recent bad PR regarding their labor practices didn’t really give the folks at WWE enough pause to bat an eyelash. They knew they held all the cards, as well as all the control.

In the meantime, several careers have gone by the wayside and overall morale has slowly spiraled to possibly its lowest point in history. And in more recent years, fan confidence in the product has dipped, as well.

The emergence of All Elite Wrestling has changed all that. With a billionaire backer who can match McMahon dollar-for-dollar in contract negotiations, impending free agents in the wrestling industry have to be licking their chops. They’ve been waiting for somebody – ANYBODY – to level the playing field, and Tony Khan and his checkbook just balanced those scales.

Think about it… Why would any wrestler, NOW, whose contract is about to be up, re-sign without testing the waters? Whether it be money or career opportunities, the chance for an established veteran to call their shot in their next move is invaluable.

But, it’s not just the performers who will benefit from free agency. The fans, and even the companies, will see many positives from wrestlers – and the rosters – being perpetually in motion. 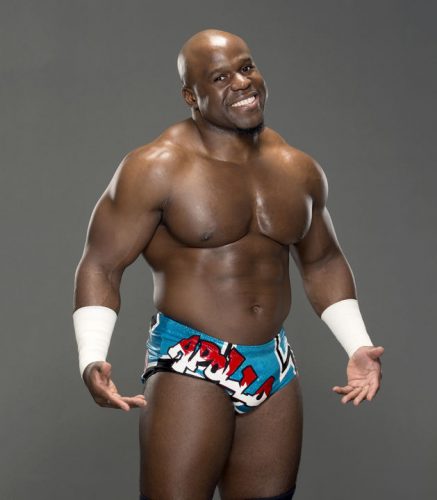 Stuck in the mid-card in WWE, Apollo Crews could be a potential star if he signed with AEW, a promotion that needs to fill out its roster with a few more athletic wrestlers

Why it’s good for the Wrestlers: With no union to back them, negotiating power and leverage are the only things an individual contractor has to protect themselves. And while many wrestlers on the top of the card in WWE are making comfortable salaries, free agency will give mid-card talents (for example, the recently-departed Shawn Spears) the opportunity to pursue greener pastures.

In the past, when a wrestler’s contract was up, they could either agree to a deal with WWE, or take their release. Now, they have the chance to go elsewhere, still receive national exposure, and possibly even make more money. For the performers and their families, its an opportunity they’ve been waiting on for a long time.

Why it’s good for AEW: Obviously, Cody and the Boys stand to benefit from being the ‘other guys’, as they will be ambitiously looking to fill out their roster. Despite a great showing at Double or Nothing, it’s safe to say that All Elite Wrestling could use a lot more star power.

One of the criticisms of the pay-per-view is that it lacked name recognition, polished personalities. and guys with ‘TV bodies’. As the upstart promotion makes its move towards prime time on TNT, having recognizable names and photogenic figures makes their product more audience-friendly. Despite their noble efforts to groom new talent, it wouldn’t hurt them to add a few household names to the mix. At the same time, it also cements the perception that they are ‘true competition’ to the big boys, as they try to establish their identity.

Why it’s even good for WWE: Not only does competition make the top dog run faster, it also never lets him rest. The WWE roster has become stale for one big reason — No one leaves. Many of the performers on the roster have been there 5, 10, even 20 years, or so. And they’ve all seemingly faced each other dozens of times. It’s caused most matches to become formulaic, and storylines to be recycled. Employee turnover ensures that McMahonland will have to put different pieces in different places, something that’s been sorely lacking since the start of this century.

MOST IMPORTANTLY, Why it’s good for the Fans: One of the shining keys to the Monday Night Wars era was its ability to always keep us guessing. With Eric Bischoff and Vince McMahon battling over talent, you just never knew who might show up on RAW or Nitro, out of the blue. With all due respect to the legendary stars of the time, that ‘element of surprise’ may have been the biggest MVP of the late 90’s boom; We didn’t dare miss an episode, because we always had stay on our toes. For a fanbase that has just sat through the most melancholy period in wrestling history, it would be nice to have that same sort of nervous anticipation again.

So, we’re entering an exciting era right now. One that will see lots of players change teams, and the landscape of the business shifting.

This form of profit-sharing already happens in major sports leagues. But for far too long, pro wrestlers haven’t gotten their slice of the pie in terms of revenue. Now, the industry is about to become a free market society again, and the economics behind the scenes will likely shape the way we view it, going forward

Sure, it’ll be tough getting used to seeing your ‘favorite stars’ leaving your ‘favorite promotion’ from time to time. And for a while, it may be a bit like musical chairs. But in the grand scheme of things – The transition of talent, as well as the income it should generate, will only be good for professional wrestling, as a whole.

Ryan Boman is the Editor-in-Chief of TheGorillaPosition.com and a feature writer whose previous work has appeared at The Miami Herald, SB Nation, The Southern & 1Wrestling.  He can be reached at ryankboman44@gmail.com