“The Son of Man goes forth to war, A golden crown to gain; His blood-red banner streams afar— Who follows in his train?”
? Rudyard Kipling, The Man Who Would Be King

When Bobby Lashley returned to WWE three months ago, it was as if everything had come full circle. He was coming back to the one place where he still had a lot to prove.

It was the chance for a homecoming. And possibly, an opportunity for a coronation.

Lashley originally entered the company (probably too soon) in 2005, as the apple of Vince McMahon’s eye. And for good reason. The 6’3″, 250-pounder was an explosive, chiseled blue chipper who could perform amazing feats of athleticism. A former amateur champion, Lashley was given an immediate winning streak, and multiple title reigns. Eventually, he was pushed to a historic spot with Donald Trump at WrestleMania, before leaving to pursue Strikeforce, Bellator, and TNA for a decade. For the most part, his first run with WWE has been typically remembered for its unfulfilled promise.

Ten years later, he’s a bona fide star, and was able to call his shots before signing back in January. When the ink was dry on this latest deal, Lashley reportedly told several outlets that one of his reasons for returning was to ultimately face Brock Lesnar at SummerSlam. 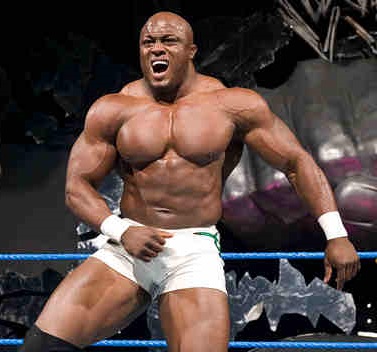 Lo and behold – Here we are, and he just defeated Roman Reigns at Extreme Rules…. With a spear and a clean pin, no less.

Lesnar is apparently obligated to wrestle at least one more match for WWE, before he departs to face Daniel Cormier in the ‘real world’ of MMA. With Brock in line for a UFC vacation, a spot just opened up for another physical freak. And if SummerSlam is The Beast’s going-away party, it makes sense for Lashley to be the man to take his title.

Firstly, Lesnar is only going to lose the belt to who he wants, and how he wants. And, he obviously wants to protect his future earnings in the process. All of that has been pretty well established. If he drops the belt to another supposed shooter, it still leaves him as much ‘credibility’ as you can have in a scripted sport.

For the companies involved, there’s also potential intrigue in having Lashley in the MMA fold, as well. He has pro experience, and while not nearly the fighter Lesnar is, he’s still considered to have some credibility in the cage.

The cross-promotional dollars would flow like water to both UFC and WWE if there were ever an event where their two champions met. Shoot or work, it would have people who don’t normally pay attention to either company talking.

Imagine a SummerSlam re-match next year, with UFC champion Lesnar facing Universal champion Lashley… having never crossed paths for a year? The mainstream coverage would be massive, and revenue would be enormous. 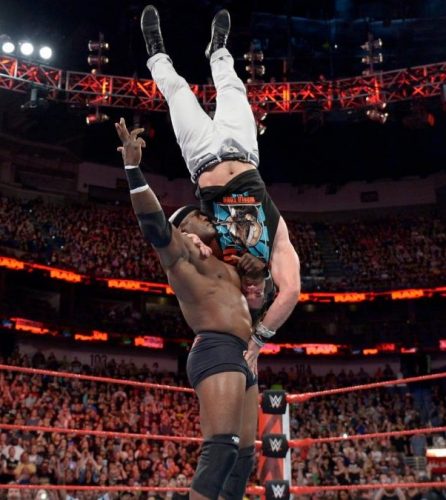 It could be in the realm of what many industry observers call ‘Mayweather Money’. The type of astronomical demand that allows a promoter to charge 75-100 dollars for a pay-per-view. And, it also follows a similar model of boxing: Less matches, more money… which is sort of like the schedule Brock has now.

The buzz around Ronda Rousey and the stir caused by Brock at UFC 226 have made it perfectly clear. Somewhere, a nerve has been struck with the fans about the crossover appeal of these two combat sports giants. And I think both Dana White and Vince McMahon are smart enough to recognize that. The potential to grow both of their organizations is here, and I expect them to take advantage of that.

Remember when Dan Severn would walk out on RAW, wearing the UFC title belt? 20 years later, Vince McMahon probably wouldn’t mind seeing the Universal championship make an appearance in The Octagon.  I think he loves the idea of tapping into that other market, and having representation with a fresh audience. After all, crossovers seem to be his thing.

And, it makes sense for Dana White, as well. Ultimate Fighting has had a lull in popularity in recent years. The cooperation would benefit both UFC, and their athletes, greatly. It opens the door for more cage fighters to become pro wrestlers – and vice versa. The potential earnings in working ‘on both sides of the fence’ has to be appealing. Especially when they see what Rousey and Lesnar have earned in wrestling.

In essence, WWE can fulfill whatever contractual obligations they have to Bobby Lashley, allow Lesnar to go away gracefully, and open the door to potential big revenue with a strong partner and a different audience. In the meantime, they can also satisfy their own fans by having a champion that appears regularly, and one they aren’t automatically inclined to boo. 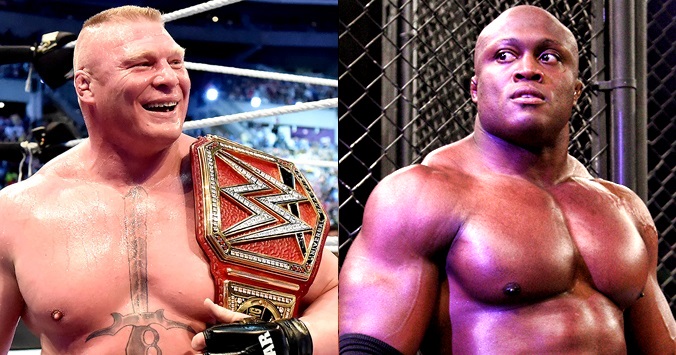 (On a side note – Putting the belt on Lashley also might soften a bit of the PR blowback the company will undoubtedly receive from bringing back Hulk Hogan… for reasons we’re all very aware of.)

That combination of factors is why Lashley will probably walk out of SummerSlam with the Universal title. Perhaps even Daniel Cormier will be there, and distract Lesnar, costing him the match. It would be a great way to hype their showdown, and blur the lines even more.

Whatever the scenario, it seems almost destined to happen. The stars have lined up for Bobby Lashley to be the next King of The Universe… and to carry The Blood Red Banner.