“It’s time we stop… hey, what’s that sound?
Everybody look what’s going down.”
—Buffalo Springfield, ‘For What It’s Worth’

Professional wrestling’s Summer of Love culminated in suburban Chicago on Labor Day weekend, with the much-anticipated All In pay-per-view being being widely hailed as a success. As the leaves begin to turn, and Fall is upon us, the Season of Change in the wrestling business appears to have already arrived.

All In capped off a string of months that saw unprecedented cooperation in the industry, and showcased some of the greatest independent talent from all over the globe in a “We Are the World”-type moment.

Wrapped perfectly around the wrestling card was the Starrcast weekend spectacular. It stretched over four days, and illustrated a special type of unity among wrestlers, promoters, fans and media. One that we’ve never really seen before. 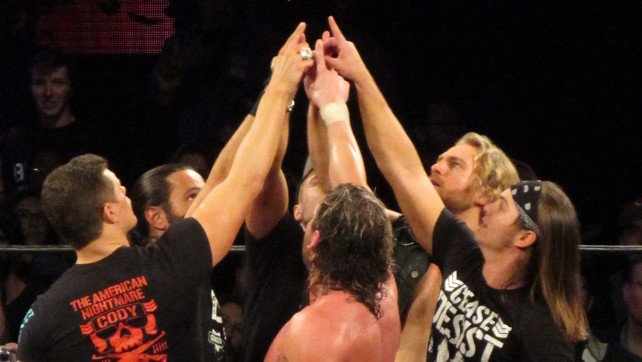 While All In was the brainchild of Cody Rhodes and The Young Bucks, it also received a not-so-small assist from pretty much everyone else not currently in the WWE Universe. The card featured wrestlers from Ring of Honor, New Japan, Impact, the NWA, Lucha Underground, MLW, CMLL and AAA. The announce team and other personalities involved were also an amalgamation of those brands. The entire night was a veritable stone soup of pro wrestling talent.

The event also got some help from an amazing crowd, who converged in the Sears Centre stands and sang a raging harmony – to the tune of 10,411 strong. At certain points in the night, the fans’ tribal chants reached the decibel levels of a stadium audience.

That last statement might be the most significant of all. Historians will point to the fact that it’s been 25 years since an American wrestling company not named WWF/E or WCW has sold 10 thousand seats to any show. But, hard numbers don’t necessarily illustrate the total impact of All In. This wasn’t just “any show”.

No. It was an epiphany, a revelation, and a spiritual event… all rolled into one. On top of its cavalcade of stars, All In provided a little bit of everything on this hot, Saturday night special. 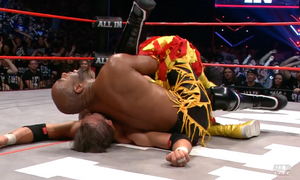 You had  some great matches and a couple of big title changes, sprinkled somewhere in between Jay Lethal portraying the Macho Man, and Jordynne Grace power-bombing Brian Cage. We saw a terrific back-and-forth battle between Kenny Omega and Pentagon Jr, which ended up leading to a shocking appearance by Chris Jericho.

In what played out like a three-ring circus, All In also featured a TV star on the mat (Stephen Amell, of Arrow) and a rock star (John Mayer, of… lots of promiscuous sex) in the front row.  It gave the show that intriguing element of the Hollywood glitz, smeared with a glob of clown makeup.

There were legends. And champions. And surprises. 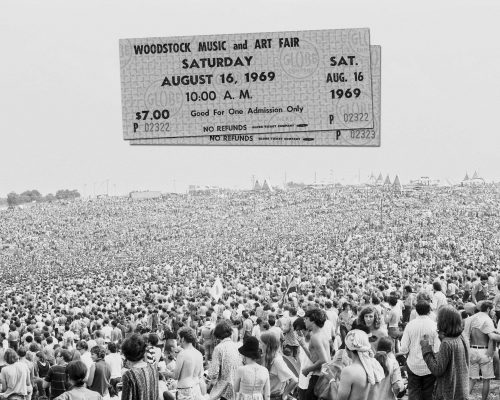 Because of all that, it was just weird and wonderful enough to shake the foundations of what we normally associate with a major, wrestling event. All In could be dismissed as a “giant indy show”, one big blow off, or perhaps, just a shot in the dark. But, it wasn’t. It was this generation’s pro wrestling Woodstock. A protest of thousands, rising together in one makeshift event, to have one voice. I’m almost surprised no one in the crowd got naked.

And, much like the legendary music festival, it’s more about the statement that’s been made, than the performance itself.

In 1969, rock’s biggest concert was initially viewed by some critics as a mere throw-together of various musicians. Some of the acts didn’t seem to belong, but that didn’t really matter. That wasn’t the point. Genres were blending and boundaries were being crossed for the first time ever. In the end, Woodstock proved to be less about music, and more symbolized a gathering of like-minded people.

That collection of talent produced one of the most groundbreaking moments in modern pop culture. And in terms of the ‘pro wrestling culture’, All In accomplished the same thing. 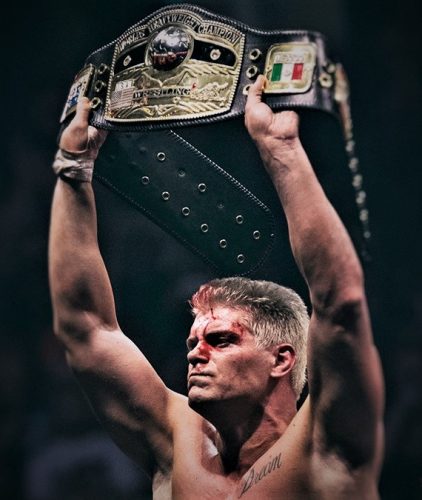 It was about ‘the moment’ – the point where so many people came together for one cause. This wasn’t just any event: Make no mistake, this was a protest. A rally.  A cry for change.

That probably should have been apparent when the show sold out in 30 minutes, without a single match being announced. If not, then the sounds coming out of the Sears Centre would fill in the rest of the story later.

In the grand scheme of things, fans want to have a voice. And collectively, they wanted to guarantee that All In was a success – if for no other reason, because it gave them a ‘vote’. It allowed the audience to send a message to the big boys, in the form of a pro wrestling protest.

So, You say you want a Revolution? Well, you know… Saturday night was the first shot fired in that war. But, it certainly won’t be the last.

A Change is Gonna Come.