When you’re associated with the Big Apple and Madison Square Garden, you have to think on a massive scale.

Known as The Valley of The Giants since the 70s, WWE has a rich tradition of big men, From Andre the Giant & Big John Studd to Yokozuna & The Big Show. Throw in massive seven-footers like Sid Vicious, The Undertaker and Kane, and a few other stupendously-sized stars, and you’ve got a scale-busting list of super heavyweights.

And now, steps in Braun Strowman, the 34-year-old Bunyan-esque challenger at No Mercy. He will battle a fellow human slab of beef in Brock Lesnar for the Universal title. All combined, the two men will bring about 660 pounds of punishment to the ring tonight.

Strowman is exactly the type of wrestler that Vince McMahon searches for: Exaggerated mass, a unique look, and the kind of power that that could fill an electric substation 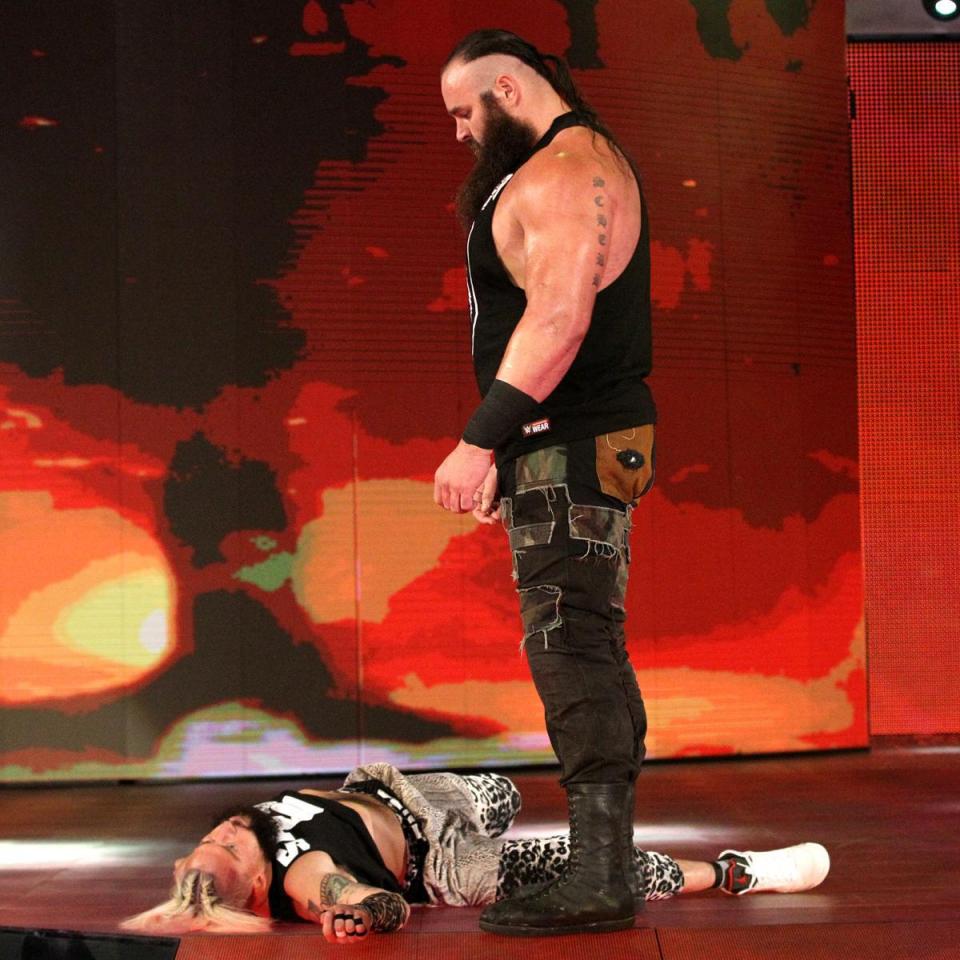 Cut right from God’s bicep, this 6’8″ tree tower hasn’t disappointed since leaving the Wyatt Family for a solo career, exploding through the competition and leaving Lesnar in his wake three times heading into tonight’s main event. He also threw around more hardware at SummerSlam than a demolition crew, even knocking the once unstoppable Beast out of the match for a brief time. Lesnar would rally to win the match and retain the title, but it was Strowman who sent the electricity through the arena. The Monster Among Men established himself as a breakout star.

Strowman’s wrecking ball ride to the top of the card is no surprise to longtime observers, who know of McMahon’s affinity for powerhouses. But, it frustrates some fans who feel that Strowman hasn’t ‘paid his dues’. He barely appeared in NXT before making the main roster. After showcasing his incredible presence with The Wyatts, he was nursed along as a singles performer, and fed hapless opponents.

Still, he has one thing that the company covets: He knows how to flip the switch, and turn up the juice. And when he does, it sends a jolt through the WWE Universe.

And while other, more skilled wrestlers like Shinseke Nakamura may may be the darling of some internet fans, he’s merely an insect in comparison to Strowman- kind of like Godzilla vs. Mothra. For all of his lightning, he can’t replicate the thunder that Strowman can deliver. 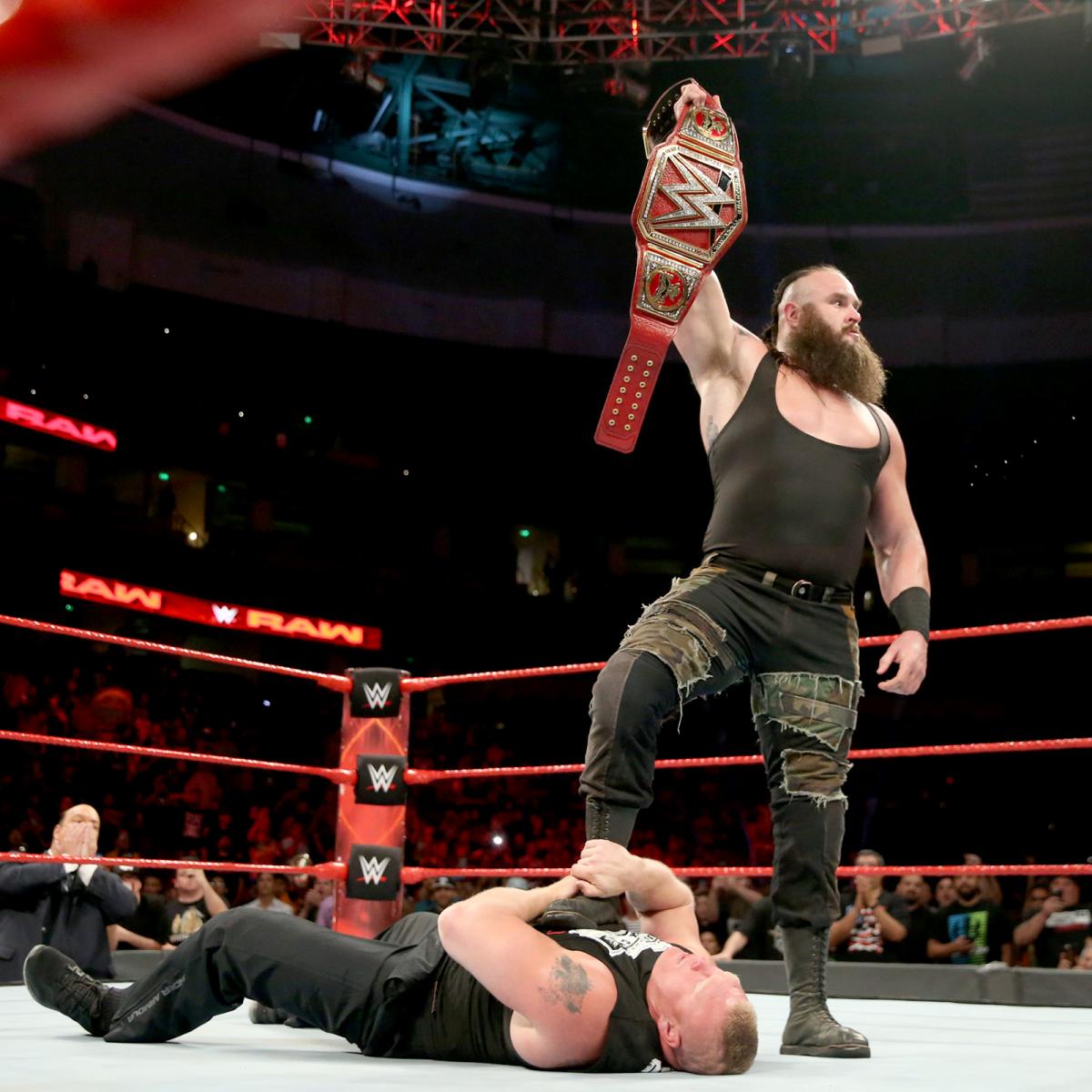 That same thunder can be heard from the crowd, every time one of Strowman’s feats of strength wows them. It’s that wall of sound that helped propel Strowman to where he stands today… one crushing blow from becoming the Universal Champion. In a REALISTIC Land of the Giants, it would only be fitting if he were to topple the Goliath known as Lesnar.

If many fans had their way, Braun Strowman would turn the lights out on Lesnar’s reign tonight  and walk away from No Mercy as the newly-crowned champion.

But, no matter the outcome, the biggest of big men in WWE will eventually be Strowman. It’s now become his rather large pair of shoes to fill, either tonight, or somewhere down the road.

When he finally does, he will tower over over all the Lilliputians for years to come- in a land that is custom-made for his status as a Giant.

Because in WWE… size and strength are STILL where the POWER lies.