Sometimes… you just gotta do the ‘do.

In the course of professional wrestling history, its performers have sported some pretty interesting haircuts. The kind that look like they are the work of a blind barber. Or possibly, some type of fraternity prank.

In a business where the will to be weird is usually rewarded, you can always start at the top. At least, in terms of your looks and your locks. That’s why I’ve always thought, you can tell just as much about a guy from his hairstyle, as his ring style. 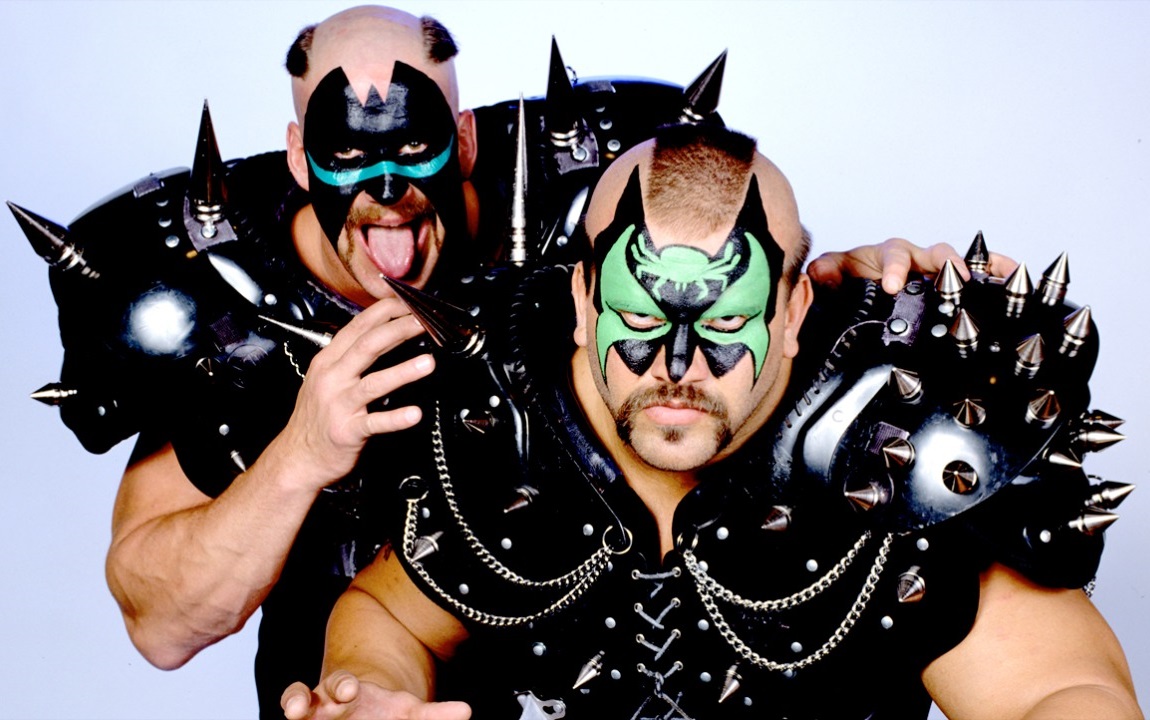 For example, if you ever saw a wrestler coming down the aisle with a crazy, half- shaved dome, you already assumed he was either wild or dangerous — And likely both.

Whether it was a Warrior, a Hunter, or a Tribesman, missing half of your lid was enough to make anyone blow their top. And when you’re in that kind of mood, you’re bound to do anything, which represents an almost sadistic kind of freedom.

The Legion of Doom sported it, while wearing spiked shoulder pads and benchpressing their opponents to the rafters, so no one thought to make any quips about their coifs.

Along the way, they inspired some wrestlers and fans to adopt a similar look. All of a sudden, the idea of seeing a guy in the ring with punk-ish hair or shaved-in lines didn’t seem weird; It seemed wicked.

Then, of course, there were the pretty boys.

One of the sport’s more prevalent styles has been platinum blonde hair, which was originally brought in to play by mat pioneers like Gorgeous George and Buddy Rogers. As the look grew in popularity, stars such as Ric Flair, Billy Graham and Dusty Rhodes would be at least partially responsible for the boom in sales of Sun-In during the 70’s and 80’s. 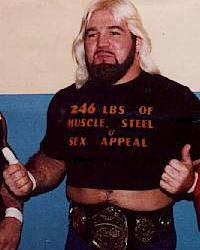 An unusual accompaniment to bleached-blonde hair, was the addition of a dark beard. This meant there was a bit of a peroxide paradox, as the hair on top of the guy’s head was a hundred shades lighter than his chin whiskers. I like to refer to this overpowering, ‘dirty beach bum’ look as The Rip Oliver.

Despite being popularized by stars like Michael Hayes and the Fabulous Ones, it’s The Crippler who pulls this one off the best. The Portland legend truly looked like the guy who might kick sand in your face on a Charles Atlas comic book ad.

In this grand game of grappling, there have been styles ranging from rattails to rainbow colors. And don’t forget all the spikes, curls and perms… oh my!

But the times they are a-changin’. Lately, cultural shifts have added some fresh, new looks.  It’s really upped the game in terms of the mane.

In recent years, we’ve seen wrestlers with afros and cornrows, which is wonderful, in terms of diversity. We’ve also seen Raven with dreadlocks; Which isn’t. 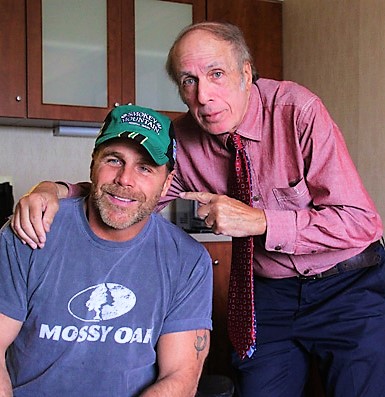 Follically-challenged pro wrestling personalities have used everything from caps to combovers to get a little, extra coverage

Bald heads were once strictly the dome-ain of heel wrestlers. The stereotypical Nazis, maniacs, and escaped convicts must have saved a lot on shampoo, because they never seemed to have any hair.

I guess it’s just as well – guys like that shouldn’t have a comb or a brush; they would just find a way to use it as a weapon.

By the 90’s, however, Steve Austin and Bill Goldberg were sporting bald heads as menacing heroes. This would inspire a lot of portly white guys to shear off all their own locks, and grow goatees – sadly not realizing that fat guys with scalp jobs do NOT look good.

Firstly, you need some hair to cover the extra layer of skull fat. So, for a time in the late 90’s, there were rows of overweight, wrestling dudes whose bunched-up necks looked like a pack of raw hot dogs. (Unbeknownst to them, of course.)

Today, chrome domes are pretty common amongst the babyfaces, but it was likely one groundbreaker who made all that possible. In fact, he gave a BIG BOOT to the idea that fan favorites needed follicles to be famous.

Of course, I’m talking about The Immortally Bald Hulk Hogan. 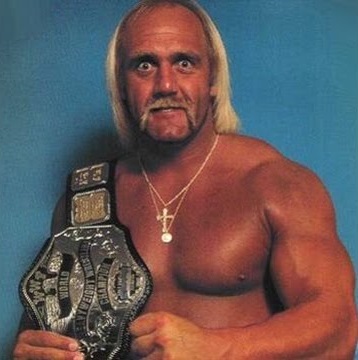 As we transition from Baldies to Mullets, it’s the perfect time to mention The Hulkster, who became trapped between those two, contrasting styles around 1977… and seemingly never escaped.

Hogan, who I guess felt like more in the back made up for a lack up front, has always sported a look than can only be described as The Skullet.

It’s sort of like an airport cocktail lounge: There’s a party in the rear, but a runway in the front.

In the 70’s, everyone ‘cool’ had to have long hair, and the prevailing attitude of the time was the more the merrier. But without a plentiful garden, Hogan sowed what seeds he could.  It worked out quite nicely for him.

Which brings us, now to the aforementioned mullet. Perhaps the greatest wrestling hairstyle of all time.

In the 80’s, no four men better symbolized this industrious ‘do than the teams of the Rock and Roll Express and Midnight Express. At one point – Condrey, Eaton, Gibson and Morton could work daredevil matches without a safety net, but they wouldn’t dare to enter the arena without their Aqua Net.

It’s a look that became so associated with those men, that they still have a semblance of the same style to this day. In wrestling, I guess some things still stand the test of time. And gravity.

So, there you have it… A list of locks a mile long. And, while I’m sure there are tons of other hairdos I forgot to mention, I’m sorry: They just didn’t make the cut.

Ryan Boman is the Editor in Chief of TheGorillaPosition.com and a feature writer whose work has appeared at The Miami Herald, 1Wrestling.com, The County Journal and SB Nation. He can be reached at ryankboman44@gmail.com and on Twitter @RyanKBoman