“The pleasure of reading a story, and wondering what will come next for the hero… is a pleasure that has lasted for centuries and, I think, will always be with us.”
— Stan Lee

Another Monday Night RAW has come and gone, and honestly, there haven’t been a lot of high points to discuss in the past few weeks. While the new ‘flash phrase’ is that ratings don’t matter, interest level certainly does. And, in terms of intrigue, this program has been flatter than the plains of Kansas recently.

The impulse is to immediately blame the folks who are writing the show, or the fact that they have three MIND-NUMBING hours to fill each week. Throw in a rather unfortunate set of circumstances – they lost their handpicked star in Roman Reigns, and have dealt with a slew of other injuries – and they’ve had a lot of plays taken out of their playbook. So, it could be easy to forgive them for their stumbles.

But the fans haven’t, and they’ve spoken with a mix of both anger and apathy. Viewership is down, interest is waning, and the grumblings around the internet have grown in to a roar. 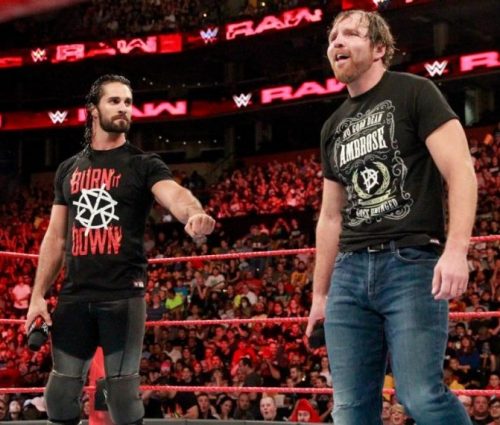 While both of WWE’s main programs have felt the backlash, it is The Red Brand that usually receives the majority of the fury. RAW is held to a certain standard by the fanbase, and when it doesn’t perform, the mob can get surly.

In the mean time, the program itself has seemingly become just as cantankerous, focusing more on the dastardly villains – with their broken rules and broken promises. Once again, a heel authority figure has been put in place, in the form of Baron Corbin, and the supposed ‘reign of terror’ that followed has gone over like a fart in church. Now, viewers just seem to be waiting for his inevitable ouster.

Amidst the loss of The Big Dog and an otherwise bland roster, there was to be one saving grace for the flagship show: The fallout from another break-up of The Shield. This time, it was Dean Ambrose’s turn to be the Benedict Arnold of the group, leaving Seth Rollins standing alone to take vengeance upon him.

Unfortunately, the feud between these two Hounds of Justice has been stalled by strange interactions and silly scripting. It’s killed a lot of the initial steam, but the two veteran performers are likely to erase all that confusion with a terrific performance in their match-up at TLC.  From there, the war is likely to continue in to early 2019, and in the end, Rollins will surely come out ahead.

The 32-year-old, who might be the brand’s best all-around performer, has a big opportunity. With Reigns sidelined indefinitely, there’s a huge spot waiting to be filled after dispatching of Ambrose. 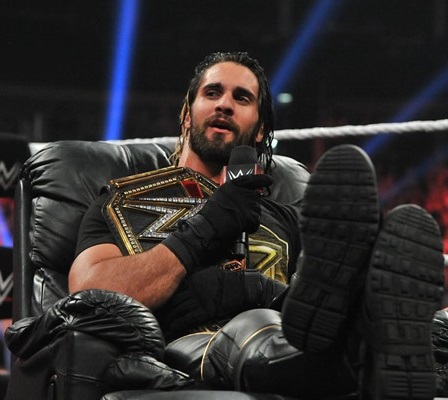 WWE is desperately in need of a babyface figure that the Monday Night marks can get behind, and only a super athlete can possibly fill that Superman role.

So, why not just hand the red cape to Rollins? With an overload of heelish characters on RAW, who better to battle their way through them than an established fan favorite? One who is going on the run of a lifetime?  Maybe even a run all the way to WrestleMania?

Granted – Rollins is already an established superstar. He’s been a main event player before, as a heel champion under the thumb of Triple H.

However, most fans and observers would agree that his first run on top was mostly sub par, at least for an athlete of his potential. He never seemed to find a comfort level, and was even criticized for injuring several wrestlers with his buckle bomb – most notably ending Sting’s career.

Then, he, himself, was sidelined with a serious knee injury, and was forced to vacate the title. When he finally made his triumphant return seven months later, the powers-that-be tried to program him as a bitter heel. But, the fans weren’t having it; They cheered him anyway, and WWE was forced to go with the flow.

Since his comeback, Rollins has garnered a new level of respect from the audience, particularly after his amazing and gutsy Gauntlet Match performance in February. It’s a reverence he didn’t receive during his time as the World Champion, and it’s either a nod to – or a byproduct of – his maturity as a performer. .

Now, he appears more ready than ever to become a next-level superstar. And, while Rollins may not necessarily be a new name in terms of the WWE Universe, he’s never been put in the driver’s seat as the company’s number one babyface. With Roman Reigns out and RAW struggling, now might be a good time to see if Rollins can drive the Batmobile — Or, at least let him take it out for a spin. 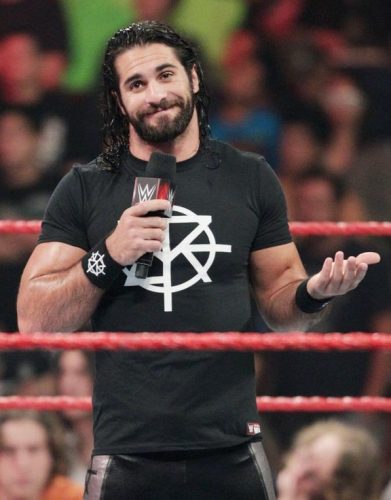 Quite frankly, they’ve got nothing to lose. Rollins is a reliable grappler with star quality. He’s a built-in replacement for Reigns, and could easily take this opportunity to blossom. And unlike his Shield brother, he isn’t a powerhouse, so he could actually garner the sympathy of a traditional babyface; He can fly like Superman, but at times, still be susceptible to Kryptonite

Seth Rollins is the type of thrilling performer who could captivate the audience if he were cast in that leading-man role. A wrestler that can offer them excitement in the ring, and an emotional attachment outside of it. He could sell the struggle… maybe even just enough to get the fans’ emotions stirring on Monday Nights again.

At one of the darkest times in the company’s recent history, Rollins’ workhorse ring style and likable character could be the shot in the arm that RAW desperately needs: A modern day hero. A Daredevil. A Punisher. An Architect

And most of all… someone to cheer for. All the way to the Universal Title.