Sometime around the summer of 1987, I went over to a friend’s house and discovered for the first time – the Nintendo Entertainment System. I was 12, and a child of the Atari era, so the improved graphics and new gameplay had my fingers pumping and my imagination working overtime.

As we plugged away at the classics like Mario and Duck Hunt, all I could think about was how cool it would be if they made a game like this for wrestling. When I discovered they actually did, I asked for it for Christmas. Not just the game…. The whole system. I didn’t own one, but I needed one. Because I needed to put a video-game, vice grip on an electronic opponent.

Once I opened the sticky, plastic wrapping during that holiday morn, I wasted no time. I fired up the console and became submerged in a game that Nintendo marketed simply under the title of “Pro Wrestling”. 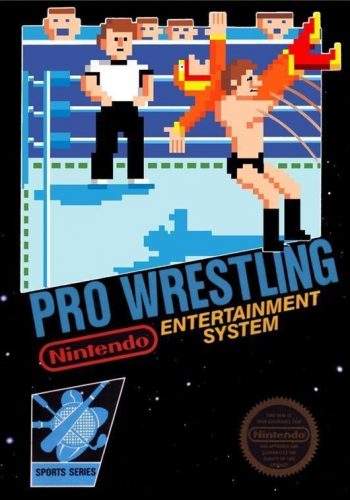 Within minutes, I began to navigate around the VWA, or “Video Wrestling Association”, where you would battle unusual contenders for a shot at the champion. Sounded simple, and it was. That’s what made it so great.

Aside from its insufferably repetitive music (a trademark of video games at the time), the animated action in the ring was actually a lot of fun. Like most fighting games, you basically just wear down your opponent and then go for the kill. With graphics that were nothing like the incredible artwork of today, the characters were basic, cartoon images.

Pretty simple stuff, but just the idea that it was wrapped in a make-believe wrestling world made it special to a kid like me.

First, you had to choose a wrestler to portray. My choice (and the choice of many of those of the Pepsi Generation) was Star Man… The top rope daredevil who may have stolen some of his gimmick from Jushin Thunder Liger.

Actually, I’m not really sure his country of origin. It could have been Mexico, Japan or possibly even Neptune. Regardless, he should probably be elected to the Lucha Libre Hall of Fame, as he introduced a whole generation of young, white Americans to the high-flying style.

During the course of the game, Star Man would finish off his opponents with a top rope press. I can’t technically call it a frog splash… because it actually looked more like a spider being caught in a water faucet. 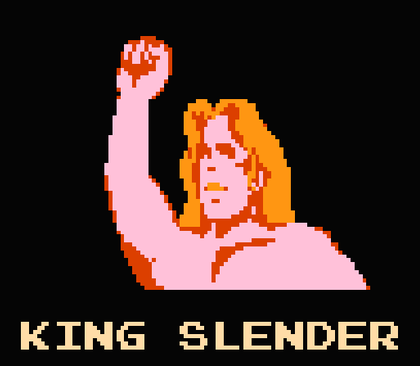 Again, you kinda had to use your imagination.

Other characters in the game were Fighter Hayabusa , who seemed to be an insufferable prick, and the sneaky foreigner, Kin Corn Karn.

Another guy,King Slender, had the most pristine hair in the history of video wrestling. In fact – on closer inspection – his mane looked an awful LOT like Triple H’s during his days as Terra Ryzing in WCW.

Perhaps one of the great heels in wrestling history also appears in this game. The Amazon was the oddity- crazier than The Missing Link, and more dastardly than Abdullah the Butcher. And if you weren’t careful, he’d grab you and start gnawing on your head like a chicken wing.

As good as I got, every now and then, I would lose. Of course, it was never actually my fault. My hand slipped off the buttons, due to the grease left on my fingers from the bag of potato chips nearby. Or, perhaps it was from fatigue, caused by the 14 straight hours I had been dishing out digital dropkicks.

Sometimes, the game would freeze up, and your match would be gone.

All was not completely lost, however: This classic refused to die. All you had to do was pull out the cartridge, blow inside, and then re-insert, and it was good as new. So in some ways, this game was hardcore even before ECW was. 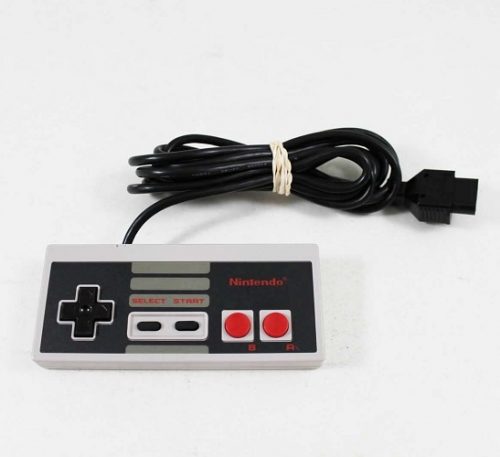 Win or lose, perhaps the best thing about “Pro Wrestling” was, for the first time, I could really feel like I was taking part in something that I dearly loved. Getting lost in that game was similar to creating your own homemade title belt, or using the couch pillows as make-believe ‘steel chairs’ when you were re-creating a brawl with your buddies.

Most importantly, it was just one more way to daydream about my passion.

Of all the things that make the sport of wrestling so great, perhaps its most charming quality is that it let us all be kids, if only for just a little while. On the flip side, the beauty of the video game back then, was that it let us kids take on the role of our favorite (grown-up) wrestler.

I’ll never forget that Christmas of ’87, or the first time I heard that silly opening theme song. Nor would I trade any other grappling game since then for that old school, NES classic. And, I’ll always remember the finger cramps – and hours lost – fondly.

For the first time, I was no longer just a fan… I was finally ‘Playing with Power‘.