It’s time to bust some heads.

When you hear people give their opinions on what’s wrong with the state of the business today, they offer many different theories. Fans discuss bad angles and bad gimmicks. They may even complain about the choreography and the lack of emotion in the business.

Well, if there’s one emotion you can never take away, it’s FEAR. That paralyzing feeling of not knowing what’s about to happen next. And, I think it’s high time we brought back a little of that pure, unfiltered terror to the world of professional wrestling.

That’s right. What we really need as an audience is a little more MAYHEM in our lives. In other words… no pussies allowed. 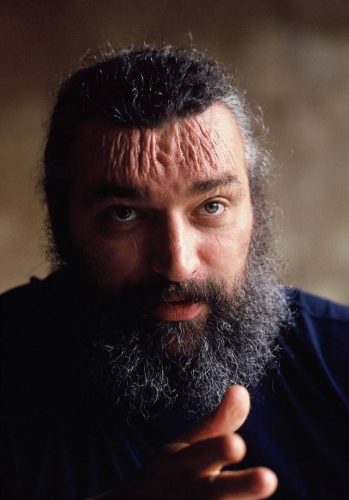 First of all, bring in guys who might actually want to start a fight. Some scary dude who looks like his parents come from the same family tree, not these bikini boys and underwear models that they put on the TV box now. We don’t need any more kids who polished their fighting skills by playing hours of Mortal Kombat.

As much as I enjoy the Finn Balors of the world, he looks more like the kind of sweetheart that would help you across the street- not leave you laying in one. And please, no more of these ‘fake tough guys’, either. Don’t take some boy out of his ballerina costume, dress him in a black t-shirt and jeans, and call him a “badass”. No, no. I’m talking about real shit kickers like the Vachons, Stan Stasiak or Bruiser FUCKIN’ Brody.

Big, mean, ugly guys that would bite your ear off on their way to the ring (or possibly) to their car. I want to see brawlers so disgusting, hairy and fat, that they could hide a foreign object between their folds of flesh.

We’ve gotta have tough wrestlers, because they will be the first line of defense against our fans.

A good group of wrestling crazies should start drinking heavily about an hour or two before every event. As a good rule of thumb, I want them so intoxicated that they can’t remember any stupid crowd chants, and instead, just lose their inhibitions and go on emotions. So emotional, in fact, that they want to kill the wrestlers, or possibly each other.

disclaimer: (You’ll have to bring your own booze, because we broke the concession stand last month. If not, don’t worry; there’s a Stuckey’s about two blocks down the street.)

As far as safety? Well don’t worry, there won’t be much.

Let’s start with the building. We need a place that only holds a few thousand people, and doubles as a whore house on Wednesday nights. I also want the guard rail replaced with the old wire clothesline from the Sportatorium. I don’t want that line to be a barrier… I want it to be more like A DARE to come across that semi-invisible force field.

This hopefully results in as much chaos taking place in the stands as in the ring. An environment where an attendee has as good a chance of getting hit with a broken beer bottle as they do a stranger’s fist or a flying baby. 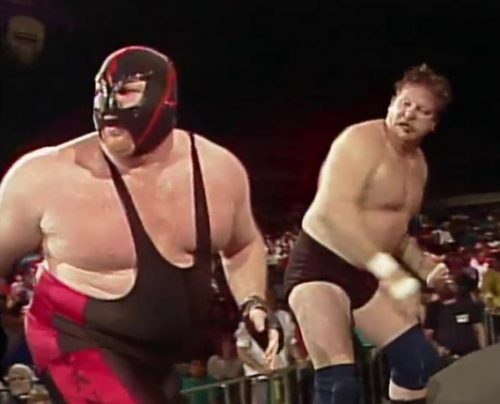 For one night, every cousin, outlaw, and otherwise reprehensible human being gets to take their filthy ass through the turnstile. Leave your 8 bits at the door, and just let yourself in.

And do you know why? Because that’s what pro wrestling is. It’s dirty. Any antiseptic version of the original just doesn’t compare.

In other words, wrestling should be something you’re really scared to miss, and a little afraid to attend. It should give you the kind of butterflies that feel like they are eating you up inside, because the action is so raw. It should sneak up on you like a roller coaster ride, making you feel both alive and dead at the same time.

Fear is a strong emotion. It may not be safe… but it’s one hell of a good time. As a matter of fact, it’s the kind of good times that I wish would scare the hell out of me right now.