The slowly creeping madness known as ‘The Killer Kross Phenomenon’ has arrived, and the people can’t seem to get enough of it.

On Sunday, at Impact Wrestling’s Homecoming pay-per-view, the opening shot of 2019 was fired, quite appropriately, by a guy who was dressed like a hitman. He wasn’t on the card that night, but made it to town just in time for a drive by.

As the event was winding down. Johnny Impact had successfully defended his World Heavyweight championship against Brian Cage, while his wife, Taya Valkyrie had captured the Knockouts title earlier in the card. 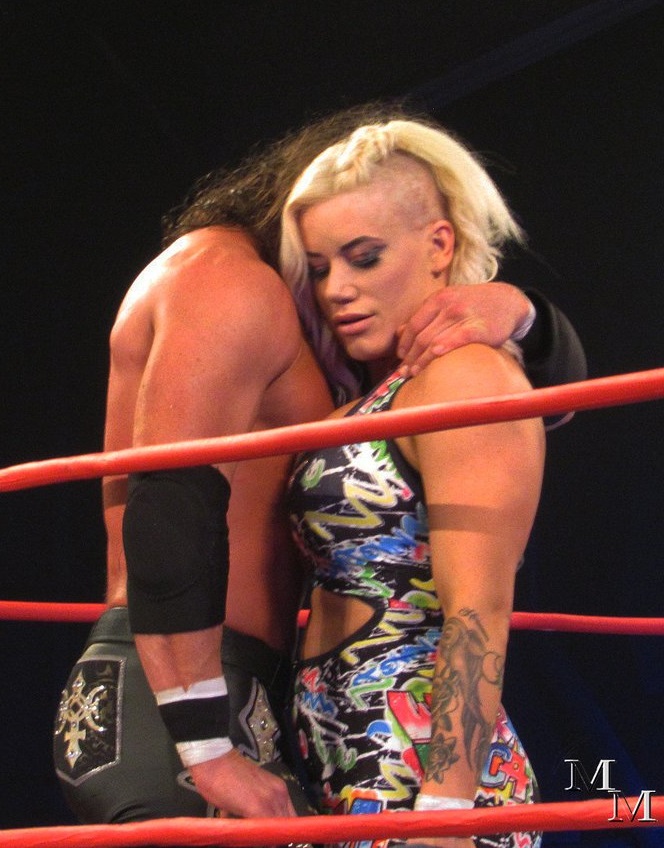 It should have been a crowning achievement in both of their careers and lives… a married couple, reigning their respective divisions at the same time. Basking in all the glory that comes with championship gold.

However, it didn’t end up working out that way.

The crowd was already irritated, as they felt like Cage got a raw deal in the main event.  Late into the match, Survivor winner Nick Wilson and fellow contestant Davie Rickenbacker, who were ringside guests, got in to a scuffle with Cage, leading to a lot of confusion and a screwy finish.

The people felt like both they AND Cage got cheated. And they wanted payback in the form of a rather dark, avenging angel.

It arrived shortly, in the form of  Killer Kross, the 6’4″, 265-pound powerhouse, who put a bow on things by attacking Johnny and laying him out at ringside. Then, he concluded the evening by doing the gentlemanly thing:  He threw Taya off the stage.

The vicious Kross had just crushed the Homecoming King and Queen, right in the middle of their coronation.

Then, the audience erupted, but not with outrage. In cheers. And as the people in attendance roared their sadistic approval at him, Kross merely gave a sinister, knowing sneer. 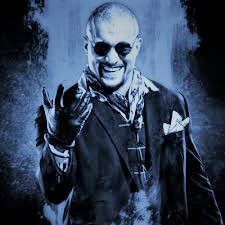 My only thought was: This guy’s a fucking maniac… and they LOVE him.

Kross, who has been working his way up through the ranks of companies like Future Stars of Wrestling and Lucha Underground for a little over four years now, is quickly being recognized as a potential, future star. His size and unique look have always set him apart, but it seems he’s really found a home now with Impact Wrestling.

It started off with a bang, beginning last June, and his entrance in to the promotion. Their production team constructed his debut in a masterful way, revealing the fresh face as the mystery man behind a string of backstage attacks. Immediately, he came across as a scary and secretive figure, capable of nearly anything. His shadowy demeanor only added to to the allure of his persona.

Since then, he’s continued to stir the character like a calculating and complex cocktail – mixed with a splash of insanity. One minute, he can be John Wayne cool, and then turn John Gotti cruel the next. Kross fills that bill perfectly, often commanding attention without saying anything at all.

That unteachable ‘presence’ is likely his greatest asset. When he’s on television, the shadowy and mysterious Kross naturally commands your attention. When he peers in to the camera, you watch. And when he speaks, you listen. Like the Anti-Christ of Wrestling just walked in the door, and he’s there to make you believe everything or nothing. It’s his call; He’s in control. 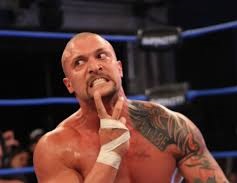 Quite simply, Kross has that one thing that every guy or girl has to have, to be successful in entertainment: He has ‘IT’.

Because of that factor, he’s become an almost cult-like figure to the Impact audience, who seem to cheer him no matter what dastardly deed he does. They watch his every move, and they eat it up. And, on Sunday night at Homecoming, he literally could have lit the place on fire, and they would have handed him a gas can. He’s that over.

He had the crowd in The Asylum eating out of the palm of his hand. And, it’s that type of hysteria – that presence- that makes a character believable. Kross has it. In spades.

If the reaction in Nashville is any indication of what we can expect from Kross in 2019, then he will grow into becoming one of Impact’s biggest stars. And with the audience cheering his every, sadistic move, it should be a wild ride.

In fact… it’s going to be a Killer.

Ryan Boman is the Editor in Chief of TheGorillaPosition.com and a feature writer whose work has appeared at The Miami Herald, 1Wrestling.com, The Southern, and SB Nation. He can be reached at [email protected] and on Twitter @RyanKBoman 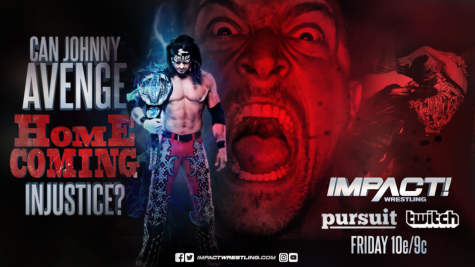