On January 28, 2018, the worst kept secret in professional wrestling became official: Ronda Rousey announced her invasion of World Wrestling Entertainment with a few points at a WrestleMania sign and one of the goofiest grins ever seen inside a WWE ring. This debut appearance left fans around the world wondering what the future holds for Rousey. To see the possibilities for her future, we need to look into her past…

ROWDY SUPERSTAR
In the best possible scenario, Rousey puts her prodigious talent and work ethic into gear and takes the wrestling world by storm. This is a woman that has shown a propensity for hard work and achievement at every stage of her life. 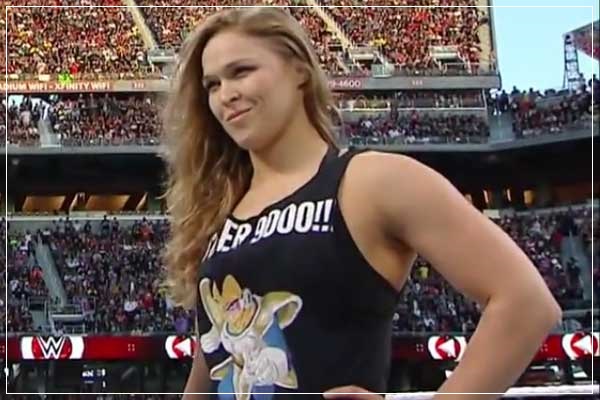 The challenges began at birth when Rousey was delivered with her umbilical cord wrapped around her neck. The physical trauma of the incident left young Ronda with apraxia, a neurological disorder that affects a child’s ability to form sounds. She was unable to form an intelligible sentence until she was six years old. In 1995, Ron Rousey, Ronda’s father and namesake, shot himself after breaking his back sledding with his daughters and being paralyzed from the waist down.

By the age of eleven, Rousey began training with her mother, judo world champion AnnMaria De Mars. She qualified for the 2004 Olympics only six years later, the youngest judoka to do so, but lost in the first round to the eventual silver medalist. Rousey would return to the Olympics four years later, along the way collecting a gold and a bronze in the 2004 and 2006 Junior World Championships, respectively, as well as a silver at the 2007 World Championships and a gold at the 2007 Pan American Games. In the 2008 Olympics, Rousey became the first American woman to win a judo medal as she took home a bronze. 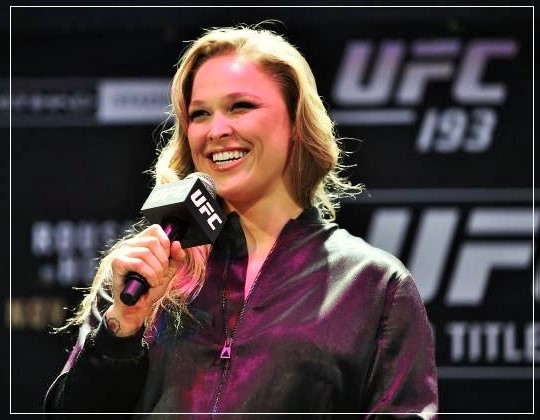 Rousey then transitioned to the world of mixed martial arts, making her professional debut in 2011 and winning her first five fights by first-round armbar, culminating in a Strikeforce title win over Miesha Tate only 12 months after her debut. Rousey would go on to amass a record of 12-0, becoming the first UFC women’s champion and opening the door for women to finally invade the UFC.

The work ethic and passion for success that drove Rousey to overcome those obstacles and achieve all that she eventually achieved in life could very well be the catalyst for an amazing career as a professional wrestler. She already comes with a fully-formed heel persona and a reputation as a shoot fighter that could legitimately rip off the arms of everyone in the locker room. If she works hard to learn the business, her history shows us that Ronda Rousey could be the biggest female superstar professional wrestling has ever witnessed.

CRASH AND BURN
There is, however, another side to Ronda Rousey, a side that could easily lead to a truncated career that ends as more of a flash-in-the-pan burn out than in any successful manner. In 2008, Rousey won a bronze medal at the Olympics at the age of 21, relatively young and inexperienced for the sport. The women who finished above her were much older and more experienced. Had Ronda returned to the Olympics in 2012, she would likely have been the overwhelming favorite to finally gain the Olympic gold medal she had always dreamed of. Instead, Rousey was depressed by the loss and simply walked away from the sport, only turning to MMA after realizing that she did not want to be yoked to a traditional, boring job for the rest of her life.

In the UFC, after amassing a 12-0 record with all but one coming via first-round stoppage, Rousey ran into a great striker named Holly Holm who beat her up for six minutes before knocking her out with a head kick and taking her title. Ronda went into a tail spin. She refused to talk to media, she disappeared from the world, and she quit training. She eventually gave an interview to Ellen many months later where she told the talk show host that she had contemplated suicide in the wake of the loss. 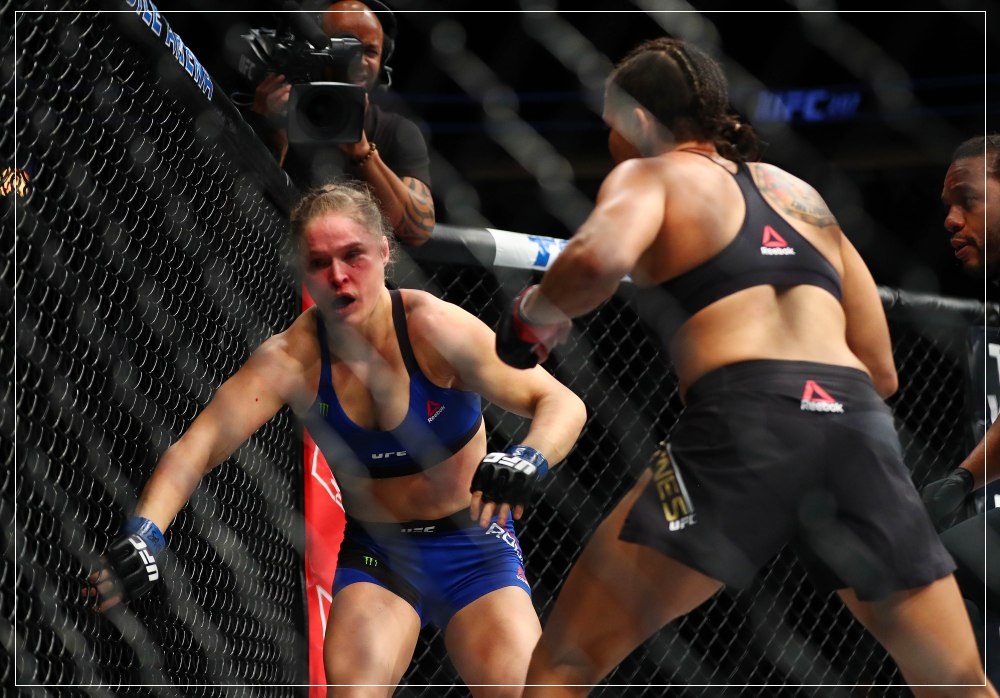 Thirteen months later, at UFC 207, Rousey finally climbed back into the octagon against the new champion, Amanda Nunes. However, Ronda refused to do the customary press appearances before the fight, and when she entered the cage everyone watching could tell that she wasn’t her former self. Nunes finished her, and her career, in less than a minute. Again, Rousey refused to talk to the media and attempted to drop off the face of the earth. After her Royal Rumble appearance, she sat down for an interview with ESPN’s Ramona Shelburne. When Shelburne asked her about the losses to Holm and Nunes, Rousey teared up and said she didn’t want to talk about it.

Rousey ran from a sport she was a dominant figure in after losing on the grandest stage. Then she built a career in another sport, only to be completely broken by her first taste of adversity there. She still has not reached a maturity level in her life where she can deal with the fact that sometimes things just don’t go her way. Given this, what happens when Rousey is told she has to lose a match? What if she is required to drop a belt or step back to the mid-card so someone else can get a push? Will she take her ball and go home? Will she go into business for herself and injure an opponent she doesn’t want to lose to? The first taste of adversity in WWE could be her last, as she has shown little tolerance for anything other than perfection. Being a perfectionist can be a good quality, but there is a line to that, and her mental health becomes dicey when she doesn’t get her way. Will that lead to a quick and shameful burn out in WWE like it did in the UFC? 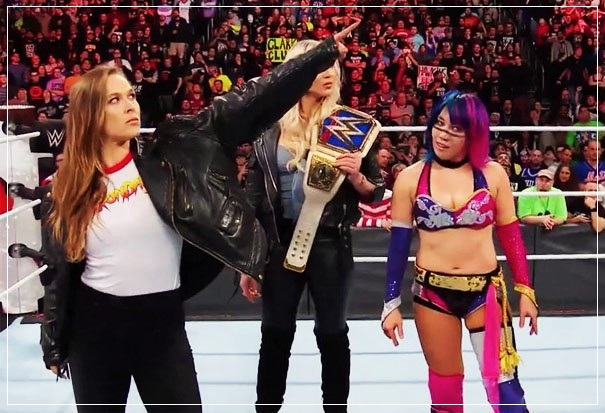 Ronda Rousey has perhaps the highest upside of any female recruit to WWE ever, but she also comes with some serious potential pitfalls. I certainly expect her to put in the work and get the working and talking portion of this business down in short order. But I am concerned about how she will respond to required losses and steps back from the main event. On top of that, how will a woman that still cannot discuss her MMA losses with a friendly reporter handle the less-than-friendly chants that WWE fans are sure to greet her with at some point? Will she melt under the lights when Holly Holm’s name is chanted as she enters an arena? Will she physically lash out at such fans? Or will she finally show the maturity and stiff upper lip her fans have been dying to see for years?

The answer will likely decide how Ronda Rousey’s career in WWE proceeds and is remembered for posterity. Superstar or shameful flame out? Only time will tell.