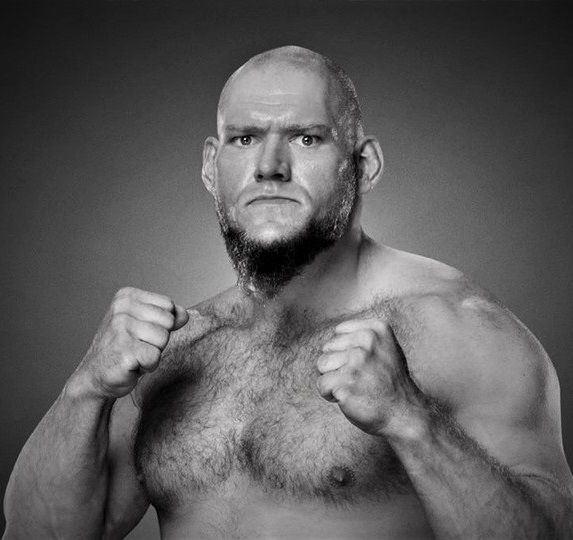 Massive Lars Sullivan, all 6-foot-3 and 300 pounds of him, has been in the WWE talent pipeline for nearly half a decade. Until anxiety issues temporarily derailed his debut, sidelining him until this week’s post–WrestleMania Raw, he was one of many “next big things” percolating in NXT—very special emphasis on “big” and “thing” in his case.

Wrestling has always needed its archetypal monsters, its freakish Samoan savages and battle-scarred Sudanese butchers, and when promoters like Vince McMahon can’t find them, they have to manufacture them. Sullivan, who seems likely to become an inescapable part of future WWE main events, made his first Raw appearance as a merciless destroyer of recently retired Kurt Angle—a big part of the company’s past.

Consider Sullivan’s slow-burn development and its various rumored setbacks in comparison with the life story of one of pro wrestling’s original brutes, a man whose enormous face could break any mold, provided it could even fit in there. Maurice Tillet, a Russian emigre and French citizen, was transformed in the popular imagination into a monster after developing acromegaly in his early 20s—the same condition, which results from the pituitary gland producing too much growth hormone, that afflicted Andre the Giant. Tillet, a hairy, barrel-chested 5-foot-9 bruiser with huge hands and an even larger head—he is said to be the inspiration for Shrek—served in the French navy until worsening acromegaly forced his discharge, then struggled to make ends meet appearing in carnival sideshows … Read the Full Story HERE

One thought on “THE RINGER: Lars Sullivan is a Throwback to a More Terrifying Era of Pro Wrestling”