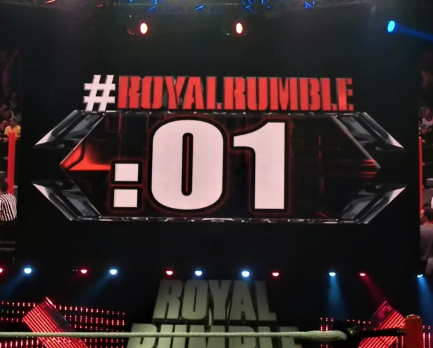 The Royal Rumble is the event that sets the stage for the biggest card of the year. WWE calls it the beginning of the Road to WrestleMania, and that’s true in regard to both the calendar and formal planning; the winners of the men’s and women’s Rumble matches featured Sunday will get championship title matches at April’s WrestleMania 35, along with the in-story fanfare that comes with it. Even if the outcomes are predetermined, the stakes are real.

One can’t help but feel like the stakes are higher this year. Because in 2019, WWE faces a dramatic turning point: Its new TV deals with Fox and NBC Universal are set to begin in the fall and the spotlight on the company hasn’t been brighter in decades, and yet the roster doesn’t have the superstar power that it did in heydays past. So far there’s no modern Steve Austin, there’s no new the Rock, there’s no Hulk Hogan (except, well, Hulk Hogan). The two biggest mainstream names in the company—former UFC champions Ronda Rousey and Brock Lesnar—are uncertain bets. Lesnar is training for another go in the octagon, and his value as itinerant champ is long gone; his every WWE appearance over the past two years has underscored the lack of viable alternatives, and if he loses in the UFC, his own viability may plummet. Rousey has been a prodigy in the ring and a supernova of good PR since she signed on with WWE a year ago, but rumors are circulating that she may take an indefinite leave after WrestleMania.

One only has to look at the WrestleMania card—or lack thereof—to gauge the severity of the moment. Normally by now there are working theories about what the headline matches will be—or, at least, who will be in them. If Lesnar and Rousey survive their Rumble defenses (more on that later), they’ll be near the top of the card. But who will be on the poster next to them is an open question. There are apparently no current plans for the Undertaker and John Cena, though Cena and his new dad hair will certainly be there in some capacity. There’s surprisingly little noise around other legends, like the Rock and Batista … Read the Full Story HERE