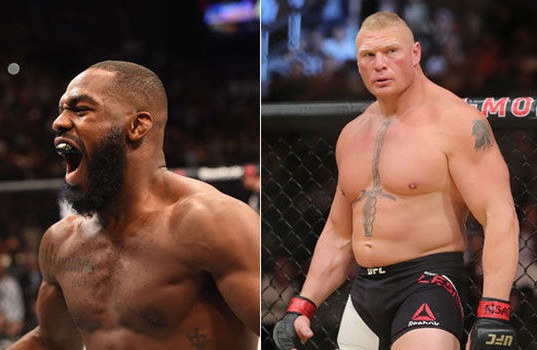 Last week, as Daniel Cormier was making final preparations for his historic heavyweight title defense against Derrick Lewis at UFC 230, the UFC dredged up some complicated feelings from his past. Shortly before the ceremonial weigh-ins at Madison Square Garden, a press conference was held at the adjoining Hulu Theater to hype up UFC 232, which takes place on December 29 in Las Vegas. On the stage sat Jon Jones—the only man to beat Cormier.

The man who continues to plague his legacy. The man who feels destined to face Cormier one last time, especially if he beats Alexander Gustafsson for the vacant light heavyweight title—the one the UFC is stripping Cormier of to keep the division moving—at UFC 232.

All week long, the 39-year-old Cormier—who insists he will retire no later than March 20, 2019, the day he turns 40—answered questions regarding a trilogy fight with Jones. The constant questioning made it feel as if he wasn’t just fighting Lewis—a 265-pound concussion monger capable of knocking any man’s jaw into the stands—but the demons of his past … Read the Full Story HERE

RELATED: Daniel Cormier Is the World’s Most Dangerous Everyman