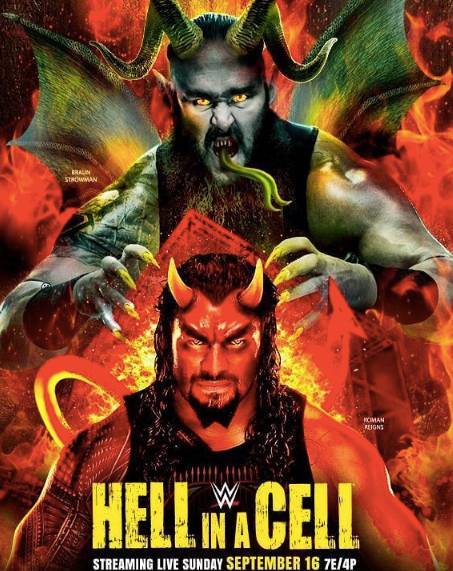 Ohhhhhh, Weeeenndddyyyy, it’s time for this Sunday’s Hell in a Cell PPV. Wendy? You there? Wendy Jones, AJ Styles’s wife, better be on hand in San Antonio, otherwise we may be in for another month of Samoa Joe eerily crooning her name. But we’ll get to all the Stepfather That Rocks the Cradle drama surrounding the Styles-Joe feud soon enough. First, though, let’s set the scene: This year’s iteration of Hell in a Cell, so named for the virtually inescapable steel structure surrounding its combatants, is co-branded, meaning matches from both the Raw and SmackDown brands are on the card.

And don’t let the implicit finality of the cage setting fool you: Sunday is merely a warm-up for the hotly tipped marquee events on its heels, namely the Super Show-Down in Australia (anchored by its breathlessly hyped last tango in Melbourne between Undertaker and Triple H) and October’s first all-women’s PPV Evolution, with fan-favorite vintage show Survivor Series in the wings just before Thanksgiving. That is to say, don’t expect tectonic shifts in the status quo, particularly on the Raw side, where there is no discernible order of late. In this case, the cage isn’t a special occasion; it’s just another day on the high-impact hamster wheel … Read the Full Story HERE