I wish more people would give them a chance. As I have said in previous articles, despite the overall decline in this business, there is still so much wresting still out there to be enjoyed. If you’re going to be a wrestling fan, then be a fan. Watch it all. They all have their faults, but they all have things to be enjoyed. WWE have always been my number one, but I’ve never wanted them to be my only one.

Now, I’ve watched Impact Wrestling since day One. I’ve never missed it. They’ve undergone many changes, over the years, but one thing that they have always had is great wrestlers, from around the world, putting on amazing matches.

They have signed a lot of former WWE Superstars, over the years, sure, but they need to do that. They need known ‘name’ talent. They need star power to draw the casual fans. It’s no different than when WWE signed up all the top territory stars. It’s no different to now. It’s always happened in this business. And if WWE are silly enough to release great talent, then why shouldn’t Impact Wrestling capitalize?

But, Impact Wrestling has always given breaks to many of the young, up-and-coming talents in this business, too. They’ve also signed some of the top indie stars, and they’ve developed their own stars, as well, over the years. 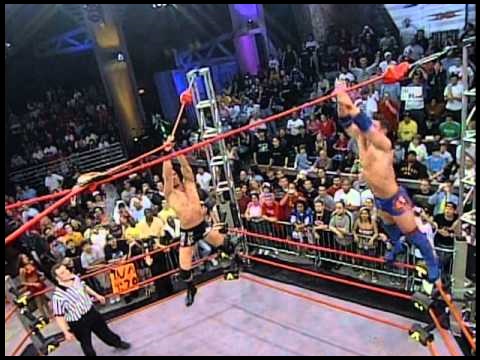 They had the innovative idea to create the X-Division. Making it not about weight limits, but rather, no limits.  Making it open to anyone, anywhere in the World, whether they be a Cruiserweight, a Heavyweight, a Giant, a Mini, a man, or a woman. Making it about exciting action, taking it to that next level, with no fears. Which is why most X-Division Stars have been Cruiserweights, for the most part, because they can adapt to that no limits style. It’s been Impact Wrestling’s biggest selling point, since day One, and most Impact Wrestling die-hard fans can agree that that has always been the most entertainment element of Impact Wrestling. Year, after year, they have gone out there, put their bodies and lives on the line, just like all Wrestlers do, and have wowed and thrilled fans. If you’re a Wrestling fan, then there’s nothing not to like about the X-Division.

They also have everything else that everyone else have always had. And whilst some of their storylines have sometimes verged on ridiculous, no more so than any other promotion’s. The in-ring action is where they’ve always really excelled. For those that love the current influx of talent in WWE and WWE’s NXT, I suggest you catch up on some old TNA. You wouldn’t be disappointed.

Impact Wrestling has had it’s ups and downs. There were many people who felt that former TNA President, Dixie Carter, who still maintains a 5% share in the Company, didn’t really have what it took to run a Wrestling Company. That was part of the reason why Impact Wrestling could never get to that next level. But, I have to defend her work, here. The fact is that she came into the former TNA around late 2003. In that time, they were suffering huge losses. Their main investors had pulled out, leaving just Jerry and Jeff Jarrett. They were near bankruptcy. Then, Dixie Carter got her family’s Company, Panda Energy International, to invest. She saved them. TNA could’ve ended right there, just a year and a half in. Panda Energy International ingested millions into TNA / Impact Wrestling, over the following decade, with Dixie Carter looking after their interests and running the business side of the Company. Nobody can deny that she’s given her blood, sweat, tears, time, and money, to helping the Company grow. She remains dedicated, although in a smaller role. She got them every deal that they ever got. She never gave up. She also wasn’t afraid to try.

That’s another thing I’ve always loved about Impact Wrestling: Even if something has failed, they still have never been afraid to try. Like when Dixie was coping a load of abuse from morons trolls, online. She decided to use that and become a heel, on-screen. And I think she gave it a good effort.

It remains to be seen as to whether Anthem Sports Entertainment can do what is needed to bring the Company back to prominence and higher. There’s an old saying, “You’ve got spend money, to make money.” Anthem certainly have the money, but they need to spend it, rather than cutting corners, further.

One thing they need to do, which has always been needed, is to cut back on the time and money saving mass TV tapings. They tape up to 8 weeks worth of episodes, over a 3-4 day period, in the same building. That must confuse those audience members that are there on final tapings, having not seen what’s happened, previously. It also means the following weeks’ episodes are spoiled and spoilers harm ratings. Sure, this is how Wrestling did their TV, in the past, but with Internet and Social Media, these days, they can’t still be done in that way. 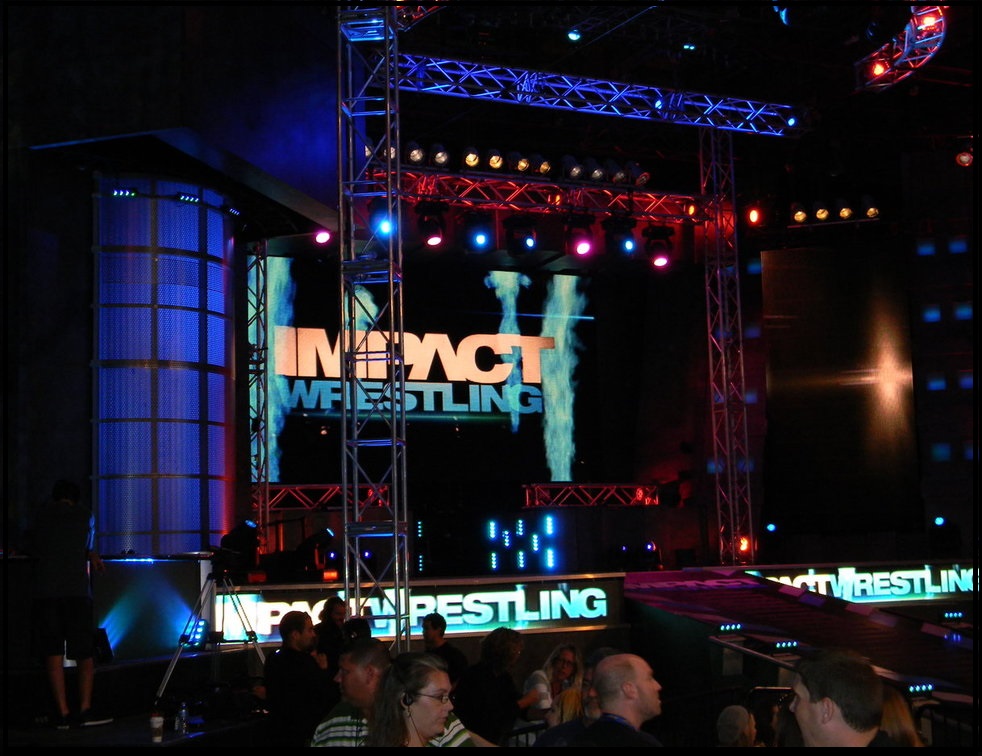 Another thing that’s needed is to take TV on the road. If you want to increase your fan base, you need to increase your live reach. Sure, they can’t fill the big arenas, at the moment, but there are plenty of small arenas, around the country, that would accommodate Impact Wrestling, nicely. They can’t keep doing their TV from the same place, every week. Not if they want to be taken seriously as a major wrestling Promotion.

It’s also important to continue to sign some more big name, star power. That will draw the casual fans, and the die-hard fans. Anthem has the money; they need to spend it on some big names. Lure them away from the competition. That hurts their competition and benefits them. It worked for WCW. Get those big names in, whilst they’re building their own new young Stars.

Until then, what they need most are for more fans to give them a chance. Some fans think it’s cool to bash Impact Wrestling. But, the ironic thing is, most of the haters have never actually even seen it. Because how can you bash something you don’t even watch? And why would you still watch something that you bash? Truth is, if they actually gave Impact Wrestling a chance, they’d know what the rest of us know. Which is, although they have their faults and although they are the minor leagues, they are still a great Wrestling Promotion, with a very wealthy Parent Company behind them, successful TV deals, around the World, and some great talent that put on great performances, every time. If you are a Wrestling fan, then those are the only reasons you need to tune in. And if more people get behind them, it will help them grow. And if they grow, they can get better. And if they grow and get better, that will force WWE to sit up, take notice, and stop taking us for granted. As I’ve said in a previous article, competition pushes WWE to be better… And better competition is needed.

Until next time, I’ve been Davey Dickson, and that’s been my bottom line.