Hello again, friends. I hope you all enjoyed the organized chaos that was Wrestlemania week. As we come off the biggest wrestling weekend of the year, I want to take a look back on one of the territories that can be counted as one of the top five promotions of all time, The Continental Wrestling Association.

Also famously known as “The Memphis Territory”, and Mid- Southern Wrestling, the CWA began its roots under the NWA Mid-America banner in the Forties. They focused on promoting events that were mainly devoted to tag team action, with many big name teams of that time competing there regularly. The Von Brauners, The Fabulous Kangaroos, The Bounty Hunters, and brothers Don and Al Green were just some of the teams that frequented there. Another, was the team of Tojo Yamamoto and Jerry Jarrett. It was the latter of these two that would lay the foundations for a wrestling stronghold that would last for decades to follow. 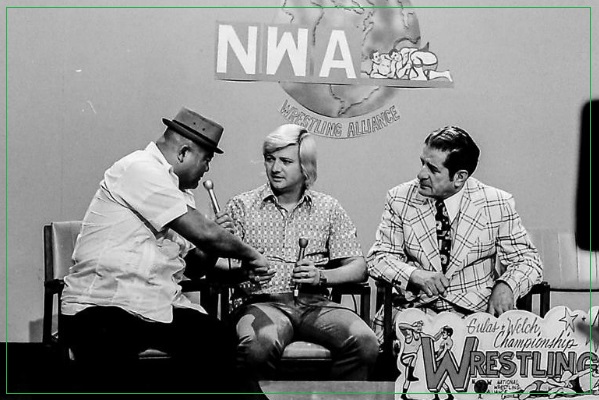 Jerry Jarrett was born in the Music City, in 1942 to Christine “Teeny” Jarrett. Three years later his parents divorced and he was thrust into a life of hard work and poor living from a very young age. Teeny went to work as a ticket girl for NWA Mid-America at their Nashville venue to support her family. Jerry followed his mother in working for the promoters, Nick Gulas and Roy Welch at the age of seven, by becoming a program hawker. He promoted his first shows at the age of fourteen and continued to do so through his college years at Peabody into the Sixties. Upon graduating college and a short lived job, he chose wrestling as a career and began to learn the workings of the office under Gulas and Teeny. He and his mother began promoting shows soon after in the Memphis area, with Gulas’s blessing.

During the Seventies, the NWA Mid-America promotion split into two parts with Jerry Jarrett taking control of Memphis, Louisville and Lexington, Ky. and as far north as Evansville , Indiana. Gulas assumed control of the rest of the Tennessee area and some of the towns in neighboring states. The relationship soon fell apart after Gulas burned Jarrett on a business deal. Jerry decided to break away on his own, and set to making his point by promoting shows at the Cook Convention Center in direct competition with Gulas in the spring of 1977. The CWA was in it’s infancy at this point and Jarrett secured an affiliation deal with the NWA, which allowed for the grandest champion in the land to regularly come through Memphis. Having the NWA Champion as a headliner would help to bolster the status of his own Southern Championship Title that was held in high regards in the promotion. The business relationship also helped Jarrett to begin holding live weekly shows every Monday night at the Mid-South Coliseum, that always filled the building. They also toured his product to the neighboring major markets of Nashville and Louisville, as well as several smaller towns throughout the area. They began to air a weekly television program on Saturday mornings from the WMC-TV studio in Memphis hosted by local talent, and future legend, Lance Russell as well. The CWA was definitely beginning to grow. It was also during this time that Jarrett had developed a strong friendship and business association with a wrestler that had rocketed to popularity in Memphis. The two forged ahead and the CWA was brought into it’s own. The combination of Jarrett’s booking and his new partners drawing ability, soon put Gulas out of business as they regained his piece of that pie. That wrestler was known then, and now, as The King. 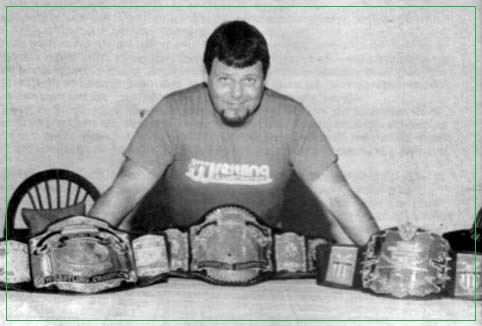 Born on November 29, 1949, Jerry Lawler worked as a disc jockey for a local radio station in Memphis. He parlayed his artistic abilities in exchange of wrestling training for free advertising spots on the radio from local promoter, Aubrey Griffith. He went on to use his charisma to cement his position in Memphis wrestling, as well as secure the love of it’s wrestling loving populous. Jerry Lawler first became known as the King of Wrestling after defeating Jackie Fargo for the NWA Southern Heavyweight Championship in 1975, only five years after his in ring debut. Lawler defeated Superstar Billy Graham in 1979 In 1980 he enlisted the help of his high school friend, Jimmy Hart and took him as his manager. Jimmy Hart had seen his own rise to fame prior to this as a member of the Gentrys as a teenager. He managed Lawler for a year or two at the end of the Seventies until the two had a falling out and Hart began a vendetta against Lawler that lasted into the early Eighties. He formed his “First Family” and would churn through a myriad of heels in an attempt to unseat the King from his Memphis throne. Lawler battled against such big names as The Iron Sheik, Kevin Sullivan, Bobby Eaton, Eddie Gilbert, Jesse Ventura, and one Hulk Hogan. The feud would last until Hart’s eventual signing with the WWF and departure from the promotion in 1985. He did have one wrestler that he managed into battle against Jerry Lawler that would rock the foundations of the CWA, bringing them more exposure than they could have ever realized it would. It not only cast a spotlight on Memphis wrestling, but opened a can of beans that spilled over into the world of Hollywood entertainment, and come to an explosive conclusion on the set of the David Letterman Show. We are of course, talking about Andy Kaufman. 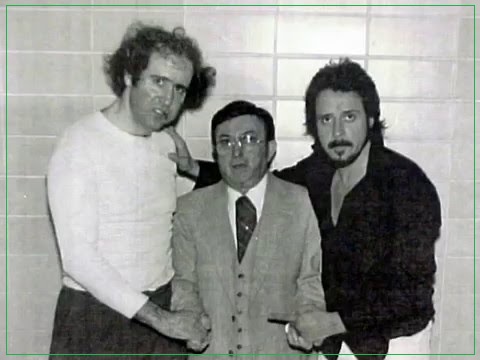 Andy Kaufman was bigger than big at the height of his popularity. I can remember the angle he and Lawler worked so vividly, because it had that much of a drawing effect on the fans. Kaufman was a prankster type of comedian for those that may be unfamiliar with him. Long before his stint in professional wrestling he was known for villainous, heel type of behavior. The night he went off book on the sketch comedy show Fridays will always go down in my memory as well. That cast wasn’t ready for him, much the way that Memphis would not be ready for him or his over the top type of selling.

Kaufman began his foray into wrestling when he began holding his Inter-Gender Wrestling events where he would offer one thousand dollars to any woman that could defeat him. He would incite the women in the audience by mocking them and berating their physical abilities. He would survey the crowd and pretend to pick one of them to be his opponent. He would use a plant that he placed and soundly defeat her in order to further revile the crowd to his presence. It was glorious! As a fan of the heels, I can only say that his work in these matches were that of a master of the gimmick. It was a thing of beauty to behold how angry he got the people and how much they wanted to strangle him, my father included. Andy had presented the idea to Vince Sr. over at the WWWF, but his inability to see the value of the flashy spot only clouded his vision and he opted to pass on it. Kaufman then turned to his friend in wrestling publications, Bill Apter to explain what he wanted to do. It was the foresight of Apter that prompted him to contact Jerry Lawler and make the initial introduction to Kaufman. The rest is wrestling history, as Andy traveled to Memphis and began to use his heel tactics to enrage the southern crowds as well. They used Jimmy Hart to facilitate the angle and become the manager to

Kaufman. They would show videos on the proper use of soap, and continue to use his Hollywood actor status to infuriate the locals. This would build to a challenge match between he and Lawler that saw The King piledrive him twice in succession, leaving Kaufman knocked out in the middle of the ring. He began o wear a neck brace and work the angle to it’s fullest. The two eventually garnered enough attention to receive a spot on the red hot, Late Night with David Letterman in 1982. The two would exchange words, leading to Kaufman throwing a cup of water in the face of Lawler and screaming obscenities at him on the live show. Once again, in perfect heel fashion, Andy had seized the moment, and turned what started out as a harmless interview spot on it’s ear. He continued to do his Inter-Gender matches at the Mid-South Coliseum after the incident, but did so wearing the neck brace. In 1983 he produced an independent film called My Breakfast with Blassie, starring himself and Classy Freddie Blassie. Andy Kaufman passed away on May 6, 1984 from cancer and complications thereof. He was only 35 years old. It came out a decade after his death that his involvement with Jerry Lawler was all a work, and the two planned the whole thing.

As we discussed in the edition of Territories on WCCW, the CWA would go into a business relationship with the Texas based territory, and the AWA out of Minnesota to produce a number of conglomerate supershows in an ill fated attempt to compete with the growing might of the WWF. They would all fail and the CWA would merge with WCCW to form the USWA a few years later. 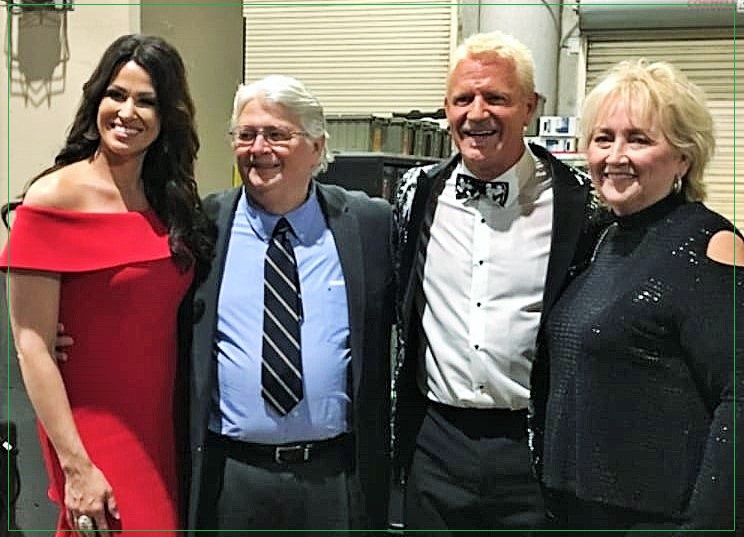 Jerry Jarrett saw the birth of his son, Jeff on July 14, 1967. Jeff would follow in his family legacy and become a professional wrestler after being trained by his father and Tojo Yamamoto in early 1986. He went on to hold several titles at the USWA before moving on to a storied career that has spanned forty years, and saw him pass the doors of every major promotion, worldwide. Jerry Jarrett would go on to work as an advisor for WCW and WWF in the years following the sale of the USWA. He attempted to aquire WCW but was unable to compete with the financial juggernaut of the WWF at that time. In 2002 Jerry and Jeff combined forces and launched J. Sports and Entertainment (JSE). This would become the parent company of their new NWA:TNA promotion. They ran weekly shows using a pay-per-view format, but sold controlling interest in the venture only six months later to Panda Energy. Jarrett left the NW:TNA project in 2005 over a creative dispute. The two had a falling out over this that lasted for several years to follow. Jerry stepped away from the wrestling business full time and opened a construction business and a television distribution company. He recently reconciled with his son. Jeff was honored this past Friday evening at the WWE Hall of Fame Ceremony in New Orleans. His father was in attendance for the event and the two are said to be closer than ever. It’s good to see everything come full circle for the Jarretts.

Well that brings to a close another look into the history of the business we all love. This series has really been an enjoyment for me, and I hope that it has widened your vision on the way that we got to where we’re at in the word of professional wrestling today. Until next time always remember, our wrestling history is gold Bruthas and Sistas….DIG IT!