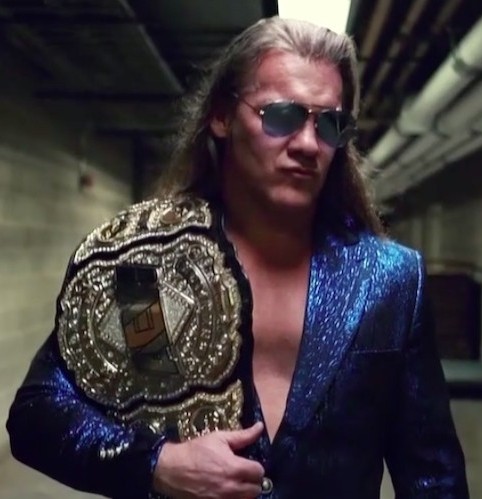 If there was ever a place that a Rhodes could get over? It’s Charlotte, North Carolina.

And on Wednesday Night, Cody did just that.

AEW Dynamite pulled in to this traditional, WCW town, as they put the final pieces in place for this Saturday’s Full Gear pay-per-view. It was the first ‘go-home’ show of the the promotion’s TV era, and the company laid all their cards on the table, with some great matches and funny segments.

By all accounts, the promo by Cody, as well as the later vignette by Inner Circle, received unanimous approval by both critics and fans. And the action in the ring was (overall) pretty solid, if not spectacular.

Despite some up-and-down moments, the show continues to have a very vibrant feel and lively crowds. It’s evidence that Dynamite is starting to find its groove – in terms of the overall programming.

The Awesome: It’s pretty clear that Cody has come a long way since his WWE days, and his ‘announcement’ was amazing.

As stated above, the highlight of the evening might have (also) been the most talked-about segment of the program:

Anyone who thought Cody made a mistake when he departed McMahonland should take a look at the star he’s become today. And he even touched on that, discussing the years he felt lost in the shuffle, before eventually turning up the heat and popping the crowd by calling Chris Jericho, ‘a dick’.

Probably the best promo I’ve ever seen from Cody, because he really turned the corner as a character. Instead of his usual stoic silhouette – he went through all the range of emotions, before putting a punctuation mark on this one.

And it was, at the same time, an homage to the past. It was almost like you could hear echos of his father, still ringing through the Blue Ridge Mountains.

The Entertaining: The vignette that The Inner Circle aired was not only incredibly funny, it helped cement Jericho’s ‘crew’ as stars.

When this faction first started, I though Sammy Guevara was the one who didn’t really fit. All the others had achieved a level of success that he hadn’t quite reached.

Turns out, he’s stealing the show, as Jericho’s protege, and getting better and better on the microphone every week. It’s pretty clear this young star is seizing his first real opportunity in the global spotlight.

Easily the most gut-busting moment of Dynamite this week, with Guevara and the rest of his supporting stars (including a couple of surprises) pulling off some perfect deadpan:

Honorable Mention: The Final Sequence, which ended an an all-out brawl and criss-crossing storylines. It tied together the two earlier promos from both the heroes and the villians, and left the viewing audience wanting more.

Damn near everybody and their brother bumped heads and threw fists to close the show, which provided the perfect set-up for this weekend. It was reminiscent of the episodic finishes of the Monday Night Wars era.

The Worst: Outside of Riho, there is no reaction to the Women’s division… and the audience appears confused what the direction is.

They continue to rotate a lot of different ladies in to the mix, but I don’t see any of them really getting over with the crowd.  Even the supposed smart fans are only vaguely familiar with who they are. And even then, they react more to the spots than the characters.

Even the Women’s Champion doesn’t appear to be the type of long-term ‘standard bearer’ that they need.  While Riho is very talented, she’s better in the role of underdog… much like Rey Mysterio.

Hopefully, they bring in some more domestic talent, or develop known names like Britt Baker and Allie as legitimate contenders. I think it would help round out the division.