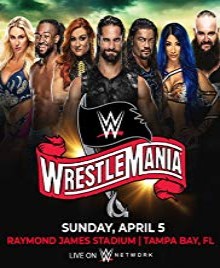 As WWE WrestleMania 36 approaches, with the proverbial Road to WrestleMania in full swing, ticket sales for WrestleMania-related events have been sluggish at a somewhat historic clip.

Ticket sales have been stellar for WWE WrestleMania 36, which will be held at Raymond James Stadium in Tampa, Florida, on April 5. Despite not yet selling out, tickets on the primary market continue to move well. The same cannot be said for traditional WrestleMania weekend shows in the WWE Hall of Fame, WWE Raw, Friday Night SmackDown and NXT, none of which are even close to selling out.

Per the latest report from Dave Meltzer of the Wrestling Observer Newsletter, ”the demand for the non-Mania shows is by far the lowest since WWE started doing the multiple shows in the Mania city gimmick.”