The WWE has officially “released” superstar Enzo Amore in the wake of allegations he raped a woman in Arizona back in October.

The company issued a statement saying, “WWE has come to terms on the release of Eric Arndt (Enzo Amore).”

As we previously reported, the accuser went public with her story on Monday — claiming Enzo and two friends … Read the Full Story HERE 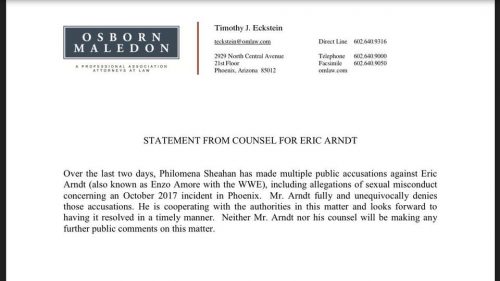