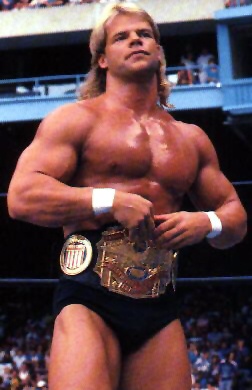 Luger was a member of the Four Horsemen at the time, and Horsemen manager James J. Dillon  played a big role in the victory. Late in the match, Dillon threw a chair over the top of the cage while the referee was knocked out of the action. Luger hit Koloff with the foreign object, knocking him out before locking him in the Human Torture Rack. The revived official then dropped Koloff’s arm three times and awarded Luger a submission victory.

Luger would hold the title for 138 days before losing it to Dusty Rhodes at that year’s Starrcade in Chicago.