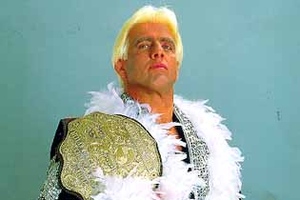 After Ric Flair decides to depart the company due to failed contract negotiations, WCW hold its first live event.They announce to the crowd that due to Flair leaving, he had been stripped of the WCW world heavyweight championship. The reaction from the audience told the story, as fans were not receptive to Flair’s departure, or the fact that they would not see him live that night at the event.