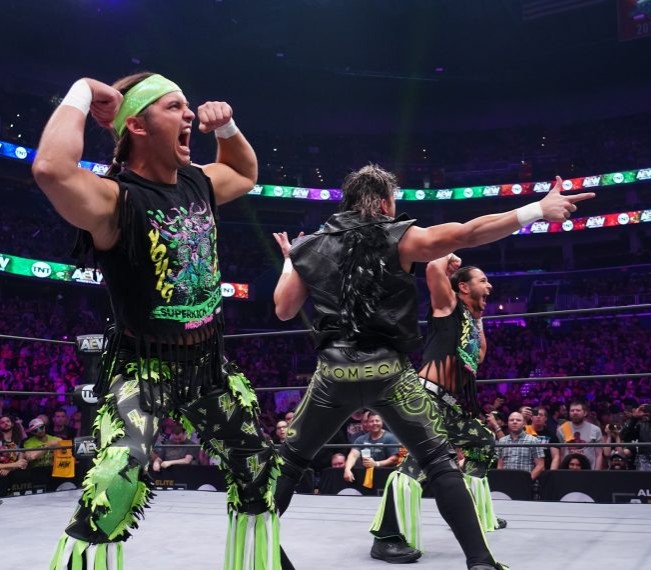 Matt and Nick Jackson are collectively known as the Young Bucks, argued by many as the best tag team in professional wrestling today. Now the popular duo is parlaying their entrepreneurial spirit and drive into helping All Elite Wrestling thrive.

This hard work is paying off, in the form of sellout arenas for Dynamite broadcasts on TNT, which have exceeded expectations in viewers. Executive vice presidents alongside their Elite brothers Cody Rhodes and Kenny Omega infused a fresh exuberance to the landscape of the business, leading a hungry roster looking to make the most of the opportunity president and CEO Tony Khan has afforded them.

“It’s really just all hands-on deck still,” Matt Jackson said. “There are some instances where Kenny would be more involved in terms of the women’s match. He will literally call it move-for-move. He is passionate about that. When it comes to the tag team booking and putting matches together, Nick and I are influential on those decisions. But really no one decision is made without all of us either in a room or on the phone deciding these things. What you see on that television show, we’re part of every decision that happens.”

By the same token, the Bucks believes their meteoric rise is due in large part to a collaborative atmosphere. A team in every sense of the word… Read More HERE