The countdown to middle age has started. In a short time, I will be officially turning 40, and I can hardly wait. No, really… I’m downright excited about middle age.

October 20th, 2014, I checked into Sparta Hospital with a severe case of jaundice, a yellowing of the skin caused by liver problems. After 20 years of a serious addiction that I tried to pass off as no big deal, the evidence was now written on my face.

I was a drunk. And, drinking was making me sick. More sick than I even thought.
Upon taking blood, physicians advised me that a normal chemical count for an active liver should be between 0.5 and 2. Mine was 36.3. I was dying, and the decision to transfer me to one hospital, then another, was made swiftly. Doctors told me little, but I knew something bad was happening.

When I finally arrived, I received the finest care. At least that’s what everyone tells me. Apparently, my first few days there were spent in a coma that was half medication, half detoxification. Doctors advised my father that they estimated I had about two weeks to live and asked if he knew my final wishes. My body and mind went into shock, and from what I was told later, I had to be physically restrained at times. Also in that same span, I became irrational with my nurses and defecated in my own bed, just so they would have to clean it up. I remember none of this.

What I do remember is how I got there, though. I discovered the joys of alcohol around the ripe, old age of 19, although I was admittedly a small town kid who spent a good chunk of his adolescence around bars and pubs. My grandfather used to take us to the watering hole when he would ‘babysit’ us. It was no big deal when I got to college and started hanging out with an older crowd. I had been there before. I could handle it. 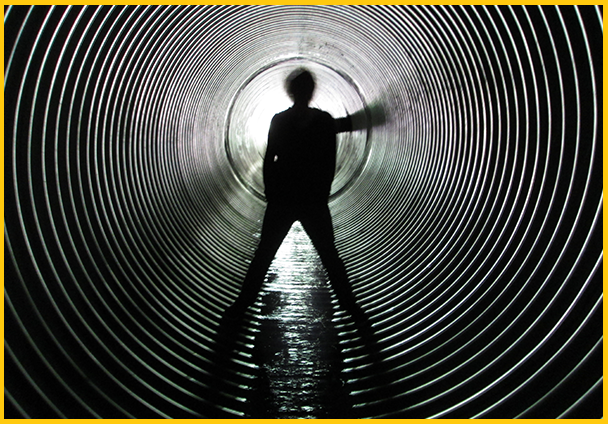 The twenty years that followed were almost like a train wreck of heartbreak and emotion, brought on by my own bottle-toting hand. Every door that opened closed immediately. I spent 16 years being a nuisance to a wife who finally got tired of it and left me, but kept our two little girls as a souvenir.

The desperate need and desire to get drunk may have been the scariest part of my addiction. It was like a job. I would get up and plan my day around my drinking schedule, not the other way around. And, sometimes it was difficult to manage on a tight budget. I remember reaching under my car seats, scraping my knuckles on the jagged metal underneath them, trying to retrieve loose change to buy a cold one. Gathering up a few quarters and nickels was a good way to quench your thirst. But, I had a rule. I would never pay for my booze with pennies. No, sir. Only a drunk would do that, right?

I did anything I could to maintain that fuzzy feeling. I neglected my work, ignored my wife and kids, and burned bridges with friends and family. When I was inevitably unemployed, I sometimes worked odd jobs for cases of beer. I would lean on old buddies to buy me just one more round. I borrowed money from my parents and would go visit friends just because I knew they had a cold one waiting for me in their ‘fridge.

For god’s sake, I pawned my wife’s wedding ring for it.

Now that I think about it, I guess I should take a second to wish a happy birthday to my oldest daughter. Her birthday is two days before mine, and she’s turning a big 15. She was 12 the last time I saw her.

Then there is my youngest daughter, who at the age of 4 stood helplessly as she watched her father having an alcohol-induced seizure. Lying there, unable to speak, I thought if I died, that’s how she would remember me: as a helpless and floundering victim of my own insanity. She would probably spend the rest of her life trying to make sense of it.

I curled up in that hospital bed and thought that I had finally gotten what I had deserved. All those years of giving the best part of me away to booze and only showing my dark side to others had come to cash its check. I deserved to go right then and there, a miserable memory of human failure.

The story does have a happy conclusion, however. You see, I actually end up living in the end.

I made a decision late in the night on the seventh floor of that hospital that changed me forever. I laid in bed, scared of the dark. A grown man, frightened by something that had not bothered him since he was a small child. Cold rooms and dimmed lights were grim reminders of what was going on around me. I listened to other patients let out animalistic growls of anguish. They were noises like I had never heard before and I could only think one thing. That must be the sound you make when your life is slowly leaving your body.

On this particular night, I heard one of those sounds finally come out of me. I got scared and cried, quietly, to myself. It couldn’t be this dark anymore. No matter how much shade headed my direction, I had to be like a flashlight. And, now, there was no playing around and no other choice. I would have to shine brighter than I ever had before, against all odds and with little room for error.

That’s when I lifted my head, maybe in desperation or possibly in a stubborn belief that it wasn’t quite over just yet. I began searching for the light, no matter how flickering it may have been. After all, alcohol had sucked the life out of me like a vampire, and we all know what kills vampires, right? 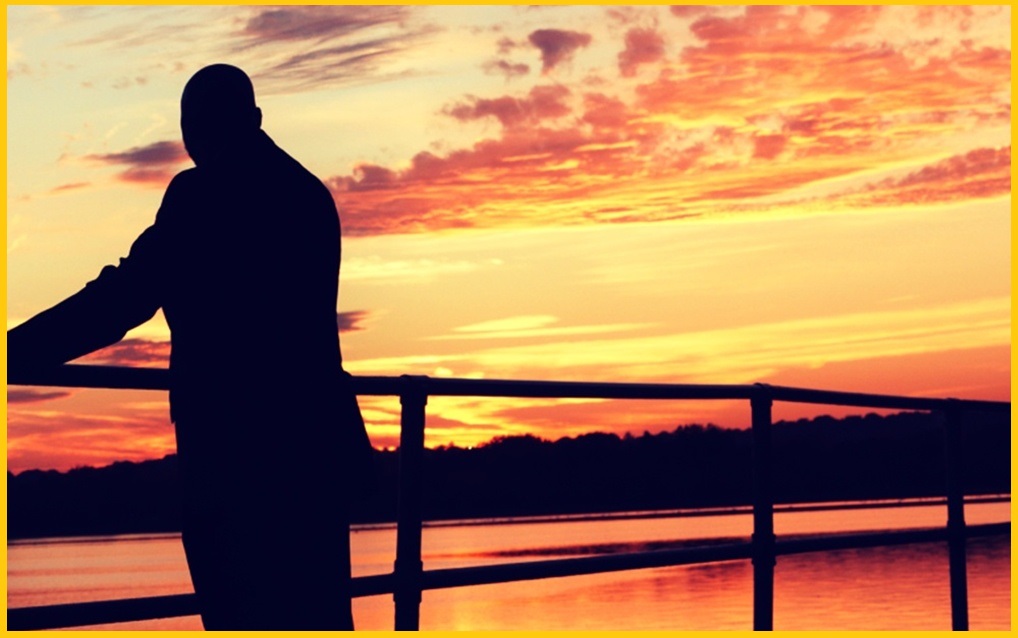 It’s a scary thing, knowing that every fiber of your being has to go into saving just one person… yourself. But these days, it’s more than that. I started listening to my physicians, often going beyond what they asked me to do, and I even came up with little rituals and tricks to take my mind off drinking. It became a fight for me, and the anger I had for the world was soon redirected and aimed at those damn brown bottles. They couldn’t do this to me anymore. I wouldn’t let them hurt me again.

Amidst all this, I found a clarity and happiness that is still a little foreign to me. Outside of never stepping in to a bar and avoiding some friends who are (quite frankly) bad influences, I have found other health improvements that I never thought I would enjoy.

I eat right, and generally try to live a healthy, active life. I’m happy to report that my doctors have seen substantial progress and feel I am making good strides. And, I feel great. I can’t do the things I used to do before, but that’s okay. I make adjustments My life is different now, but at least I have one.

Out of all the people who were on that hospital floor with me, I am one of only a handful who have lived and even fewer that go on to have a basically normal life. I got lucky and got a break that probably a million other people deserved more than I did. So, I decided that I wasn’t going to waste it. Everything I taste has to be savored, every moment remembered, and every birthday celebrated. Not for me, but for the people who didn’t get the gift I got this year. To see 40 candles lit up and somehow miraculously be here to blow them out.

When all the good time fireworks and party explosions finally flame out, it leaves behind a dense, gray spot in this world. And at times, that’s where you lie, awaiting either death or redemption. There are a lot of nights spent staring at a ceiling, yours or a stranger’s, and wondering how you ended up renting your own, personal basement in hell. That’s when it’s time for an escape plan.

That journey begins with feeling your way through what seems like an eternity of shadows. It starts out slow, but after a while it’s like riding a bike. You may get lost or even go in circles sometimes, but somehow you’ll know where you’re headed.

And when you get there, don’t worry…  I’ll leave the light on for you.

(originally published in the June 11, 2015 edition of The County Journal)