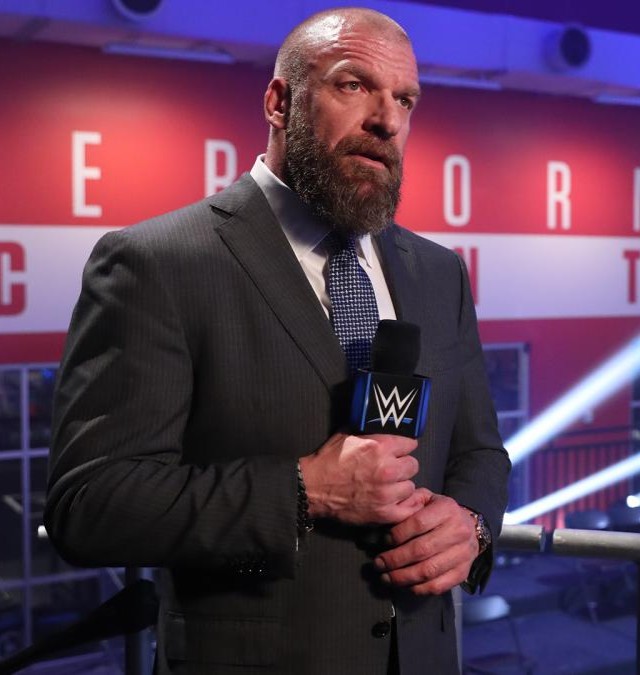 Triple H provided commentary on this week’s edition of Smackdown, which was aired from the WWE Performance Center – with no audience – due to the Coronavirus scare

World Wrestling Entertainment’s 36th annual WrestleMania, is, as of now, scheduled for April 5th at Raymond James Stadium in Tampa, Florida. Not only is it a massive event, but it’s a particularly international one.

According to an economic impact report released by WWE, the fanbase descending on WrestleMania last year in the New York City metropolitan area came from all 50 states and 68 countries, with similar numbers the previous two years in New Orleans and Orlando. WrestleMania is more than a singular wrestling card; it also features multiple shoulder events like a weekend-long fan convention, a Hall of Fame induction ceremony, and three additional arena-sized in-ring wrestling events. WrestleMania weekend is also much more than WWE these days, with numerous unaffiliated independent promotions running shows, making it akin to pro wrestling’s version of South By Southwest. That event, of course, was cancelled by the city of Austin due to coronavirus concerns, leaving the organizers of the official event in a hole since their insurance doesn’t cover disease outbreaks.

WWE, at least as of this writing, appears to be playing a game of chicken with the local government agencies in and around Tampa, with neither side willing to blink first. Answers were expected to come early Thursday afternoon at a public meeting of the Hillsborough County Emergency Policy Group, but they decided not to cancel anything after learning that WWE had deferred to them on the matter. In the grand scheme of things, WWE will be fine, regardless of what they do: They’re a big company, and even if they have to cancel events, whether part of the WrestleMania festivities or regular week-to-week TV tapings, they have spaces like the WWE Performance Center training facility in Orlando that can… Read More HERE