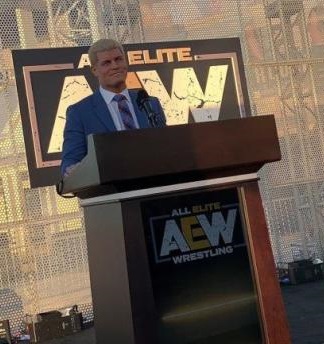 Last week, All Elite Wrestling held a big news conference to confirm most of what we suspected. The new promotion headed by Cody Rhodes and The Young Bucks has cash, good wrestlers, and attitude, placing it in a good position to chip away at WWE’s dominance. AEW is real and it’s spectacular.

David Bixenspan wrote up a quality post-mortem of the press conference last Thursday over at Deadspin. It’s worth a read, but the final takeaway is that this is as close to a modern, wrestler-led approach to the business end of pro wrestling as we’ve ever seen. The contracts are tailored to each wrestler and merchandise rights are far more generous, with wrestlers being able to operate their own merch shops—a far cry from WWE’s draconian control of wrestlers’ image and exclusivity clauses.

All of that is good, but where AEW represents a real change is in how injuries are handled. As Bixenspan notes, the rumored health insurance wasn’t confirmed, but AEW will be covering costs for any injuries incurred at their events. That’s a massive change from how most promotions—WWE generally takes care of in-ring injuries, as well—deal with injury issues and puts pressure on them to change up how pro wrestlers are taken care of … Read the Full Story HERE