WWE is Whitewashing The Ultimate Warrior’s Bigoted Past

The Ultimate Warrior once wished Bobby “The Brain” Heenan would die of cancer. Now the late wrestling icon is the emblem for WWE’s cancer awareness campaign.

By Rob Rousseau of VICE SPORTS 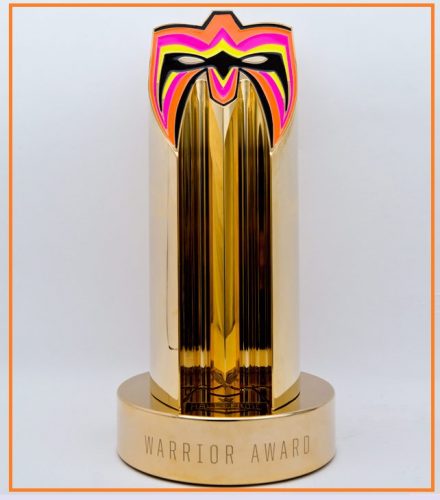 When WWE brought back Jim Hellwig a.k.a The Ultimate Warrior after a long and often contentious absence from the company in order to induct him into the Hall of Fame in 2014, it was a heartwarming story of triumphant redemption that could only ever take place in the squared circle. The day after his induction, he delivered a now-legendary promo on Monday Night RAW where he seemingly foreshadowed his own death… and then a mere 24 hours later, he suffered a massive heart attack and was gone.

If it had been left at that, you could almost forgive WWE for leaving out the not-so-heartwarming part of the story — namely, a series of homophobic and racist remarks made in speeches on college campuses and since-deleted blog posts in the mid-late 2000’s during Warrior’s stint as a conservative commentator…