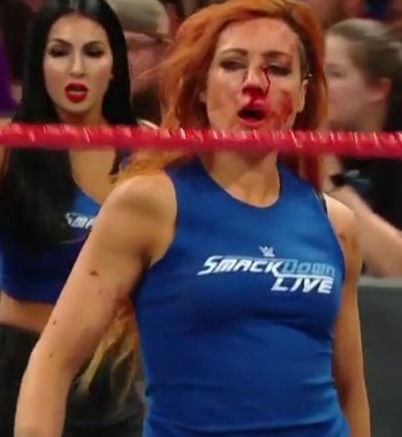 A significant part of pro wrestling’s in-ring appeal isn’t balletic dives or feats of strength. It’s the simulated violence, where we collectively sneak up to the line of the real, secure in the knowledge that it’s all under control, with pulled punches and magicians’ hands softening the headbutts.

That line can be extremely porous. As two high profile events over the past week proved, the simulation can turn extremely real through lack of care or maliciousness, and the results of real violence are very different from the stuff in the ring.

The first was during the David Arquette-Nick Gage match at Joey Janela’s LA Confidential on Friday night. Joey Janela has turned the weekends around each of WWE’s Big Four shows—Sunday was Survivor Series—into his own traveling circus show, where his post-ironic celebration of camp in pro wrestling runs into legitimate dream matches to make must-see pay-per-views over the past couple of years.

David Arquette might seem like an odd choice for a dream match, but the 47-year-old actor has quietly been one of the strangest feel-good stories in pro wrestling history over the past six months. It’s perhaps exited public memory, but he was talked into becoming WCW world champion in the waning days of that promotion. It was a farce meant to draw mainstream attention, and it did for a bit, but his reign went down as one of the major factors in WCW’s demise … Read the Full Story HERE