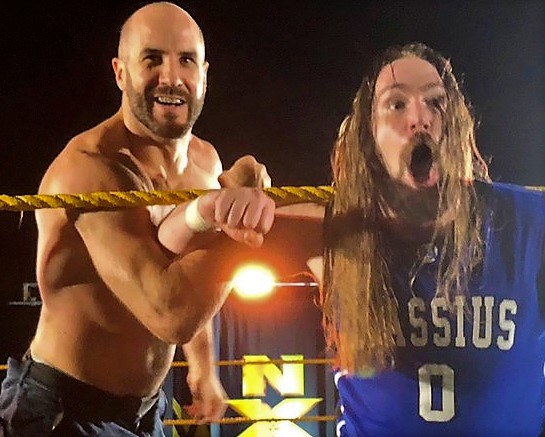 One of the cool things about NXT is that it doesn’t obliterate wrestlers’ prior histories when they show up. It would be a tough thing to do in WWE’s developmental territory, given that it’s slowly morphed from its Florida beginnings of muscle guys and changed names into a hip, wink-and-a-nudge homage to the best of the indies. The reason it’s successful is that people know a set of indie wrestlers, those wrestlers go to NXT, and the crowds follow. Same darkened, intimate setting, much higher production values.

You get cool moments which are a mark of how confident WWE feels, like Matt Riddle showing up for the first time without a dumb name like Ace Paxson III, or the way Roderick Strong is still pretty much the same Roderick Strong he was before he arrived. Even as wrestlers evolve into their WWE roles, there are little callbacks and references to the fact that, yes, these men and women did actually exist before New York came calling.

One of those callbacks occurred last Friday, at an untelevised NXT show. Kassius Ohno lay at the mercy of The Undisputed Era after a match with Adam Cole. WWE main roster wrestler and personal favorite Cesaro came out for the save, and the two of them did a few tag team moves to Cole to close out the show.

It was the reunion of The Kings of Wrestling, one of indie wrestling’s legendary tag teams … Read the Full Story HERE