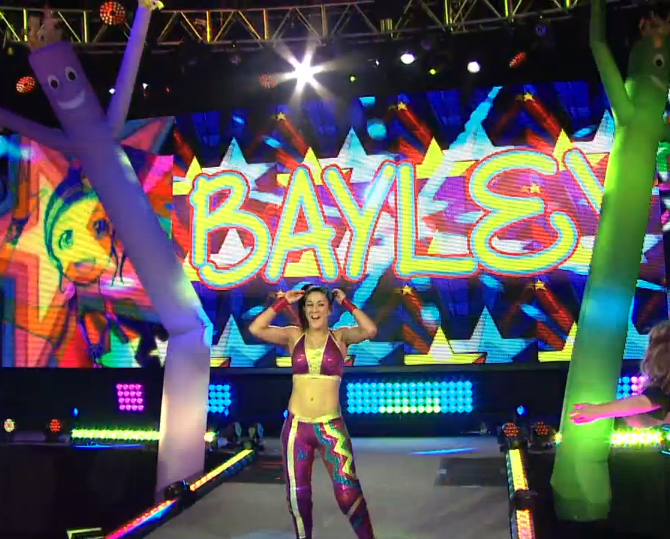 When she came up to WWE’s main roster from NXT, nobody felt like more of a sure thing than Bayley. A good but not a once-a-generation talent in the way Asuka is, she was blessed with a can’t lose gimmick and a natural aw shucks charm to go with it. She liked hugs, slap bracelets, and windsock people; she was a Lisa Frank Trapper Keeper come to life, and hundreds of neon-bedecked little girls confirmed her status as theirs. The next John Cena wasn’t going to be a musclebound guy with good looks; it was going to be Bayley, and her army was going to be girls who would be hooked on pro wrestling via their neon and pastel hero.

Bayley turned heel a little over a week ago, obliterating all that work, but her status as the next big thing for the preteen set went off the rails long before that. She’s been listless after briefly holding the women’s title after her move to WWE proper, a pale shadow of what she was.

It’s important to recall just what she was beyond the gimmick. Back in 2015, WWE’s trademarkable women’s revolution wasn’t personified by Charlotte, Alexa Bliss, and Asuka. It was Bayley and Sasha Banks, who … Read the Full Story HERE