When you think of greatest announcers in pro wrestling history, names like Jim Ross, Jerry “The King” Lawler, Gorilla Monsoon, Booby “The Brain” Heenan and Tony Schiavone might come to mind. All of those are great announcers to think of in that instance.

One person who doesn’t get all the recognition as one of the best announcers in pro wrestling history is none other than Vince McMahon. 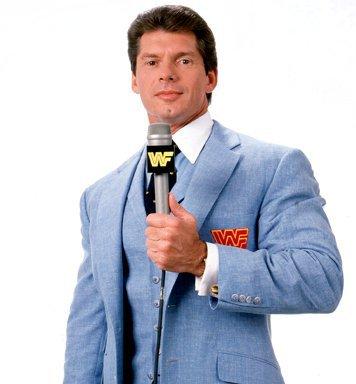 Now, some of you might be too young to even know McMahon was on commentary, as he was last a fulltime play-by-play announcer in 1997. Some of you might be old enough to know him as a commentator dating back to the 70s and into the 80s and 90s

Normally when you think of McMahon, you think of the billionaire owner of the WWE or the evil boss character, better known as Mr. McMahon. It’s not often when McMahon gets brought up that you think of good announcer/commentator.

The idea for this post sparked as I am an avid watcher of older wrestling shows, whether that be television or pay-per-views. Before the WWE Network came to be, I would watch Monday Night Raw from 1993 episode after episode on YouTube. That time period might not have been the best, but Raw and pay-per-views from 1993-96 will always hold a special place in my heart as that’s when I was really getting into the wonderful world of pro wrestling.

As I’ve been watching lately (I’m almost midway through 1994 episodes of Raw) I couldn’t help but think how good McMahon was at commentary. He had this ability to make the biggest stars seem even bigger. He could make a meaningless match (like a star – or established wrestler vs a jobber) into a match you can’t take your eyes off.

McMahon was a baby face announcer, and was the master of overselling, which made any match he had the call for that much more exciting. He had such an over-the-top enthusiasm and so much charisma while calling matches. He would hype up the baby face wrestlers and sell his disdain and disgust for the hated heel wrestlers. He was able to make stars, just as an announcer.

What makes him even better at getting guys over, whether heel or face, was the fact that he was the booker! He was the one calling the shots, but that wasn’t said on-screen until later on in 1996. But nonetheless, he sold every ounce of whatever show he was commentating on, while knowing what was to come.

A good or great play-by-play guy is always better with a just as good color commentator.

For McMahon, he had a bevy of color commentators to work with, some standing out more than others. The perfect recipe for McMahon to succeed in his role would be to have a heel opposite his over the top face persona. In the 1980’s, that was Jesse “The Body, Ventura, who would constantly pick on McMahon and cheer on the villainous bad guys.

When Monday Night Raw launched on January 11, 1993, McMahon was accompanied by “Macho Man” Randy Savage, and New York comedian Rob Bartlett. The latter of the two did not pan out which then allowed “The Brain” to step into the booth. While Savage rooted for all the good guys, Heenan would egg on Savage and McMahon. Then later on, McMahon and Savage would get a few over on Heenan. It was a great trio with tremendous chemistry. 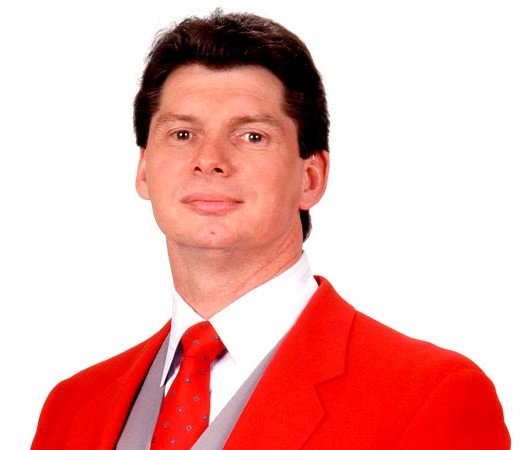 In 1994, Savage departed for rival WCW without notice. As my newfound colleague of this site, Lauren Conrad, wrote about what could’ve led Macho Man out of the WWF, and it’s one of the many wild theories that have run in wrestling for years.

With Savage now on the opposition, McMahon needed a new partner to tango with on the headsets. That man was Jerry Lawler. The duo was highly entertaining, especially with the King as such a dastardly, silver tongued heel. Lawler would always claim that McMahon had a toupee, which was not the case but watching back, it’s still hilarious to me. Later on down the road, good ol’ JR joined McMahon and Lawler and formed one of the best three-man teams in all of wrestling, past or present. All while the beloved Attitude Era was kicking off.

Among others that McMahon teamed with on the mic are the likes of Gorilla Monsson, Jim Cornette, Shawn Michaels, Mr. Perfect, Ted Dibiase and the Honky Tonk Man, and the list continues.

Vince McMahon will forever be known as one of the smartest men in pro wrestling and all of his success throughout his illustrious career. What should be close to the top of that success ladder is his announcing.

He had such a colorful personality that went perfectly with what he was trying to create for the masses of wresting fans, while calling the action. Vince will get a lot of flowers for everything… but today is about the announcing flowers.